This morning at the Journal, Rob Clough reveals his top twenty-five minicomics of 2010 (and throws in a few broadsheets for good measure).

Hayley Campbell files a personal report from the international comics festival of Barcelona, featuring appearances from her father (Eddie Campbell) and Kurt Busiek. Apparently zombies are kind of big in Spain.

Lots of Chester Brown coverage out there (the Journal's will begin next week).

Brad Mackay wrote a thoughtful review of Paying For It at the Globe and Mail. (Don't miss the panel-by-panel visual examination of Brown's style.) Mackay adds a little more background here.

Our own Sean Rogers reviews the book over at The Walrus. Sometimes I think the best writers about comics are all Canadian.

It is interesting to me that Mackay (like many of the reviewers so far) draws a clear separation between the comics section of Brown's book and the commentary that follows it. ("I expect most people will judge this book on the comics, not the commentary, and these are some of the best comics of Brown’s career.") In my reading of the book, I wasn't able to separate the two so cleanly. I am not talking about the obvious political dimensions of the book (which advocates for decriminalizing prostitution, if you just logged on to the comics internet for the first time)—most adult readers are able to appreciate material morally alien to them to one degree or another. I just mean that the notes so inform the rest of the book (and the character of "Chester Brown," among others) that it seems to me a distortion of the book to divide the parts too cleanly.

Somewhat related: Ed Park contributes an excellent essay touching on Brown's frequent use of notes throughout his career, and particularly in Paying For It, for a new website called the Toronto Standard. If you are the type of reader who doesn't like to know how a book ends beforehand, you might want to bookmark it for now. But don't forget to come back later. This is one of the best things about the book I've seen so far.

Nick Gazin's latest comic-book review column for Vice is up, and includes short interviews with Gilbert Hernandez, Johhny Ryan, Michael DeForge, and Benjamin Marra. (The Gilbert H. interview is the longest and best.) 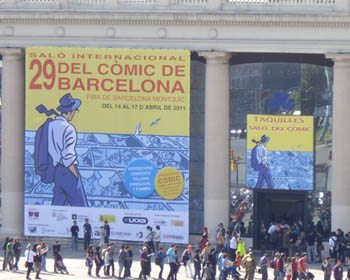 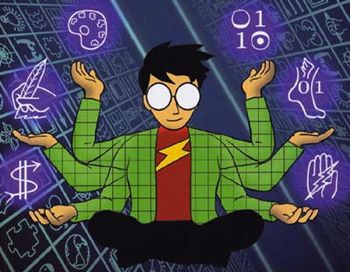