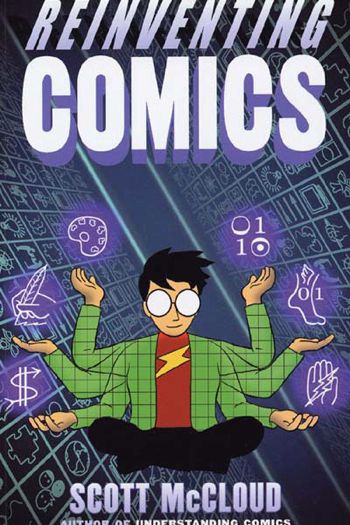 I remember The Comics Journal’s first webcomics column because I got reamed in it. This was back in 2003, when everyone was into hating on Scott McCloud because he thought the Web was going to be the next big thing, and where did he get off telling us what the next big thing was going to be, him and his perky little cartoon face. Gary Groth had recently written a two-part dissection of Reinventing Comics wherein he predicted that webcomics would turn into thinly-veiled shills for telecom conglomerates because it would be the only way to get into those essential AOL-exclusive portals, which is roughly equivalent to arguing that telephones are a bad idea because people will be forced to use them to talk about AT&T all the time.

For those of you who got on the Internet after 1998 or so, AOL stood for America Online. It was a company.

Anyway, TCJ’s inaugural webcomics column, written by someone I think was Milo George using a girl name, struck a sort of perversely pro-McCloud stance, judging webcomics strictly by their use of McCloud’s online “infinite canvas.” I’m too lazy to dig out my back issues now, but the opening lineup of Serializer.net, including Trunktown, a strip I did for a while with Tom Hart, was weighed and found wanting. Drew Weing’s Pup, a damn good comic, made it through with high marks, and, hey, Drew Weing is still out there, still doing damn good comics, although not so much with the infinite canvas anymore. Then TCJ got bored with webcomics and there was no second column, although in a later issue Tom Spurgeon described Trunktown as “a nineteenth-century blog,” which I liked even though I still have no idea what it means.

Maybe the Journal’s approach to webcomics back in the day was on the dismissive side, but that’s TCJ for you. If TCJ were sent to cover the Covenant of Abraham, the article would open with eight paragraphs complaining about how everyone is jumping on the stupid monotheistic-religion bandwagon and the writer is already bored with the trite device of divinely bestowing fertility on elderly patriarchs. The rest of the article would be about Robert Crumb. 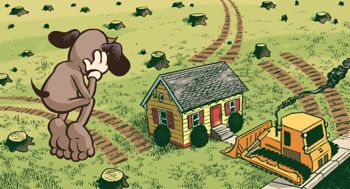 In the end, everyone talking about webcomics in 2003 was wrong. Experimenting with the vast visual and structural possibilities of the digital realm, as McCloud dreamed, has turned out to be less popular than doodling gags that readers can send around to their friends, or, barring that, stuff with furries. Webcomics didn’t whore themselves out to telecom companies because it was the only way to drive traffic; they whored themselves out to video-game companies because webcartoonists are nerds. Serializer.net hasn’t updated since 2007, and blogs are probably not even a thing anymore. Now you have to whore for iPad.

But McCloud was right about one thing, and it turned out to be the biggest thing of all: the Web was a force the comics industry would have to reckon with. Not only is TCJ forced to pay attention to webcomics now, but TCJ itself is on the frickin’ Web. Because everything’s on the Web. And the Web is not, as it turns out, either McCloud’s artistically-unfettered, Omni magazine-inspired Land of Cockaigne or Groth’s bleak corporate-boot-stomping-on-a-cartoon-smiley-face-forever dystopia. It just is.

And it’s big. Looking out across the vastness of the Internet, I suddenly realize that, in 2011, choosing “webcomics” as a topic for a column is roughly equivalent to the time my fourth-grade gifted class chose “the ocean” as our research topic for the semester. It turns out The Ocean covers most of the planet and is full of all kinds of stuff: water and weather and fish and chemistry and geography and steamships and manatees and rocks and sand. In the end my class didn’t even begin to make a dent in covering The Ocean and instead spent most of the semester watching episodes of Voyage of the Mimi taped off PBS. From this I learned that The Ocean also includes this awesome episode where the crew gets shipwrecked on a desert island and the hot teenage boys have to snuggle together with their clothes off to fight hypothermia while young Ben Affleck learns why you shouldn’t drink seawater.

What I’m trying to say is, it’s a big topic. Bigger than it was in 2003, when it was already too big to ignore. Now it covers most of Planet Comics. And for some reason I’ve agreed to cast my net into that ocean once a month and see what I can dredge up.

Last week news broke of the death of Bill Blackbeard, “The Man Who Saved Comics,” whose idiosyncratic obsession with collecting newspaper comic-strip pages resulted in the preservation of thousands upon thousands of comics that would otherwise have been lost to history. Because the comics were saved, they could be read and loved again. Blackbeard’s Smithsonian Collection of Newspaper Comics, and the countless comic-strip anthologies that mined his vast archive for material, inspired Chris Ware and Mark Newgarden and Jeet Heer and Art Spiegelman and Scott McCloud and Drew Weing and Tom Hart and me. He was our equivalent of Henri Langlois, the theater owner who collected old film reels back when everyone else was throwing them out, and whose Cinémathèque Française sparked the French New Wave and, ultimately, most modern film. I don’t know if the comics industry deserved its own Henri Langlois, but it got one.

Bill Blackbeard’s warren of yellowed newspaper seems a galaxy away from the world I’m supposed to be writing about, the 256-color digital Boom Tube to the future. Nobody worries about preserving online comics, although maybe they should. (In 2003 one of the most celebrated “infinite canvas” comics was Patrick Farley’s trippy sci-fi spectacle Delta Thrives. Tried finding Delta Thrives online recently?) People talk about digital books replacing their paper counterparts entirely. No one will ever again save an entire art form by piling newspapers floor-to-ceiling in his house and dubbing the result an “academy.”

But to be honest I don’t see a difference. Never have. I’ve surfed the Web in search of that rare spark that illuminates a Kate Beaton or a Jenn Manley Lee, and I’ve sifted through crumbling National Lampoons in the back rooms of hole-in-the-wall bookstores to find a forgotten Shary Flenniken. It’s the same thing and it always will be. Diving into that ocean, letting it swallow you whole, and hoping you can surface clutching one thing that tells you, Yes. It was worth it. Today I won’t break your heart. 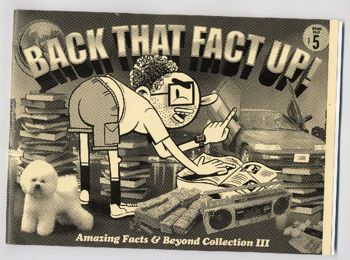 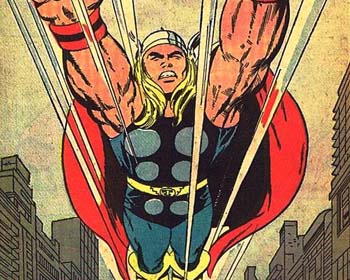