Today on the site, Frank M. Young is here with an article on Roy Crane's Buz Sawyer, and what he considers its surprisingly mature take on marriage.

Buz Sawyer offered Crane a new beginning and a grueling workload. In later years, Crane groused in later years about having to do a comic strip without assistance. His righthand man on Tubbs, Leslie Turner, stayed with the strip, which he continued through the end of the 1960s. Sawyer’s first full year is more of the same—brutal war narratives occasionally leavened with slapstick humor.

Its main character was no rootless soldier of fortune. John S. Sawyer had a small-town family background in Texas, and was a seemingly well-balanced, ideal red-blooded American boy. A college football hero, he had a wealthy girlfriend back home, Tot Winters, whom he seemed destined to marry. During a home visit in late 1944, Winters’ father takes Sawyer aside and intimates that he’ll have a cushy postwar job in the Winters underwear company.

Tot is arrogant and petulant. Her encounters with Buz never feel warm or welcoming. Buz feels obliged to marry Tot but has obvious misgivings about his future. On December 29, 1944, Christy Jameson literally rides into his life—on horseback—and begins one of comics’ few mature, reasonably realistic domestic relationships.

And Karl Stevens is here with Day Four of his Cartoonist's Diary. Today it's off to the beach.

My character Zippy was, in name and personality, a byproduct of photographs I saw from the old Barnum and Bailey Circus sideshow of a character they called “Zip the What Is It?” and sometimes Zip the Pinhead. Zip’s real name was William Henry Jackson or William Henry Johnson [1857-1926], depending on what source you cite. I prefer Jackson because that’s my name William Henry Jackson Griffith. I was named after my grandfather William Henry Jackson, who was a renowned photographer of Western landscapes. He was one of the top sideshow performers in the country. I found that out about Zip years later, looking through some books at [cartoonist] Kim Deitch’s house. Zip was a pretend pinhead. He was not a real pinhead. Back then being a “pinhead” was an expression meaning someone with nothing upstairs.

HILOBROW: Eternity Girl is like reading a mandala. How did you harmonize the simultaneous actions, the grand patterns and granular details in these radial or dispersed compositions?

VISAGGIO: Anything about the visual composition of the page was largely Sonny [Liew]. Sonny was kind of notorious for ignoring stage directions and doing his own thing, and he was very much correct to do so; I was always real eager to see what he would do. The cover that he did for the second issue was sort of the introduction of that. I started writing things saying, “if you want to do something here like that, I think that would work.” But mostly he just did whatever he thought would elevate what was happening in the moment. Sonny is really an extraordinary artist, and he always found a way to make the page do more work than I was asking him to.

Describe yourself with one word or short phrase
The UK’s most isolated cartoonist, so they say.
Is there a personally relevant quote or statement that you find agreeable?
“Waking, a half mat. Sleeping, one mat. Rule the nation, a fistful of rice”
“When we die, a fistful of ash… That’s all we are.”
Headless Sakon from Lone Wolf & Cub by Kazuo Koike and Goseki Kojima. 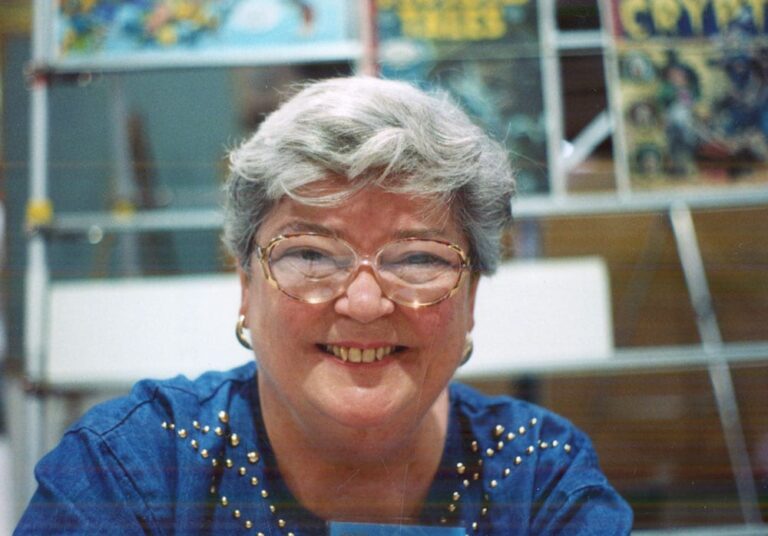 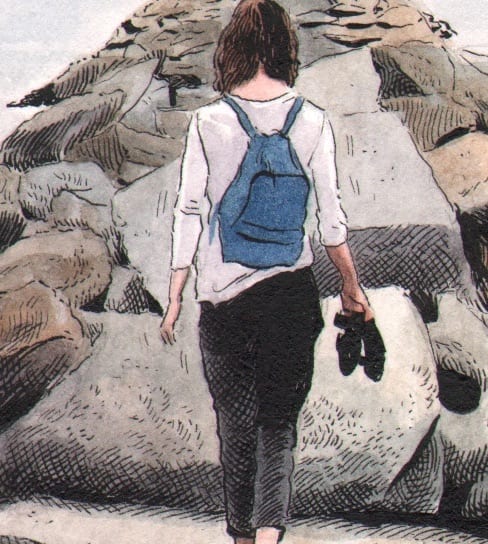