Last week, some adjustments to the TCJ website made the backend of the site unusable for a time, which is why you did not see a blog post. Previously scheduled posts did appear that day. Since then, we've worked with the website programmers so that we'll be able to return to regular posting, and it is our hope that the upgrades we were in the process of setting up will appear without issue in the coming weeks.

On Friday, we featured Greg Hunter's most recent episode of Comic Book Decalogue, this month featuring Ben Passmore. In it, the BTTM FDRS creator discusses the impact of Prince of Cats, shelving a post-collegiate magnum opus, and when leather jackets and moshing came to hip-hop. (As observant readers will note, Greg refers to this as the podcast's penultimate episode. More about that later...)

Today's feature comes to us from the sorely missed Ng Suat Tong, who goes into great detail to refute recent criticisms of Mort Cinder that have focused on the book's plot and narrative mechanics.

There have been suggestions that Oesterheld dragged out and improvised the introduction of Cinder because of Breccia’s difficulties with finding the right look for the character—hence the strangely meandering first chapter (“Lead Eyes”). Yet whether this forced discursion truly affects the narrative as a whole is difficult to determine.

While the construction of Mort Cinder has been noted to be a flexible and collaborative effort between Breccia and Oesterheld, there are distinct and recurrent motifs in it which suggests it was not put together for reasons of mere entertainment or with little forethought. If anything, there is a coherence and depth in its plotting which suggests a steady hand at the tiller.

Last Friday's review came to us from Rob Clough, who took in Robert Dayton's Empty Bed and came away laughing.

Robert Dayton's The Empty Bed is a long howl and a laugh up his own sleeve. This is the multidisciplinary artist's first long-form comic, and its mixture of word and image has more in common with Ray Fenwick's typographical comics than anything else. This is a dense, splotchy pen-and-ink affair about a devastating breakup. Actually, it's not so much about the breakup as it is the long, long aftermath. That aftermath, featuring the dreaded "I love you but I'm not in love with you" rejection, is interminable, self-indulgent, self-pitying, and frequently hilarious.

Today's review comes to us from Tom McHenry, and it's of one of 2017's more inventive works, Sophia Foster-Dimino's Sex Fantasy.

The past week saw a flurry of action involving DC Comics, sexual harassment and online activism. As covered by comics websites like Bleeding Cool & The Beat, the general story followed what is now becoming standard operating procedure: a victim's public proclamation of harm, support from major industry figures boosting the story's profile, websites & social media users deducing and publicly declaring the name of the alleged predator, and then the firing of the individual. It took less than a week for this situation to reach that conclusion. One would hope that kind of pace will eventually find its way towards curtailing the abuses described in the first place. 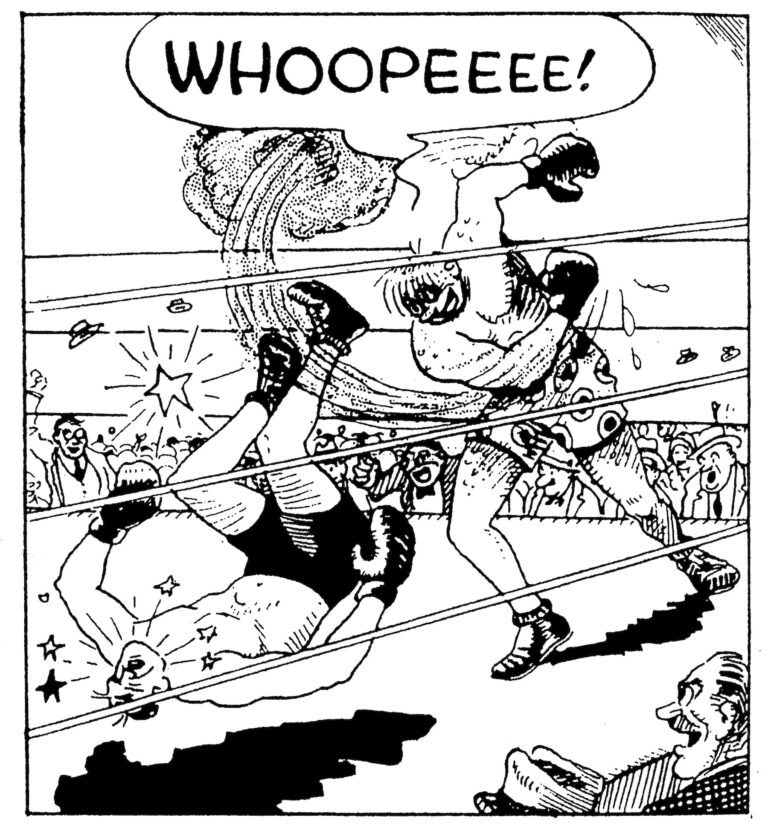 Hubris and Chutzpah: How Li’l Abner Kayo’d Joe Palooka and Both Their Creators Came to Grief (Part 2)