Hey, today on the site we have a lengthy interview with one of the best cartoonists alive, Kevin Huizenga. Whenever I think of a new Kevin comic I get happy at the prospect. Anyhow, here's a snippet.

Sobel: Why did you decide to redraw the first issue of Kona and what was the experience like?

Huizenga: It was a great experience because for a couple weeks I didn’t do anything except redraw those pages, and there wasn’t much to think about. I hadn’t felt that simple joy of just drawing comics without thinking about it too much in a long time. I’d love to do much more of that but there’s just not enough time. I have so many ideas for things.

Sobel: Was there a reason you chose that particular issue of Kona?

Huizenga: Well, ideally I would redraw the entire first ten issues. That’s a great run of a crazy comic. Jason Miles turned me on to it, but I guess everybody knows about it. They’re great. For me it’s not the art so much as the writing. The writing is crazy. The art is crazy and great, too, but I feel like the writing should get more attention. I feel that way about a lot of old comics.

Sobel: Who was the writer?

Huizenga: That’s a whole mystery because he wasn’t credited and for a long time nobody knew who it was. Now somebody thinks that they’ve established that it was this mystical rabbi in New York. It almost sounds too good to be true, like a comic book plot itself. I think they’ve got good evidence that it was this guy. Lionel Ziprin was his name. I haven’t checked into it too deeply.

But I feel like there’s a lot of love for the artists of old comics, but you don’t hear people talking much about the old writers. I mean, it’s complicated. There’s good writing and then there’s writing that is so crazy that’s it’s fun to read. It’s like with cult films, which can get tricky. But I think one way to point to some of that old comics writing is to redraw them in your own style so you take away the focus on the art but keep the weird writing.

Sobel: Did you reproduce the writing exactly?

Huizenga: I fixed a couple things for the sake of reading, but that’s it. And like I said, the first ten issues are all awesome and it would be a dream project of mine to somehow draw all those, but it’s totally impractical. I have no time for that. Unless I could get paid good money for it somehow.

Sobel: How was it copying the panels?

Huizenga: It was a good exercise. I changed around panels that I didn’t like. I think it helped me learn to draw hands and bodies better. I should do more of these. I’m working so hard on Ganges #5 right now and sometimes when I think about how little I can get done in a week it’s just depressing.

Well, we certainly got a lot of comments about our comments. Here's what we're going to do until Monday, which will satisfy no one but ourselves: We will now moderate all comments and filter out anything we don't find in some way productive or entertaining. We will be stringent about this, and thus will delete many of the types of things (Lee/Kirby nonsense, obvious bad-faith arguments, blatant trolling) argued against on the thread. Take into account that we are both devoted Howard Stern listeners (for you non-Americans, Howard Stern is a figure of wisdom and devotion who functions for many of us as a kind of benevolent spirit guide), so our standards are pretty enlightened. After Monday we'll either decide to continue this policy or shut down the comments all together. How's that for an anti-climax?

Sarah Boxer on the early and frequent deaths of cartoon mothers.

Comics-related: A new web site from MoMA dedicated to Ray Johnson's print design work has launched and it is spectacular. Ray Johnson, besides being a Nancy enthusiast and mail art correspondent with the likes of Karl Wirsum and Gary Panter, made wonderful objects and books. His correspondence is collected here and this is a reissue of a great artists' book.

Finally, here's an interview with one of my favorite humans and cartoonists, Lauren Weinstein. 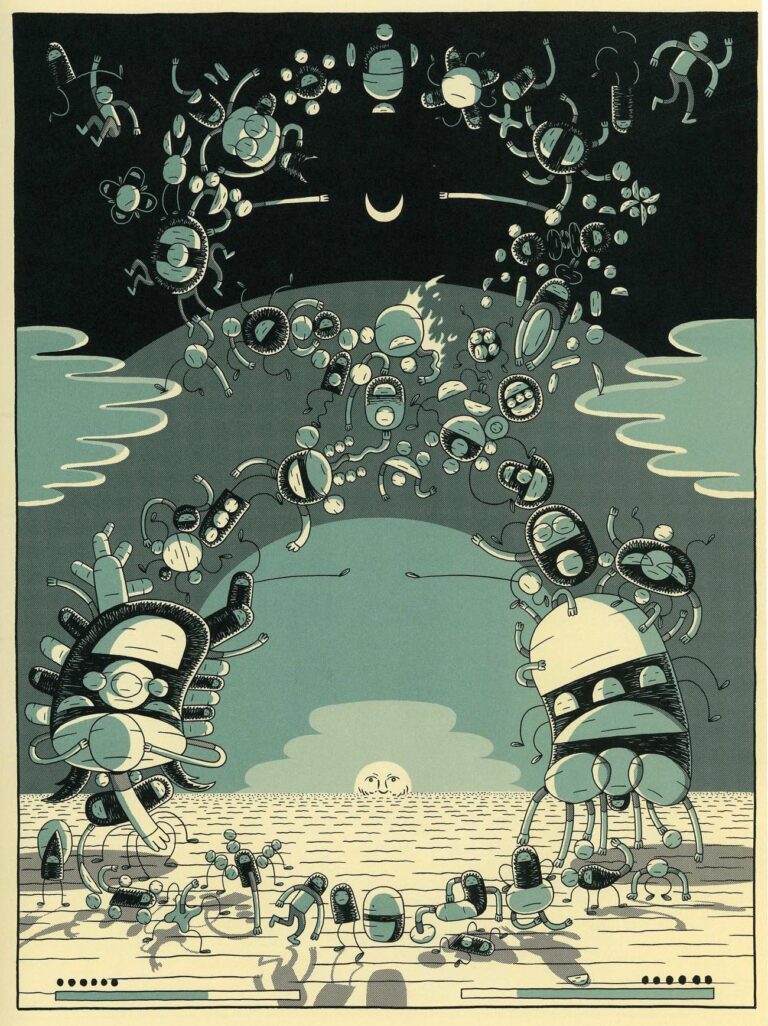 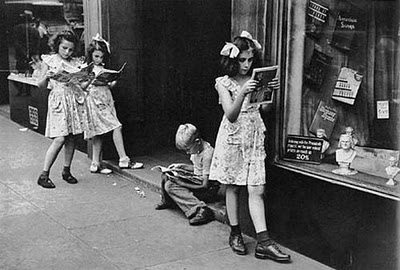