TRAPPED IN HELL WITH THE NEW MUTANTS: OVERTURE
The Rambling Prelude to a Hilarious Cycle of Capsule Reviews

So… Quarantine. Everyone’s talking about it. The hot new fad from the Quarante region of France...not just sparkling isolation. So what to do, other than regurgitating months-old Twitter jokes that were already terrible the first time? You’re sitting alone in your home, or with your family who you love or maybe hate but you aren’t really about to mention that to them right NOW, are you? Were you prepared? Do you have enough food? Is the air breathable? And more importantly, do you have some comics to read, right now?

In the event of an emergency, I am always prepared with a stack of slop from the quarter bin, and this time I was especially prepared. Or so I thought. Literally a day before every workplace and campus shut down in Toronto I went to my LCS and thumbed through their generous fifty cent bin QUITE liberally...on account of the crisis. I walked out with a stack of new manga, the new Deforge, and about 18 dollars worth of fifty cent comics (this piece I’m writing? It’s math class now. I hope you like knowledge!)...on account of the crisis. On the way home I picked up a vinyl copy of Kate Bush’s The Dreaming for only 20 bucks Canadian, girls can you believe it - and buddy you can bet I did that to prepare for the crisis.

Out of my obscene pile of cheap floppies came thirty issues of The New Mutants, written by Chris Claremont and later Louise Simonson, illustrated primarily by Jackson Guice, Brett Blevins and Terry Austin with some star turns by the likes of Kyle Baker, Bill Sienkewicz, P. Craig Russel, Kevin Nowlan, Sal Buscema and other talents I might be surprised to see were this not a Marvel comic from the mid-1980s, shuffling around its more inspired journeymen like so many potato chips. I had a few loose issues of New Mutants sitting around over the years, a consequence no doubt of a used bookstore that had five for one dollar polybags that you couldn’t see all of the titles jammed into when you bought them (I got several good issues of John Byrne’s She Hulk that way, lucky little girl I was...great run on the great green lady by horny scab genius JB. ANYWAY), but I definitely had never read a single issue. Many a New Mutants cover had stared up at me from the 50 cent bins over the years, crying out never to be abandoned again. They are vivid to me. Frightening even.

One issue I definitely had was issue 59. Look at it! An actual nightmare! I’m not even going to write a flowery description (yet) just that every part of it feels calculated to make me fear. Stiff. Janky. Painful. Alien. Sonic the Hedgehog fanart energy but punk.

When I was in my early teens I used to have nightmares where I would realize that I was dreaming, but the dream I was having was one that only adults were allowed to have, and because I was a child having the dream, I was going to wake up in a different, worse world, or no world at all. I had caused the end to come by dreaming. When I was a bit older I remember watching some of the Fleischer-era Superman cartoons on Youtube with my little cousins, and there was this one link, it had like a dinosaur on the thumbnail or something, that the older of my two little cousins insisted I must not click because “that one’s not for children it’s for adults.” The Internet is a scary place, sure, but this was definitely just another retro Superman cartoon. But he was so so so insistent, like the minute I clicked it Superman would be dead, very dead, and all mothers would die, for real, everywhere, Pandora’s box would be very open, all the In the Mouth of Madness monsters would be doing the Monster Mash, we’d all see the Color Out of Space and we would never be allowed at the playground with normal kids again. That’s exactly the vibe I got off of the New Mutants as a kid. I wanted to know more, because I imagined a violent world of sin that was very very real and possibly cool or else reeeally embarrassing. I could never allow myself to peek beneath those covers for long because that knowledge would cast me out and probably Lucio Fulci’s The Beyond would happen.

Smash cut to later years in my life to a time when I have seen Lucio Fulci’s The Beyond multiple times (City of the Living Dead is the actual GOAT of that filmog, IMHO), I’m a changed woman, a survivor even, and dare I say it pretty gay! And the world is on fire. I look at that New Mutants cover and some other things that say New Mutants on them and I am unafraid. This year is all about exploration and self discovery, I suppose. But who were The New Mutants, what was their whole deal about, what made them so different from the old mutants out there, those ex-men, and all their adventures? Quarantine, I reckoned, would be the time to find out.

As of today (one week into quarantine) I’ve now read about 8 issues of The New Mutants, thumbed through the rest of my stack and still intend to read them all. I regret my decisions immensely. I can tell you this much - I do not know who The New Mutants are. I’m not really sure what it is they do. And this is not for lack of trying to inform me, crazy Claremont makes sure his cast monologues every single emotion and experience they’ve ever felt including right this second roughly every two panels. And this seems to be one of those comics beset by that biggest of problems in a big 2 comic since at least the Shooter years, where every couple of issues there is a tie-in to some line-wide crossover event. It’s less coherent than recent Marvel comics where The Brain Trust really has put together a plan in a literal board meeting so it ends up being really disjointed, like for two minutes everyone’s really concerned about their Beyonder-related angst and those Days of Future Past and then you’ll just never hear about it again!

The art is often pretty bland, not bad but surprisingly uninspired. There are some outliers here and you're going to hear about those in excruciating detail, but I’d probably be less jazzed about them if the art were more exciting on average. Maybe it will get better? My thirtyish issue run, with some gaps and outliers, basically starts at issue 41, presumably well past the peak of the series or the memorable moments. I know the "Demon Bear" arc is a classic, and it sounds like a classic - Sienkewicz going ape over some purrrrple prose about a mutant woman in the snow getting chased by a big bear? please! - but I’m definitely well beyond that ship sailing.

What do I know about the New Mutants. From memory. I know that Magneto is a good guy now, an angsty, conflicted, p r o b l e m a t i c ANTI-hero, but on the side of angels, on the side of Professor X, he’s now a teacher at the mutant academy and the New Mutants are HIS students. Is Magneto their dad? Probably not, but maybe. One of them is named Cannonball, he’s from The South, he’s dating Dazzler (hot) and he flies around. There’s an indigenous girl, I like her, she’s technically a Valkyrie and this makes her really uncomfortable because of her heritage and she cannot stop monologuing about this. One of them is Brazilian and is angsty about not being strong enough, or being too strong, or something. There’s a werewolf woman, and a robot who has technology powers or something and has a legitimately very cool design but annoying trademark speech quirks that make me wish he’d go away forever. One of them is literally from hell I think? Is being a demon witch a mutant power? Like that’s fine with me but uh. Hm. That’s definitely not all of them. Dunno how they met. They have enemies????

I’m very confused, and upset, by the New Mutants, but I do love them, as brothers and sisters, in the struggle, against something. Bad comics? I really don’t like reading these comics, but I don’t have much better to do and I feel like I am friends with them, and besides, Tucker seems to think this sort of self-harm might be entertaining for readers like you. Is it? I feel like The Comics Journal has readers old enough to remember the New Mutants, what their whole deal is, I can only imagine that this blogpost-core buffoonery is going to grate on a reader like that. But perhaps what I’ve got to offer is the....gen-z?...perspective…

NEXT: I actually talk about comics! At length! Positively, even! Don’t believe me? Just you wait! Stan Lee is dead and Jim Shooter lives!

The Passion of the Christ (Boy): Recent Work By Evan Dahm 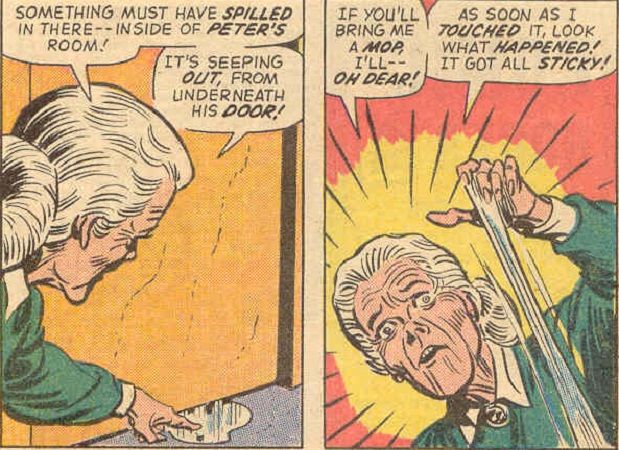