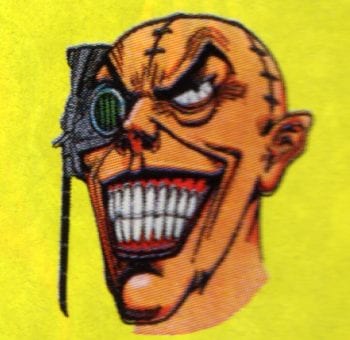 This is Manga Man, a mascot character for the anime licensing and distribution company Manga Entertainment in the 1990s. He shows up on social media every so often, because no more succinct summary exists as to the way Japanese comics and animation were sold as corollaries to western nerd tastes at that time. That said, I've always wondered who drew the toothy fiend. Something very sinister going on with that impish face; he almost looks like Kris Guidio's drawings of the notorious David Britton literary character Lord Horror, albeit bald and cyber. If anyone had any information, please write in; I'll be sure to thank you upon my immediate induction into the Will Eisner Comic Industry Awards Hall of Fame. 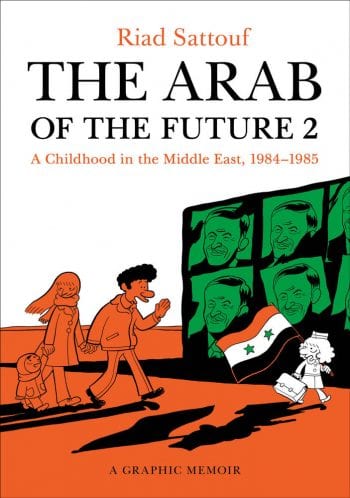 The Arab of the Future 2: A Childhood in the Middle East, 1984-1985: This is the second autobiographical comic in translation from cartoonist and filmmaker Riad Sattouf, a 160-page Metropolitan Books softcover edition of a 2015 French release; its predecessor won the Fauve d'or at Angoulême in French, and received a good deal of later press attention in English. The time period here covers time spent living in Syria: "the daily sadism of his schoolteacher, the lure of the black market, with its menu of shame and subsistence, and the obsequiousness of his father in the company of those close to the regime." Official site; $26.00. 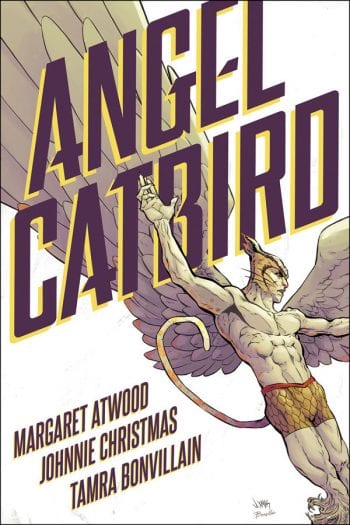 Angel Catbird Vol. 1: Not a dream, not an imaginary story, not based on an unproduced screenplay or transubstantiated via an intermediary scriptwriter - this is indeed an original YA superhero graphic novel written by Booker Prize-winner Margaret Atwood, who has some enduring connection to comics: she wrote and drew a strip for This Magazine in the '70s, still occasional produces webcomics, and last year authored a tribute to Kate Beaton in the Drawn and Quarterly anniversary book. It appears this 112-page Dark Horse softcover also ties in with various Nature Canada initiatives re: bird and cat safety, with helpful information at the bottom of certain pages a la Jack T. Chick tracts. I like Chick tracts! Art by Johnnie Christmas (recently in Image's Island anthology), as colored by Tamra Bonvillain. Preview; $14.99.

Disillusioned Illusions: Being a new release for this recent graphic novel by Greg Stump -- a longtime Journal contributor and alt-comics creator -- initially self-published in 2009. It is now published by Fantagraphics via its FU Press imprint, which describes the work as "a touching tale of persistence and a scathing send-up of bibliolatry," concerning a pair of optical illusion silhouette drawings that try and break into the booming graphic novel market through delegation and strategy. Quite a simple, comedic strip-art approach, building its humor from repeated character shapes and copious dialogue. In softcover, 356 pages; $30.00.

Cat Rackham: The newest release from Koyama Press, devoted to a cartoonist with whom they've worked for half a decade - Steve Wolfhard, perhaps best known for his production work on the television series Adventure Time (the creator of which, Pendleton Ward, also contributes some poetry here). A 124-page color hardcover collects all appearances of Wolfhard's hapless comic book and webcomic cat character, who gets into frequently grotesque trouble in the natural and psychological world. Samples; $19.95.

The Lost Work of Will Eisner: The result of a 2015 Kickstarter campaign, this 11" x 6.5" landscape hardcover from Philadelphia's Locust Moon Press collects a pair of newspaper strips produced in the 1930s by a very young Eisner, some drawn before he was 20. Uncle Otto is a zany strip with a silent title character, while Harry Karry is an espionage strip with shadowy touches that prefigure The Spirit. An introduction by Denis Kitchen will also appear in these 72 pages; $24.99.

The Z Factor (&) Zagor: Voodoo Vendetta: EUROCOMICS, ITALY! Epicenter presents two more color collections from the popular archives of Sergio Bonelli Editore, both with a horror slant. The Z Factor is a 2014 feature from the anthology series Le storie, 120 pages, concerning a traditional-looking living dead scenario. The creators are Giovanni Gualdoni & Marco Bianchini. Voodoo Vendetta, meanwhile, is a 1996 storyline for the long-lived Sergio Bonelli/Gallieno Ferri-created 19th century woodland warrior concept -- almost certainly the most successful Italian comic set in Pennsylvania -- here written by Mauro Boselli and drawn by Mauro Laurenti. Zagor is menaced by bewitched living corpses across 220 pages, for that is his lot; $11.99 (Z), $13.99 (Zagor).

Humanoids Presents: The Jodoverse (&) Heavy Metal #282: EUROCOMICS, FRANCE! NON-RIAD SATTOUF DIVISION! IN PART! Or, at least both of these items flow divided from the fountainhead of Les Humanoïdes Associés. The Jodoverse is a bargain-priced 112-page sampler of comics spun off from the universe created by writer Alejandro Jodorowsky and artist Moebius via the 1981-88 series The Incal, though Gir is only represented in the original work. Otherwise, expect appearances by artists Juan Giménez, Zoran Janjetov and Fred Beltran in bits from The Metabarons, The Technopriests and Megalex, which should also provide an edifying chronological overview of the tendency toward photorealist art in these SF sagas. A few of them first appeared in English through Heavy Metal magazine, though the days of that forum translating whole BD albums in an issue's space are gone; at the moment the magazine is presided over by the comics writer Grant Morrison, and I can't say I've stopped to take a look. Still, Morrison and artist Rian Hughes once collaborated on a relentlessly bleak Dan Dare revival for the British magazines Revolver and Crisis, so it may be worth seeing them reunite here for a pair of short stories, along with (among other things) a likely impenetrable segment of an Enki Bilal album and a reprint of a Bill Sienkiewicz story from Epic Illustrated, which has to close some sort of loop somewhere; $4.99 (Jodoverse), $7.95 (Heavy Metal).

Eddie Campbell's Omnibox: The Complete Alec & Bacchus: Finally, though it is not generally my practice to list packaged sets of separately-published books -- particularly when one of the books was released just a few weeks prior -- I cannot possibly ignore this 1,700+ page Top Shelf slipcased set of a considerable portion of Eddie Campbell's work as a cartoonist, representing the entirety of his Alec series of literary autobiography (pre-The Fate of the Artist in 2006), and the whole of Bacchus, a collaborative evolution through superhero, supernatural mystery, poetic and satiric modes of storytelling, all anchored by the god of wine and festive tale-telling. An astonishing range of work, representing more than a quarter century's exploration - defend your home from intruders with graphic novel excellence; $99.99.

Today's front page image is a screengrab from a movie in which a dog is made to appear like it is speaking into a telephone. I got it through a meme on Twitter. I don't know where it's from. 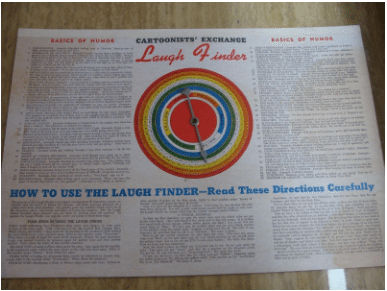 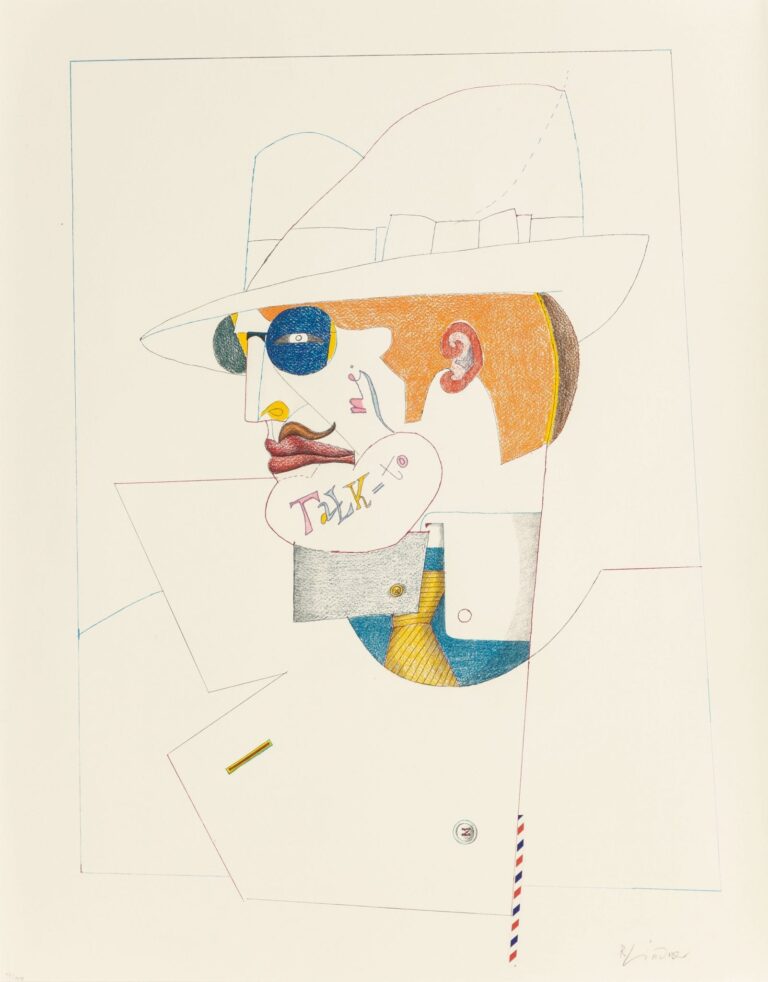