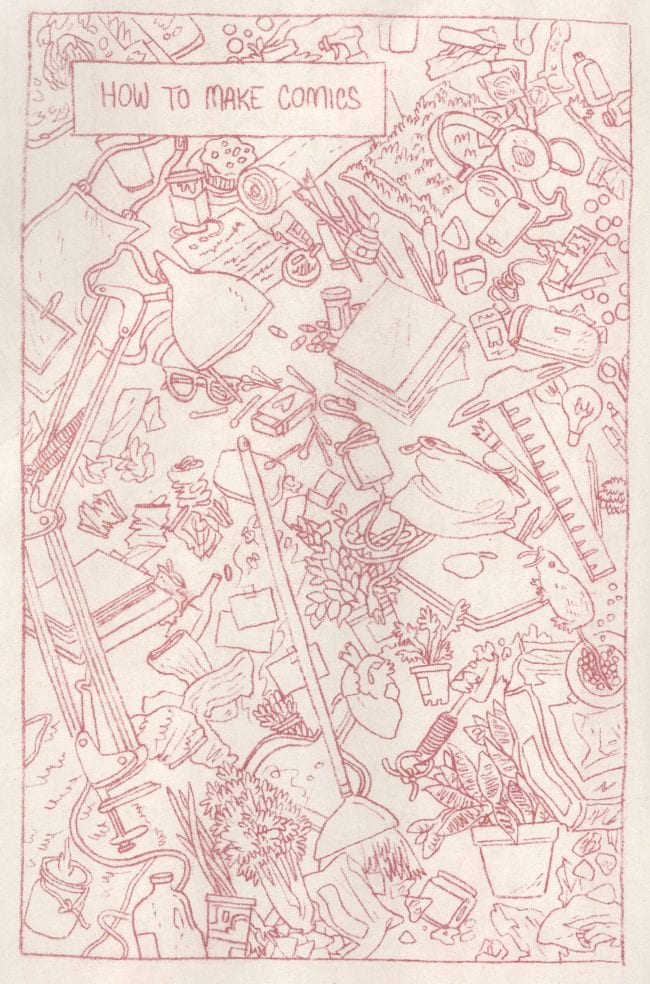 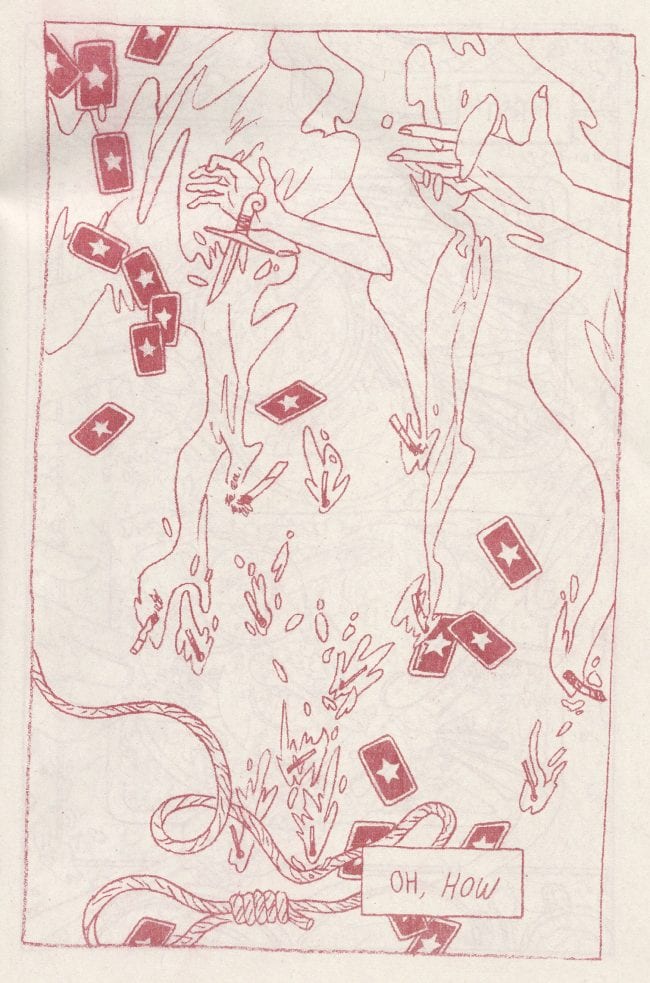 Above we see a pair of sequential images from How to Make Comics, a 44-page red & white work from artist Caitlin Skaalrud, published by Zak Sally's La Mano 21. It's an all-splash comic, just like that one issue of Thor, but Skaalrud's use of the technique is to draw sharp distinctions between the images she draws and the sparse captions and word balloons pasted on top, the two planes of narrative only sometimes lining up with one another. The text is a continuous poetic exhortation on the sacrifices and necessities of art-making ("LEARN THE COPPER TASTE OF HUNGER"), while the pictures shift from the observational to the allegorical, with enough in the way of recurring imagery to suggest a discreet, achronological narrative of their own, relating to the domestic life of "Caitlin" - the story's protagonist and possible narrator, possibly remembering herself from some misty place in the future, or perhaps projecting a means of order (text) onto the riot of life (image). The act of reading it, compact as it is, coaxes what feel like intuitive connections, as if a demonstration of the artist's synapses firing - a strong marshaling of form. 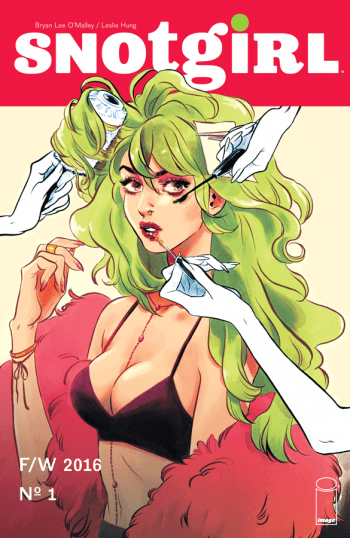 Snotgirl #1: Man, who can Image showcase now that'll still drive attention? ANSWER: Scott Pilgrim creator Bryan Lee O'Malley, participating in his first comic book-format series since Hopeless Savages: Ground Zero in 2002. He drew but did not write that series, and likewise he writes but does not draw this one, its art handled by Leslie Hung (with colorist Mickey Quinn), a popular online cartoonist making her longform print debut. The story is set among fashion bloggers, pursuing an increasingly commodified trade parallel to the commodities (and art, yes) which they ostensibly support. I hope it is not too simplistic to suggest this series will make for interesting comparison with adult-targeted josei manga, many of which tackle like-minded comedic/dramatic stories of young women navigating a vocation. Preview; $2.99. 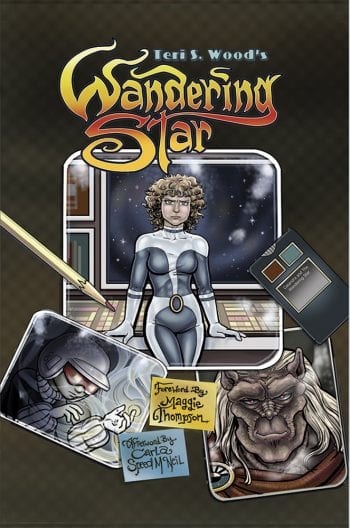 Wandering Star: Ah, and now we pull back to an earlier era of longform serialization - the '90s self-publishing boom. Among those series was a sprawling space drama from creator Teri S. Wood, who'd actually begun working with her human and alien characters in the '80s. It was the 21-issue 1993-97 iteration (eventually adopted by Sirius Entertainment) that I'd first heard of, though -- possibly on a back cover of Jim Valentino's Shadowhawk, though I don't exactly remember -- and that's the stuff inside this 496-page Dover hardcover, which should also include a color cover gallery and appreciations by longtime writer-on-comics Maggie Thompson and Finder creator Carla Speed McNeil; $39.95.

The Experts: A proper alt-comic here, from Retrofit/Big Planet, who know of such things in the present day. Sophie Franz authors "a foreboding story of 3 'experts' on an isolated station, investigating the strange water creatures that live in the area," as Retrofit puts it. A 24-page color release; $5.00.

Worry Doll: Another Dover reprint for the week, but more recent - this one's a 2007 release from Mam Tor, a UK publisher that used to put out anthologies under the title of Event Horizon. The artist is Matt Coyle, working in a pretty terrifying severe photo-real style for a faux children's book narrative about dollies fleeing the murder of their owners. An 11" x 8 1/2", 80-page release, with a new introduction by famed picture book illustrator Shaun Tan. Samples; $14.95.

Fantasy Sports Vol. 2: The Ballad of Barrel Bay (&) Last Man Vol. 5: The Order: Ongoing action series here, with more than a small touch of manga influence. Fantasy Sports is the work of Sam Bosma, positing athletics as the basis for globetrotting adventure. Nobrow publishes at 52 new color pages. Last Man is a fight comic from French talents Bastien Vivès, Balak and Michaël Sanlaville, presently at vol. 8 in Europe, and published in English by First Second, presumably for the duration; $19.95 (Fantasy Sports), $9.99 (Last Man).

Geis Book 1 (of 3): A Matter of Life & Death (&) The Cloud: A pair of contemporary fantasy comics from publishers experienced with the stuff. Geis is a Nobrow presentation of work by Alexis Deacon, a children's book illustrator making what I believe is his longform comics debut. Over 96 pages we see the beginnings of a trial to replace a matriarch, with "philosophical" implications. Bit of a Joann Sfar flavor to the drawings. The Cloud is an Archaia release (via BOOM!) and also a debut graphic novel, this time from Europe-based writer K. I. Zachopoulos and artist Vincenzo Balzano, who've appeared in a few places before with Marvel, Image and others. It's the 144-page tale of a boy and a wolf and the search for a missing dad, which the publisher vigorously compares to other successful projects like Mouse Guard, A Tale of Sand, Kazu Kibuishi's Amulet and the Wolfgang Petersen motion picture The NeverEnding Story; $18.95 (Geis), $24.99 (Cloud).

Island #9: The continuing Image anthology fronted by Brandon Graham (also behind the penultimate issue of Prophet: Earth War this week) and Emma Ríos, notable this month for the long-arriving return of Australian cartoonist Fil Barlow, offering a re-colored serialization of his Zooniverse series of SF critter comics, last seen on North American shelves via Eclipse in the mid-'80s; $7.99.

Grant Morrison's Avatarex: Destroyer Of Darkness #1 (&) Garth Ennis' Red Team: Double Tap, Center Mass #1 (of 9): Two ventures deep into the portfolios of mainline comic book writers who know to keep a lot of pots stirring. Grant Morrison's mythology-based work with Indian comics talents maybe be the lowest-profile of all his works that nonetheless may be characterized as 'extensive' - Avatarex is a new series in this mode, a Graphic India production drawn by Jeevan Kang in which "an all-powerful super-being awakens to fight the Last War of the Age - only to discover he's been sent too early for the End Days and must somehow learn to exist in a world that's too small and too frail to survive his presence," per the solicitation. Red Team, meanwhile, is Ennis' vigilante cop premise with Dynamite, a completely straightforward crime-drama-on-paper, last seen in 2013. From the length of it we might call this a new 'season,' though I don't think that's cool anymore now that comics actually become television shows. The artist is Craig Cermak; $1.99 (Avatarex), $3.99 (Red Team).

Groo: Fray of the Gods #1 (of 12) (&) Usagi Yojimbo #156: And here we have *two* creator-owned Dark Horse comics involving Stan Sakai, who puts out works regularly enough that I don't mention them every time, as we can simply rely upon their frequent presence. Groo is the comedy swordsman created by Sergio Aragonés back in a time when 'barbarian' titles were among the few viable alternatives to the superhero dominance of U.S. comic books. Sakai is the letterer, Tom Luth is the colorist, and Mark Evanier co-writes. Usagi, obviously, is Sakai's solo series, a living connection to the b&w alternatives (and anthropomorphic animal characters) of the 1980s, focused of late on delivering self-contained issues and small dramatic arcs. This one is the middle chapter of a three-parter, in which the activities of an assassin are investigated; $3.99 (each).

Betty & Veronica #1: Finally, if you are in the mood to peruse established and 100% company-owned comic book characters this week, I will say the heart of novelty lies in this newest of Archie revivals, written and drawn -- god bless us all -- by the pretty girl pinup specialist Adam Hughes. Not a prolific guy on the interiors, this, so enjoy it (if you are so inclined) while it's here. Preview; $3.99. 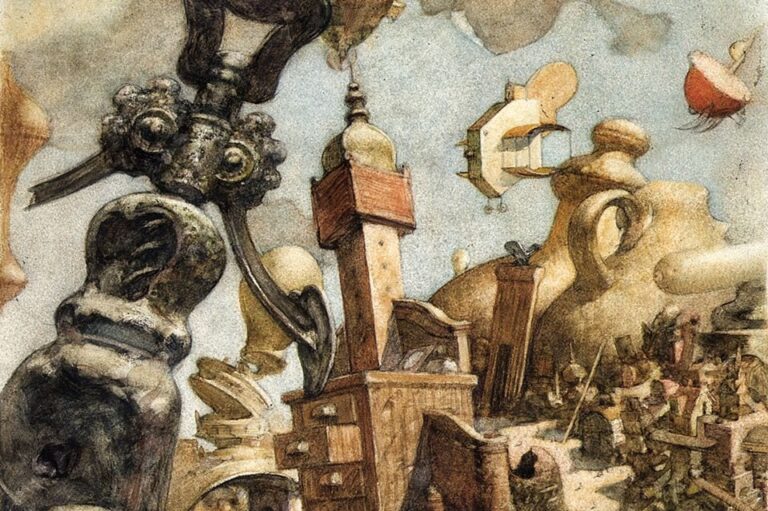 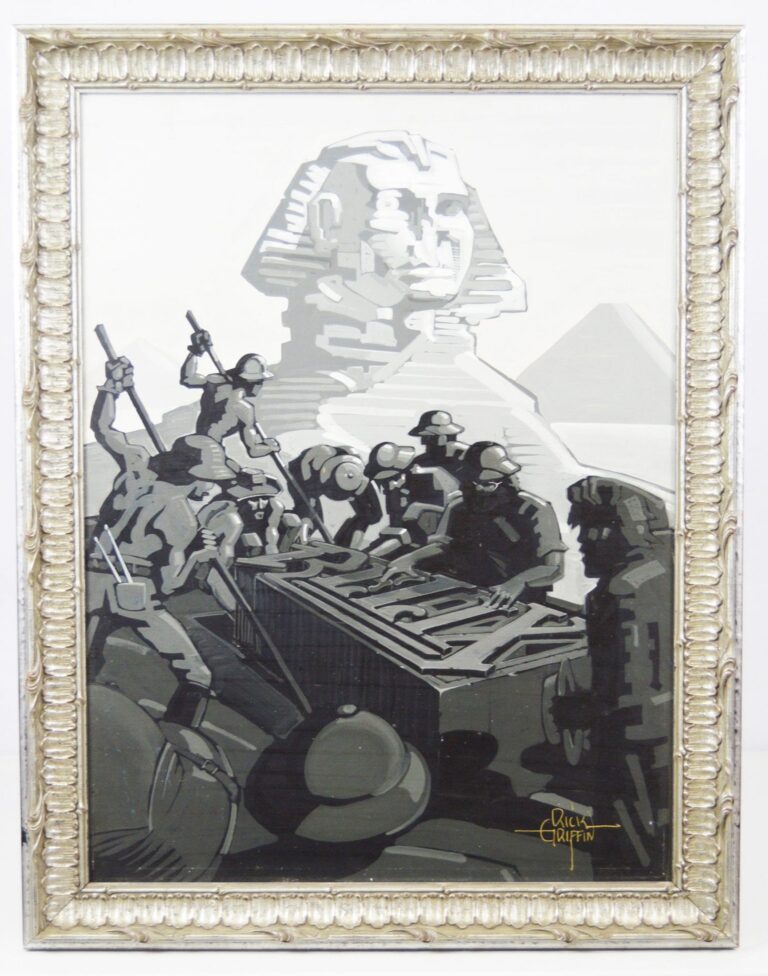