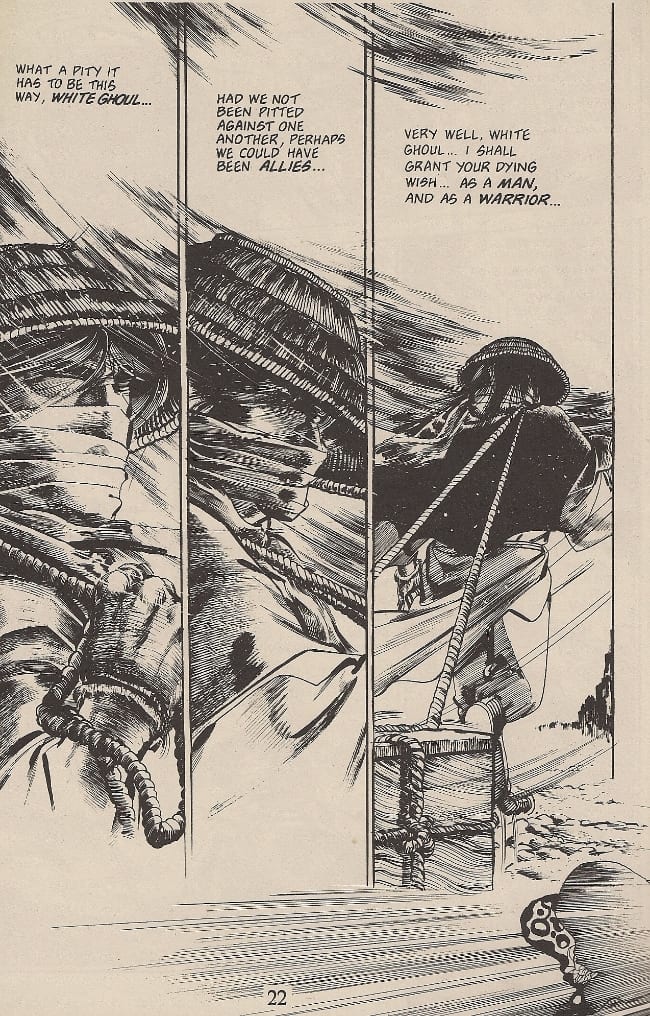 Drama! Nothing is more fabulous than drama - publishing drama! Many know the tale of Viz Media's rise to prominence in manga publishing: founded in 1986 by a California-based expat with seed money from mighty Shogakukan, the young concern initially released biweekly comic books via American publisher Eclipse, weathering fortune's storms until the scene rose to meet its ambitions. Fewer have heard the story of Jademan Comics: effectively a vanity endeavor for Hong Kong comics impresario Tony Wong, Jademan coaxed a veritable eruption of manhua onto the North American funnybook scene, with somewhere in the neighborhood of 300 issues' worth of comic books -- almost all of them martial-arts-oriented longform serials -- finding release from 1988 through 1993.

But almost nobody seems to know of the third nation active in the Direct Market of that time: South Korea, as represented by Eastern Comics of San Jose, CA. Information about this publisher is scarce, though it can be verified that at least 30 odd comic books were released under their auspices in 1987 and 1988, including two entries in the ever-risky(-in-America) genre of sports comics: three issues of Blackmask, a wrestling saga, and four issues of Untouchables, a baseball series by the highly respected cartoonist Lee Hyun-se. Indeed, a perusal of advertisements inside of the later Eastern releases (not to mention promotional efforts) demonstrates some desire to release new works into 1989, suggesting an abrupt end to the publisher. 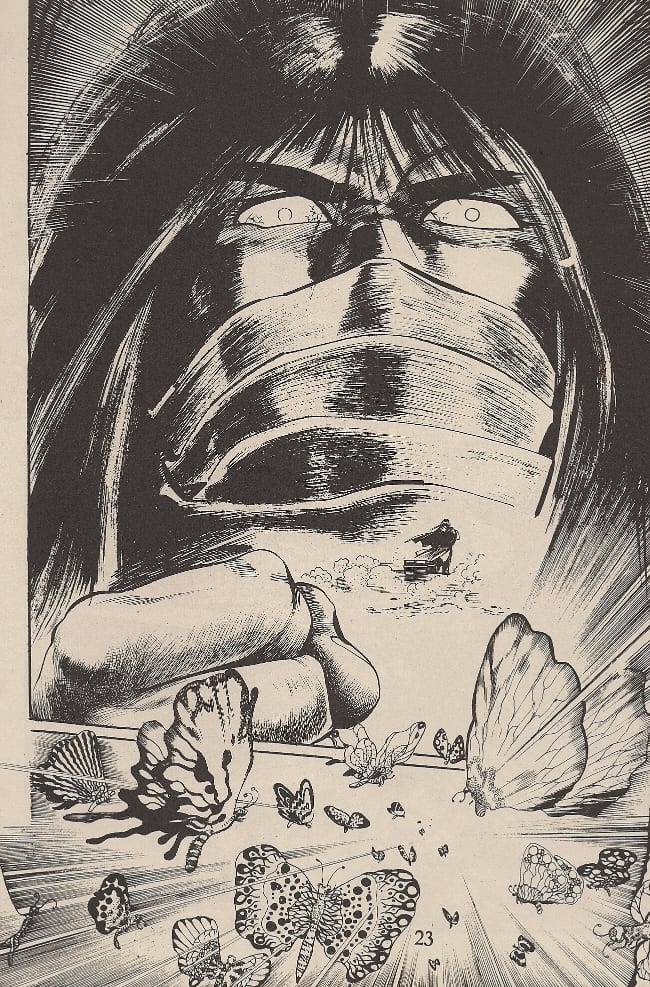 The images above come from one of the two 'main' Eastern series: The Forbidden Kingdom, from writer/artist "Sung-nam Ha" (as he is credited). I have no idea when this comic was published in South Korea, but the artist works in a booming metre of exquisite vulgar drama, which can be associated without a lot of stretching to many manly manga series contemporaneous with the Eastern Comics translation. Set in a China of yore, the plot is a furious hash of betrayals, fighting, cocksure determination and -- unfortunately for this, the eighth and final Eastern issue -- a whole lot of political maneuvering among a cast of roughly a dozen named, major-seeming characters. The truth of the matter is, this kind of grand, violence-laden saga was probably what North American comics readers were best prepared for; I haven't read any of the longest-running Eastern series, The Demon Warrior (11 issues), but I can't imagine the sword-swinging tough guy on the various covers was an exponentially harder sell than whatever other manhwa the publisher had to offer.

An added mystery: many of these publishers of Asian comics sought to recruit 'name' talents familiar to the west in localizing the fare. Writers like Marv Wolfman and James D. Hudnall did English adaptations at Viz, while Mike Baron was retained, for a while, by Jademan. Eastern, however -- despite commissioning some custom cover art from well-practiced Marvel/DC hand Ernie Chan -- seemed to rely mainly on one "Franz Henkel" for their English scripts. This, I admit, is how I came to Eastern in the first place - Henkel was briefly active in horror comics in the early-to-mid '90s, having contributed writing to the Tundra anthology Bone Saw and two of Mojo Press' Joe R. Lansdale-fronted anthologies: Creature Features and Weird Business. He even scripted Dark Horse's official Predator 2 adaptation, but I think he is best remembered, however, as the writer of Tim Vigil's infamously excessive, ultimately aborted Corbenesque SF/fantasy/splatter miniseries EO, which on some days I even prefer to Faust.

For a long time, I didn't know anything about who Henkel was; he'd simply disappeared. I'm confident now that he's since become an author and educator under what I suppose is his birth name, Heinz Insu Fenkl (and, at one point, wrote a collaborative novel under another pen-name -- "Richard Raleigh" -- with David Barbour, who scripted Vigil's Gothic Nights and the First Comics mini Zero Tolerance, as well as Joe Vigil's Gunfighters in Hell); his website even contains a little tribute to Eastern Comics, in addition to interesting samples from North Korean manhwa, a topic on which he's been known to speak. No commentary on EO, unfortunately, but I suspect it's The Forbidden Kingdom and the rest of 'em that sit closest to the heart of their localizer, having been raised in Korea and possessing a great deal of expertise in folklore and fiction. To see such work manifest in a new place, even if only for a few months - it's no mere curiosity, that. 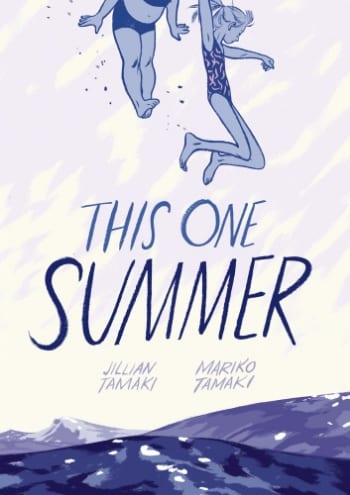 This One Summer: Among cartoonists of several recent working generations, it's difficult to think of a peer or role model more fiercely admired than Jillian Tamaki, whose 2008 book Skim -- written by her cousin, Mariko Tamaki -- has become something of a touchstone for certain readers' and commentators' engagement with comics art. Here, now, is the duo's collaborative follow-up, a teen-focused work from First Second concerning the friendship of girls in the midst of familial drama and dangerous local business at a beach getaway. I can't imagine there won't be some very attractive images in here. Preview; $17.99 ($21.99 in hardcover). 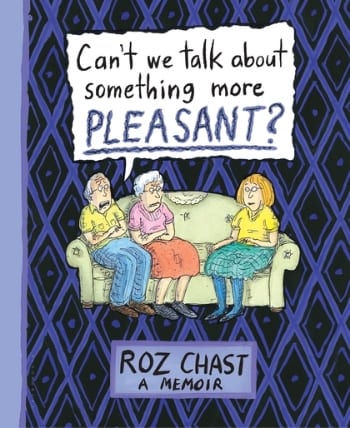 Can't We Talk About Something More Pleasant? - A Memoir: Aaah yes, the comics memoir: bedrock of enormous book publishers' sequential art settlements across this great land. This one's of extra interest, though, for the presence of writer/artist Roz Chast - a popular New Yorker contributor, here the artist pivots to address her experiences as caregiver for her elderly parents in a mix of handwritten prose and color comics pages. A Bloomsbury release, 240 pages in hardcover. Preview; $28.00.

Transreality: UK comics! Kickstarter! We're covering everything today! I'm familiar with the name Chris Lackey through some SelfMadeHero Lovecraft stuff, but I was not aware he drew comics too, at least until I looked up the crowdfunding proposal for this 128-page color story of digital immortality among humans and other animals. Published in softcover by Witch House Media. Official site; $15.00.

Iznogoud Vols. 6 & 7: Cinebook, it should be noted, continues to release slews of translated French albums, almost every week now, so I'm just going to pluck out what seems most interesting - say, this René Goscinny/Jean Tabary collaboration, less immediately recognizable than Asterix, but very long-lived in its own right, concerning an ambitious lil' nasty's futile attempts to overthrow the Caliph of Baghdad. These two 48-page, 8.5" x 11.3" softcover books hail from 1973 and 1969, respectively. Sneak peeks; $11.95 (each).

Whispered Words Vol. 1: Your prominent manga debut of the week, this is a 2007-11 comedy-drama yuri series by Takashi Ikeda - it concerns a pair of schoolgirls, one of whom is in love with the other, though the object of said affections is mainly into a different type of lady. Fairly popular among scanlation people, I think -- plus, there was a television anime in '09, which never hurts -- and One Peace Books (oh that name!) is serving up 472 pages of it, which should be about 1/3 or so of the full series; $16.95.

Blade of the Immortal Vol. 29: Beyond Good and Evil: Now entering the final stretch of Dark Horse's longstanding Hiroaki Samura translation commitment, which I think is scheduled to wrap with vol. 32, as the series has concluded in Japan. Probably the last remaining link to the era of Asian comics translations disseminated as floppy comic books, as discussed supra. Bloody preview; $19.99.

Big Nate: Mr. Popularity: I've experienced tremendous difficulty even keeping up with the *titles* of these Lincoln Peirce comic strip compilations, but rest assured that it is, in the end, Big Nate, and thus has no doubt already grossed more from elementary school book clubs than you and I earned in the whole of 2013. A full-color HarperCollins softcover, 224 pages; $9.99.

Jack Kirby's New Gods - Artist's Edition: Eh, I dunno if anyone reading this site's gonna be interested in this one. Of course, this is IDW with another collection of comics, shot (of course) in color from the original art and presented at the size of the original boards, to bring you as close to the artist as possible without retaining the potential for communicable disease. Issues #1-2 and #5-8 of The New Gods are featured here at 12" x 17", with story and pencils by Kirby and inks by Mike Royer and Vince Colletta, for 176 pages in total; $125.00.

Burne Hogarth's Tarzan Vol. 1 (of 4): Tarzan in the City of Gold: Lots of reprint volumes out this week -- Fantagraphics has a new Buz Sawyer out, and IDW a new Flash Gordon and Jungle Jim -- but I'd be remiss not to mention this new Titan edition of Hogarth's tenure on the quintessential jungle adventure newspaper strip. I think Dark Horse is scheduled to reprint the entirety of artist's '70s Tarzan work sometime next month. A 9.7" x 12.8" hardcover, 168 pages; $39.95.

Weird Love #1: And getting into less deluxe presentations - of all the projects Craig Yoe does at IDW, my favorite is definitely the Haunted Horror line of rotgut chillers, crammed together into fat color comic books and dropped into your warm lap. I'm guessing it's done pretty well for the publisher, because here's the start of a sibling series, plucking unique and erratic romance comic shorts from throughout the history of the genre (or as much, one presumes, as the public domain will allow). Ogden Whitney is promised, along with the specter of Communism. Samples; $3.99.

United States of Murder Inc. #1: Good title on this new Brian Michael Bendis/Michael Avon Oeming project, an ongoing creator-owned series from Marvel set in an alternate history where organized crime has become so powerful as to supplant governmental function in portions of these United States. Powers, the superhero crime comic by the same primary team, will also continue, eventually switching off months with this series. Preview; $3.99.

Mars Attacks: First Born #1 (of 4): Speaking of new debuts by '90s favorites, here is the latest IDW project from artist Sam Kieth, a tie-in to the trading card mayhem franchise which finds a baby martian in the company of humans. Scripted by IDW EiC Chris Ryall, who seems pretty much tuned to the artist's wavelength; $3.99.

Hellboy in Hell #6: And shit, here's writer/artist Mike Mignola, doing his whatever-I-feel-like series (albeit always somehow concerning Hellboy and Hell). Dark Horse also has a softcover out this week collecting the first five issues, so feel free to get as caught up as realistically possible. Preview; $2.99.

Space Mountain: "You know who drew this?" Chris Mautner asked me. I shrugged. "Kelley Jones." Batman readers of a certain age need no further explanation. Bryan Q. Miller is the writer, and the spanking-new Disney Comics imprint of Disney Publishing Worldwide is the publisher; 176 pages in color, and the start of a trilogy...! Samples; $12.99.

Thanks again for reading THIS WEEK IN COMICS! - "We're looking out for ya!" 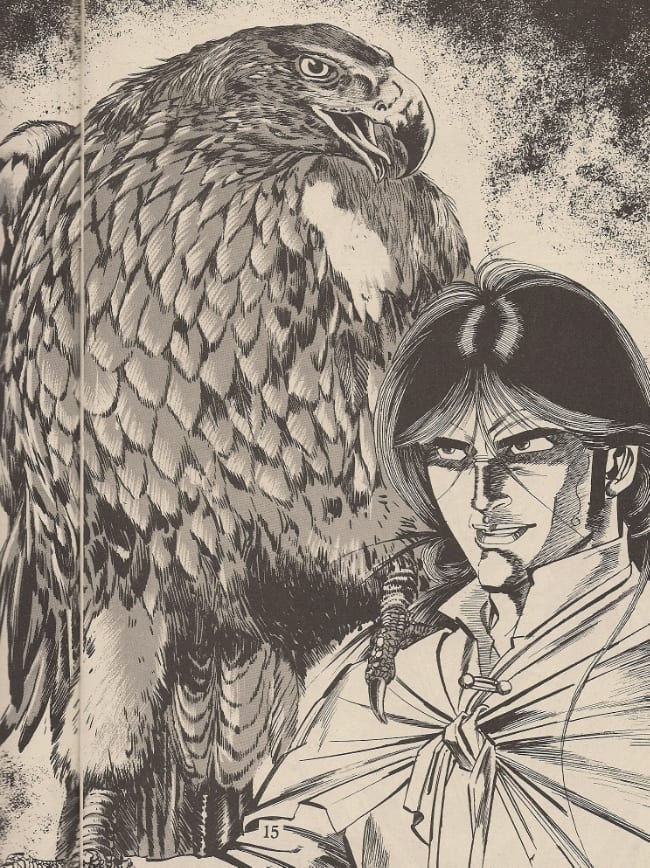 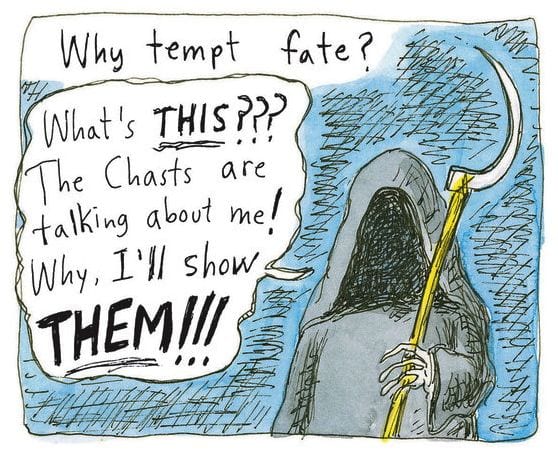 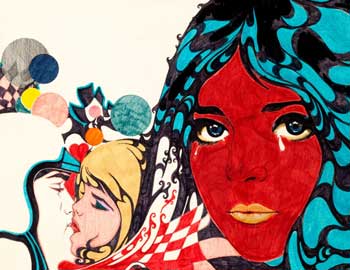