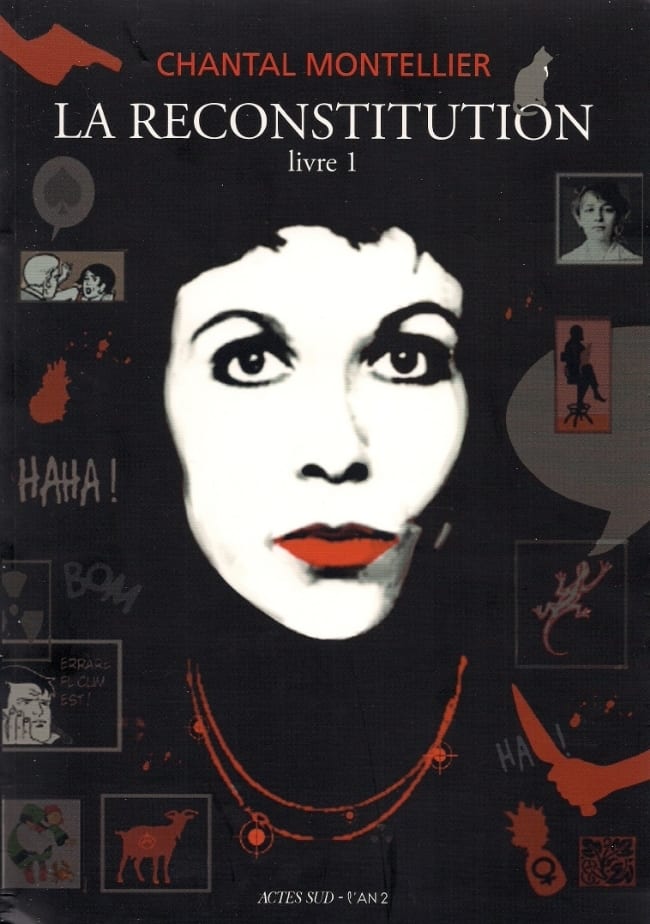 Not much up here this time -- because, fair warning, later this week you're gonna be getting way more of me than any of us are likely to be comfortable with -- but I do want to follow up last week's column with a note that Chantal Montellier has released a 288-page memoir through Actes Sud: La reconstitution, the first of a two-volume series blending prose, drawings and digital manipulations of her own older pages... obviously best recommended for those with some facility in French, but very interesting to pick through regardless. 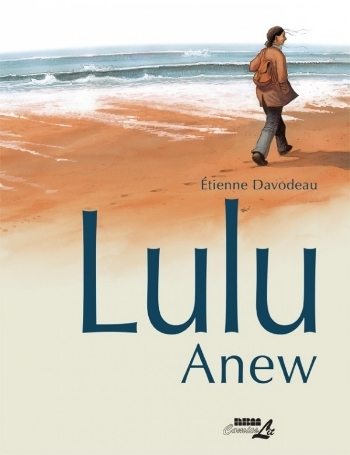 Lulu Anew: Étienne Davodeau has been around in translation for a while -- I just had to remind myself that he was part of Japan as Viewed by 17 Creators, which first appeared in English nine years ago -- but he picked up a lot of attention in 2013 for NBM's release of The Initiates, a book about his swapping jobs for a year with a winemaker. This now is an NBM all-in-one edition of a 2008-10 fictional slice-of-life series about a woman who wanders away from her daily responsibilities and has some new experiences as a result. An 8.5" x 11" hardcover, 160 pages. Preview; $27.99. 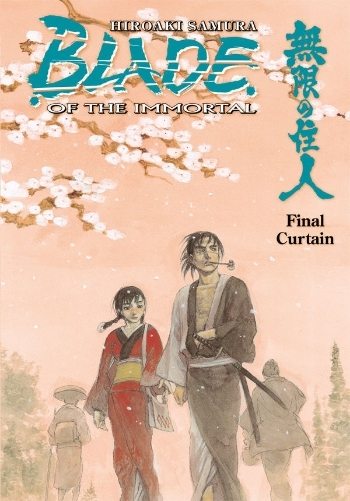 Blade of the Immortal Vol. 31 (of 31): Final Curtain: Blade of the Immortal began English-language serialization in 1996, as a comic book, in the days of the industry crash. A dynamic story of bygone swordsmanship with a supernatural element, it was perhaps a safe bet: just the sort of manga that had found purchase in American comic book stores since the '80s. It would survive all threats to its viability, lasting for 131 issues; by then it was 2007, and the series had witnessed the expansion and contraction of the manga market in bookstores, and yet it comtinued still in bookshelf collections that didn't match the numbering of the Japanese editions, still recalibrated to read left-to-right. Artist Hiroaki Samura, who had grown tremendously as a stylist over the course of the work, ended the series in Japanese in 2012. And now comes the end of this stretch of recent history, as Dark Horse's English release of Blade of the Immortal reaches its own conclusion in an extra-long 288-page installment. But dry those tears, gentle reader - I'm sure this publisher hasn't overlooked the enormous reprint potential on its hands! Preview; $19.99.

Snake Pit Gets Old: Daily Diary Comics 2010-2012: Being a new collection of old-school diarist autobio comics from Ben Snakepit, who's been putting out cartoon zines since 2001. Microcosm Publishing carries a lot of collections, and that's also the case for these 288 pages, via a 6" x 8" paperback which I think Birdcage Bottom Books originally put out in 2013; $14.95.

Girlfiend: Now here's something I didn't quite expect - a new Dark Horse project from artists and filmmakers Jacob & Arnold Pander, who drew some popular Grendel comics in the '80s along with odd self-contained projects in the '90s... I keenly recall Exquisite Corpse, a three-issue miniseries which could be read in any order. They did a Batman series (City of Light) about ten years ago, and a Vertigo project (Accelerate) a little before that, which Image later collected - this looks to be a 280-page(!) b&w crime comic about a vampire lady and her human boyfriend getting into trouble. Official site; $19.99.

Art Masters Vol. 1: Vincent (&) The Age of Selfishness: Ayn Rand, Morality and the Financial Crisis: Nonfiction comics - they're popular. Here we see two variants. Vincent is a biographical sketch, 144 color pages from Barbara Stok, an artist from the Netherlands who's secured the work's release in one dozen countries; SelfMadeHero handled the UK release, which is now being distributed in North America via Abrams. The Age of Selfishness is 240 b&w pages of political nonfiction, but it is also from Abrams, and also has a British connection in the form of writer/artist Darryl Cunningham, of Psychiatric Tales and other works; $19.95 (Vincent), $17.95 (Selfishness).

Walt Disney's Donald Duck: Sheriff Of Bullet Valley (&) The Glorkian Warrior Eats Adventure Pie: A pairing of all-ages adventure comics old and new. Fantagraphics has a lot of reissues out this week -- Peter Bagge, EC -- but the most immediately compelling (and probably the most impulse purchase-friendly) is this 96-page landscape-format edition of one of Carl Barks' beloved duck storylines, fronting five shorter comics. Glorkian Warrior is the newest from James Kochalka and First Second, the sophomore installment of a funny space alien adventure series that the artist has also spun off into a video game. Vol. 3 ("The Glorkian Warrior and the Mustache of Destiny") is already planned for this time next year. Donald preview, Glorkian preview; $9.99 (Donald), $12.99 (Glorkian SC), $19.99 (Glorkian HC).

Wolfsmund Vol. 6 (&) Prophecy Vol. 3 (&) What Did You Eat Yesterday? Vol. 7: A whole grip of manga this week from Vertical, your seinen source, with a special emphasis on climax. Mitsuhisa Kuji's Wolfsmund has been a special kind of series, capable of inspiring true revulsion at the happenings of its Swiss history. My understanding is that the project is still ongoing, although this sixth volume should resolve most of the main scenario. Prophecy also has a sequel going right now in Japan with a different artist in place for creator Tetsuya Tsutsui, but this third volume will now resolve his main story of internet crime investigation via the kind of super-heavy cartoon realist art that somebody is doing in every seinen mag. On the other hand, there's always Fumi Yoshinaga and What Did You Eat Yesterday?, an everyday domestic drama/recipe manga up to vol. 9 in Japan and probably capable of continuing until the sun expands to consume the Earth, if they let her; $12.95 (each).

Gyo Deluxe Edition (&) Vagabond VIZBIG Edition Vol. 12: And then there's the world of repackaging, fit for the young or the patient. Gyo is probably my all-time favorite Junji Itō thing, even though I know the later (EXTREMELY Kazuo Umezu-like) horror circus apocalypse stuff distracts from the sheer loathsome force of its early passages, in which every fish in the sea suddenly gains the power of ambulation and walks their rotting, stinking, dying bodies onto land for mass invasion by suffocation. Great fun, now complete in a 400-page Viz hardcover. A newer Itō anthology, Fragments of Horror, is due in June. Meanwhile, Takehiko Inoue has built up enough material in Vagabond, his long-running swordsman opus, for the same publisher to drop a 632-page softcover, which should cover vols. 34-36 of the main series. Vol. 37 should follow later this month; $22.99 (Gyo), $19.99 (Vagabond).

No Mercy #1 (&) Avengers: Ultron Forever #1 (of 3): Two comic book debuts from experienced people. No Mercy is an Image comic, eight issues to start with and then an unknown number of chapters after that, drawn by Carla Speed McNeil of Finder, who is working with writer Alex de Campi and colorist Jenn Manley Lee on a purportedly shōnen manga-inflected story about well-off North American kids thrust into a Central American survival situation. As for the Avengers, I have heard rumors that some sort of "Ultron" movie is coming to theaters, and so what we get is comics like Ultron Forever, from well-traveled pros with roots in 2000 AD: writer Al Ewing and penciller Alan Davis. No Mercy preview, Ultron preview; $2.99 (No Mercy), $4.99 (Ultron).

Burne Hogarth's Tarzan Vol. 2 (of 4): Versus the Barbarians: "He was a guy and a half, unfortunately a great bore, B-O-R-E. When he got up to talk [Hasen makes a snoring sound].... He was an incredible talent, but very uptight, you know? But the most talented of all them. He was really talented." Loved that Irwin Hasen interview. But anyway, here's Titan Books with more of the work that built Hogarth's rep, the Tarzan newspaper strip. It's a 9.5" x 12.75" hardcover, 192 pages; $39.95.

John Romita's Amazing Spider-Man - Artifact Edition: And finally, a BIG GIGANTIC reprint upon which you may ride into the future - IDW's latest original art (and a few stats) showcase hardcover, 15" x 22", selecting four complete stories and other scattered pages from the catalog of Jazzy John, for 200 pages of walloping websnappers, etc.; $150.00 (or so). 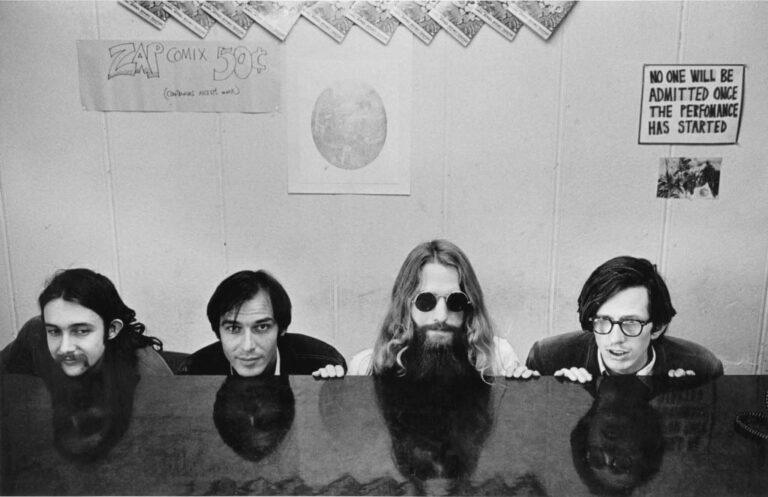