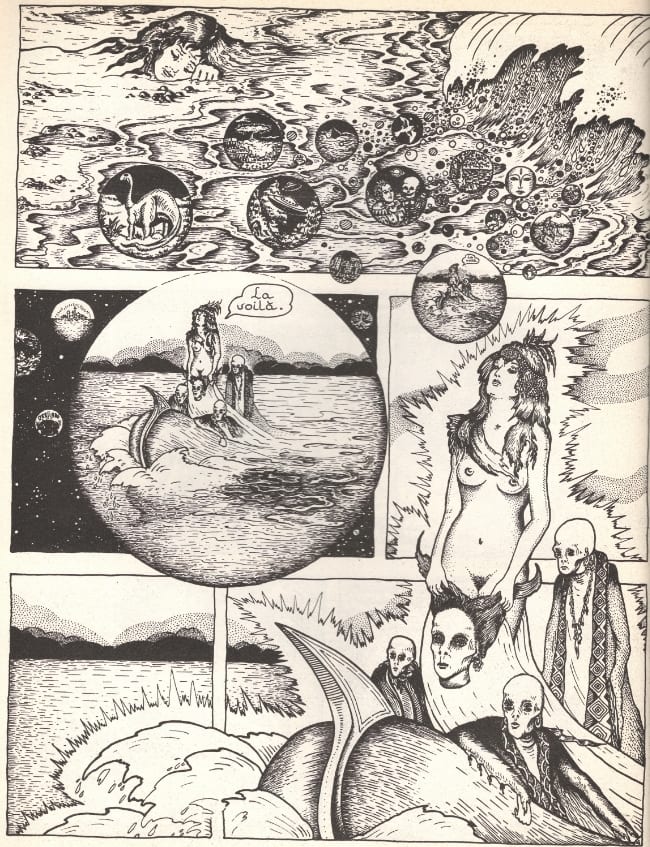 Ah! Nothing like a little interstellar vision questing to make 1977 perfect - a lost selection from the pages of Métal Hurlant, perhaps? Not quite; it's from issue #4 of Ah! Nana, the *second* magazine published by Les Humanoïdes Associés, launched when Métal Hurlant was not yet a dozen issues old. A true unexplored terrain in translation, Ah! Nana boasted a list of contributors made up almost entirely of women, inspired by the U.S. underground anthology Wimmen's Comix. There were copious text features, translations of American comics by the likes of Shary Flenniken and Trina Robbins, and a confrontational editorial posture that probably sealed its doom.

Unfortunately(?), I'm not going to have very much to say about the images posted here today; even online, even in French, there is quite little written about some of these artists. Above is Valérie-Catherine Richez, whom I know later wrote a comic about the explorer Jean-Louis Etienne, but that's all. There is also a poet of the same name, which might be the same person. 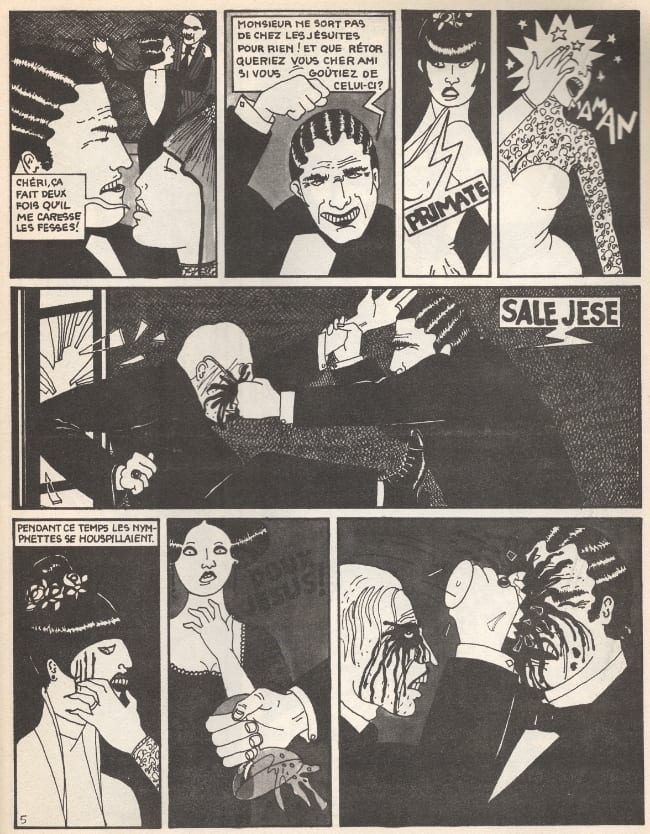 I can't even find the full name of "Keleck," though I know she was married to the illustrator Jean-Michel Nicollet, with whom she sometimes collaborated. "Fait Divers", excerpted here, finds a pair of conjoined twins getting into trouble, culminating in the two of them being ripped apart. Per her brief Wiki, Keleck died in 2003. 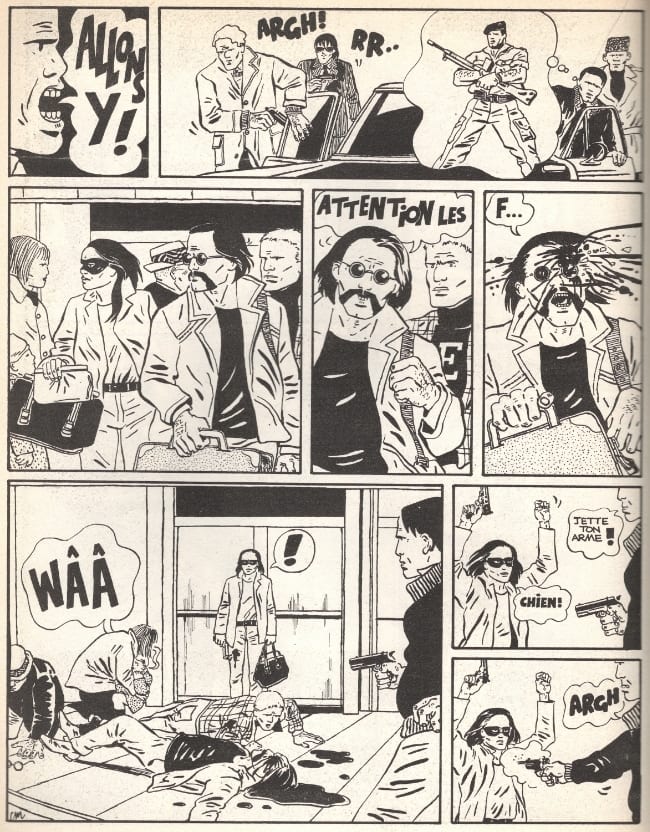 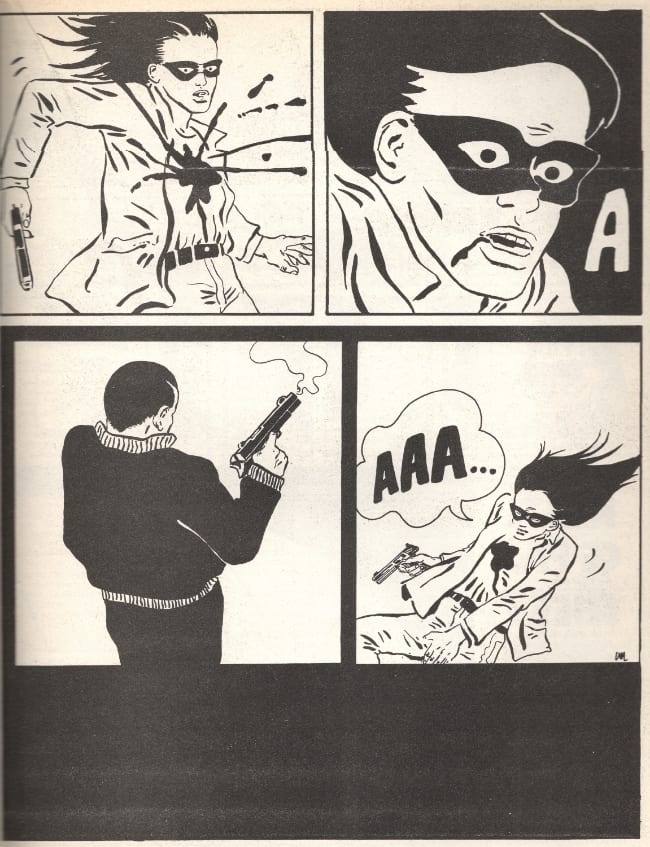 At least I am familiar with the great Chantal Montellier, about whom I've written before. She is perhaps best remembered for the ferociously weird 1996, which was serialized in early issues of Heavy Metal (and has most recently been collected in French via the 2004 Vertige Graphic omnibus Social Fiction), but I don't think this stuff has been in print anywhere since the '80s. It's titled Andy Gang, it made up the majority of the artist's contributions to Ah! Nana, and later continued into Métal Hurlant; from what pieces of it I've read, it seems to consist entirely of a violent goon squad protecting the sanctity of society by murdering unwanted members of that society. It's extraordinarily cold and cerebral, given the content; Montellier's sharp distinctions between elements of comics (pictures, words, frame-by-frame activities) promote terrific estrangement from the fun and action of crime comic violence. 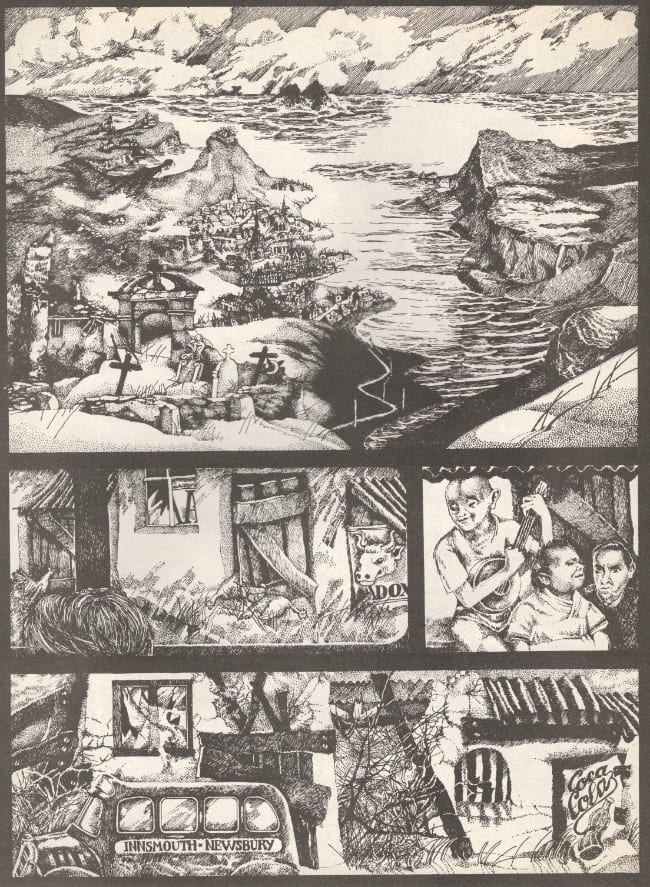 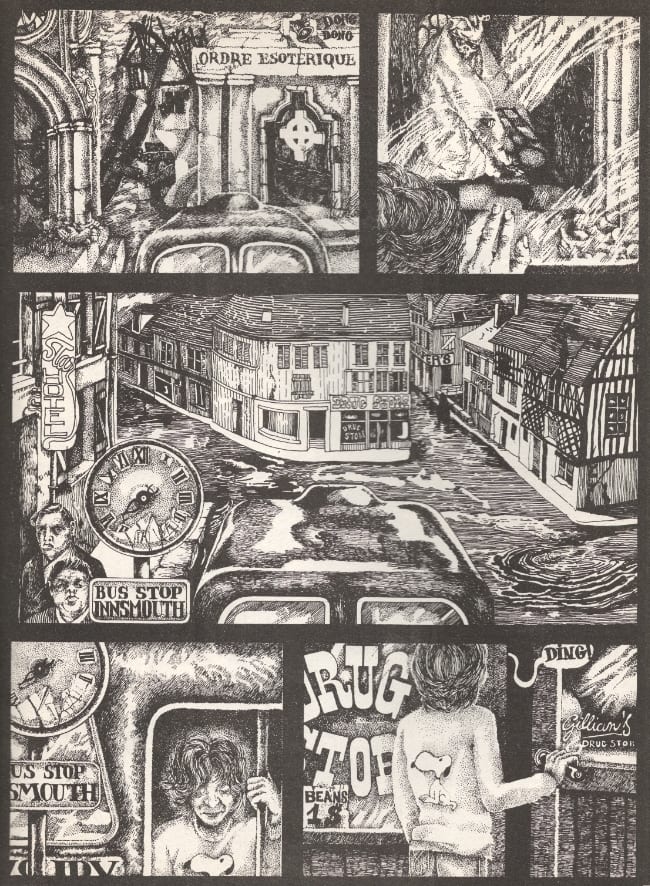 But there is more traditional grotesqueness in Ah! Nana #4. This is the work of Lili Whitecat, about whom I know absolutely nothing. Titled "Fred", the story explicitly evokes Lovecraft's The Shadow over Innsmouth, finding its Snoopy-clad protagonist wandering hellish streets and talking with odd citizens for seven pages of gruesome landscapes and stippled, photo-real faces. Whitecat would subsequently provide the cover illustration for Ah! Nana #5, but I don't know of any other comics work she's done under this particular name.

It wasn't a forum long for the world. Determined to focus on taboo topics like incest, the magazine found itself restricted to adult sales only; its circulation wasn't very high to begin with, and becoming cut off from general sales avenues guaranteed its cancellation. Ah! Nana lasted nine issues in total, 1976-78. 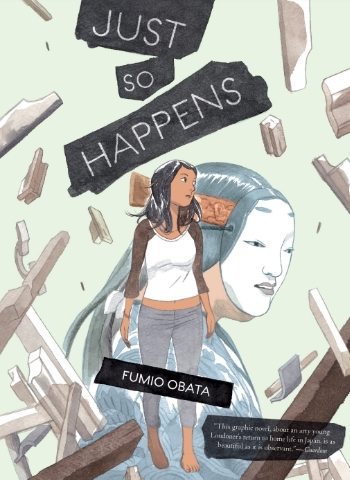 Just So Happens: Your high-profile graphic novel of the week for sure, a 160-page original from Tokyo-born, UK-based cartoonist/illustrator/animator Fumio Obata, which was released overseas last year by Jonathan Cape (and in French by Gallimard Jeunesse), but only now comes to North American bookstores and comic book shops in a new Abrams edition. It's about a Japanese expat who returns home upon the death of her father, becoming immersed again in the particulars of cultural attitudes toward life and mortality. Expanded from the artist's short comic, Going Back, and pretty well-received from what I can tell; $17.95 ($24.95 in hardcover). 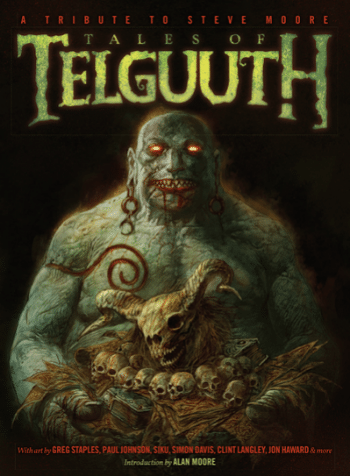 Tales of Telguuth: A Tribute to Steve Moore: Being a new package of material from 2000 AD, now available for import via Diamond. Moore's is probably not a name that immediately leaps to mind when you think of 2000 AD -- he was, among other things, an early British fanzine creator, a Warrior contributor, an I Ching scholar, a Fortean Times editor, and subject of a prominent essay/performance work, Unearthing, by his protégé, Alan Moore -- but he was apparently the originator of the "Future Shock" format of twisty one-off stories way back in '77, and that's gotta buy you a little immortality. Tales of Telguuth was also a series of short pieces, 1 to 3 chapters in length, but set in a dedicated fantasy universe and written exclusively by Moore between the years 2000 and 2003. Artists include Ajibayo "Siku" Akinsiku, Greg Staples, Simon Davis, Carl Critchlow, Clint Langley, Paul Johnson and others. This 190-page Rebellion softcover should collect everything, along with an introduction by Alan Moore; $29.99.

Nemo Vol. 3: River of Ghosts: Speak of the devil - here is Alan Moore with a little comic of his very own, drawn by Mr. Kevin O'Neill, who may not have originated the Future Shock, but did invent the credit boxes that guaranteed 2000 AD contributors would not be forever corralled into the anonymity of trade secrets. But anyway, this is the final hardcover spinoff album from Moore's & O'Neill's The League of Extraordinary Gentlemen, a starring vehicle for the Janni Nemo character and (basically) a prolonged return to the adventuresome tenor of the earliest LoEG stories - this one's set in the 1970s, and purportedly invokes the Russ Meyer oeuvre, so watch out! Moore has stated that he has a non-LoEG collaboration with O'Neill coming up next, something "experimental and modernist," although I'm sure this is not the end of the franchise. A 56-page Top Shelf/Knockabout production, distributed in North America by IDW; $14.95.

Bouncer Vol. 3: Black Hearts: Of the many Alejandro Jodorowsky-written comics available in English translation, the Bouncer series may be the closest he's come to no-frills genre entertainment, and I've gotta say he's pretty good at that; I'd trade a few ostensibly more ambitious projects for these exceedingly high-polish old west gunfighter comics, although I also know that a huge part of the appeal is artist François Boucq, a craftsman of tremendous expertise (whose Fauve d'or-winning 1985 album The Magician's Wife, with writer Jerome Charyn, will soon be returning to print via Dover Publications). This 124-page, 7.9" x 10.8" Humanoids hardcover collects tomes 6-7 (2008-09) from the French series, the last ones published by Les Humanoïdes before the series moved to Glénat (so, maybe don't expect anything later from this source). Samples; $24.95.

World War X Vol. 1 (of 3): Helius (&) Masked Vol. 1 (of 4): Anomalies: Two Titan translations of French comics, one of them sporting some rather familiar names. I've always liked what I've seen of Peter Snejbjerg, a Danish artist who drew a lot of Vertigo comics in the '90s, in addition to a huge portion of the James Robinson-written Starman and various John Arcudi scripts, and World War X sees him teamed with Jerry Frissen (who worked with fellow Arcudi collaborator Guy Davis on The Zombies that Ate the World) for a 2013 series on the classic Earth invasion theme. Masked, meanwhile, is another work from writer Serge Lehman (Titan is also translating The Chimera Brigade, maybe his best-known comics scripting work), a 2011-13 robot-fighting superhero series with artist Stéphane Créty; $15.99 (War), $14.99 (Masked).

Insurrection Vol. 2: Liberty: Another Rebellion import this week, collecting some Judge Dredd spinoff work from writer Dan Abnett and artist Colin MacNeil - specifically, it's set among outer space colonists who've declared independence from the fascistic Mega-City system, and wind up dealing with both space alien aggressors and unhappy Earth forces. It's efficient enough entertainment, brought to a straightforward conclusion in this 96-page softcover; $22.99.

Archie's Pal Jughead Archives Vol. 1 (&) Vampirella Archives Vol. 11: "Would you like to visit the Jughead archives?" Yes Senator, I would! There's at least 100,000,000,000 pages of Archie-related material out there right now, with more trees felled for the Riverdale cause each and every minute, but Dark Horse's Archives promises to take us back to the '40s with Samm Schwartz, George Frese and Joe Edwards, so I'd look at it a little. Vampirella is from Dynamite, but mimics Dark Horse's format for their Warren magazine reprints, so close enough. Issues #72-79 feature art by José González, Esteban Maroto, José Ortiz, Alex Niño, Russ Heath, Pepe Moreno, Alfonso Azpiri and others. Jughead preview, Vampirella preview; $49.99 (each).

Jem and The Holograms #1 (&) Miami Vice: Remix #1: Hell, why *not* cut some experienced offbeat artists loose on the franchise revivals? That's the message IDW is delivering this week with a pair of comic book debuts. The Jem television show (a secret identity rock band cartoon) was actually created by a comic book pro -- Christy Marx of Sisterhood of Steel -- but here's it's scripted by novelist and writer-on-comics Kelly Thompson, with art by the reliably vivid Sophie Campbell, of Wet Moon, Glory, and other endeavors. Miami Vice is an IDW/Lion Forge co-production, loosing artist Jim Mahfood on the famous crime property with scripting by Joe Casey. Jem preview, Vice preview; $3.99 (each).

Captain Victory and the Galactic Rangers #6 (of 6): Speaking of Casey, here is the conclusion of a Kirby estate-licensed project he's been scripting at Dynamite, which through its multiple clone characters and shifting art perspectives struck me as the first mainline SF comic I've seen to really groove on Image's formidable Prophet revival via Brandon Graham & various. Many segment artists are scheduled for this big conclsion, including Nathan Fox, Nick Dragotta, Michel Fiffe, the aforementioned Jim Mahfood, Benjamin Marra, Dan McDaid, Tradd Moore, and, in a truly amusing bit of stunt casting, Gideon Stargrave creator Grant Morrison with what I believe is his first-ever comic book art for a writer that is not himself. Preview; $3.99.

The Multiversity: Ultra Comics: And since I'm on the topic, know too that Morrison-the-writer has the penultimate issue of this alternate dimension tour-of-genre superhero saga at DC this week, with penciller Doug Mahnke drawing the story of... Ultra Comics, the very comic you are reading, but also a character of sorts in The Multiversity itself. Also, the issue is set in 'our' world -- and supposedly will comment on the 'vampiric' nature of communion with art and entertainment in a life of limited minutes -- so expect metafictional high tide in the mighty Morrison manner. Preview/interview; $4.99. 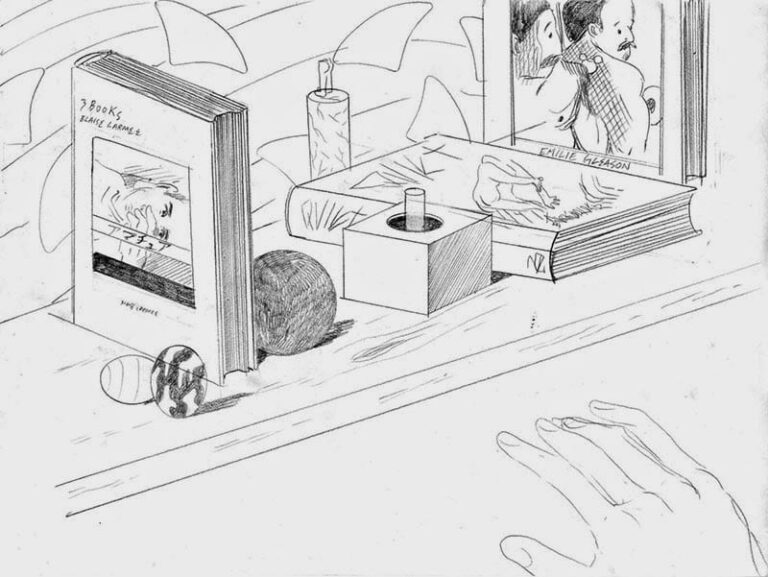 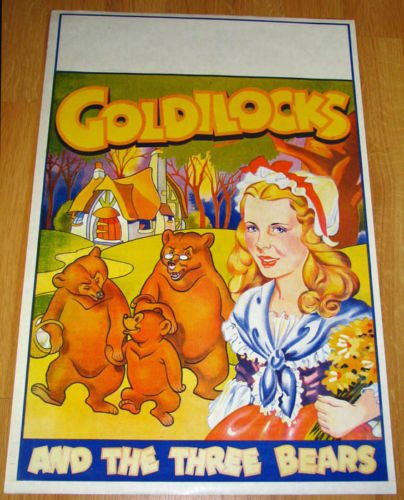