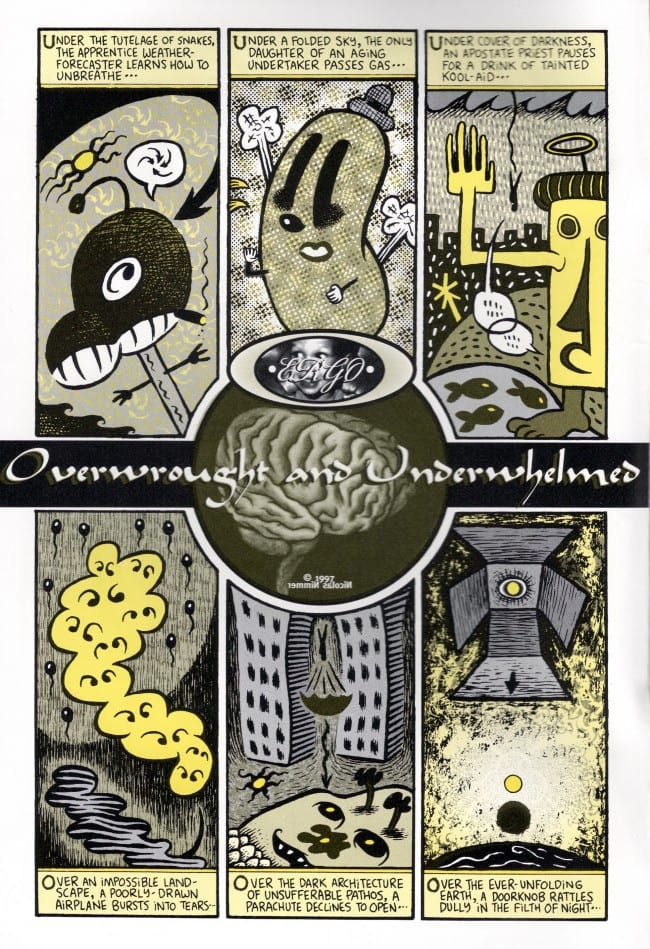 Yesterday, Tom Spurgeon brought word of the death of Jess Johnson, an artist perhaps best known to readers of this column for works presented under the name of "Jeff Johnson" in the 1994 Fantagraphics series Nurture the Devil, and various alternative comics anthologies of the same decade. Above we see a one-page color piece from Zero Zero #19, although I suspect that's not the artist's widely-recalled comic of '97.

No, when most readers think of Johnson, they think of "For Fuck's Sake", from the Fanta/Eros anthology Dirty Stories. A sprightly nightmare of self-loathing annihilation, in which malevolent teen girls and their Beagle Boy lovers torment a frail boy in ladies' underwear -- culminating with a rifle blast into the rectum -- the story anticipates the inflamed cruelties of artists like Josh Simmons, though Johnson often gives the impression of working in raw-nerved imaginative memoir. An earlier Zero Zero story, issue #4's "Gruesome Charlie in 'No Erect Penises'" (1995), follows a bitter porn cartoonist on a double-date with his lover and a pair of normie friends; you get plenty of disdain for the shallowness of straight society, but the heart of the piece is in a shared memory of an earlier date, wherein the title character hears a confession of love he can no longer remember or appreciate in the waking world - or, perhaps he can never find the words to acknowledge it, so great is his bitterness. 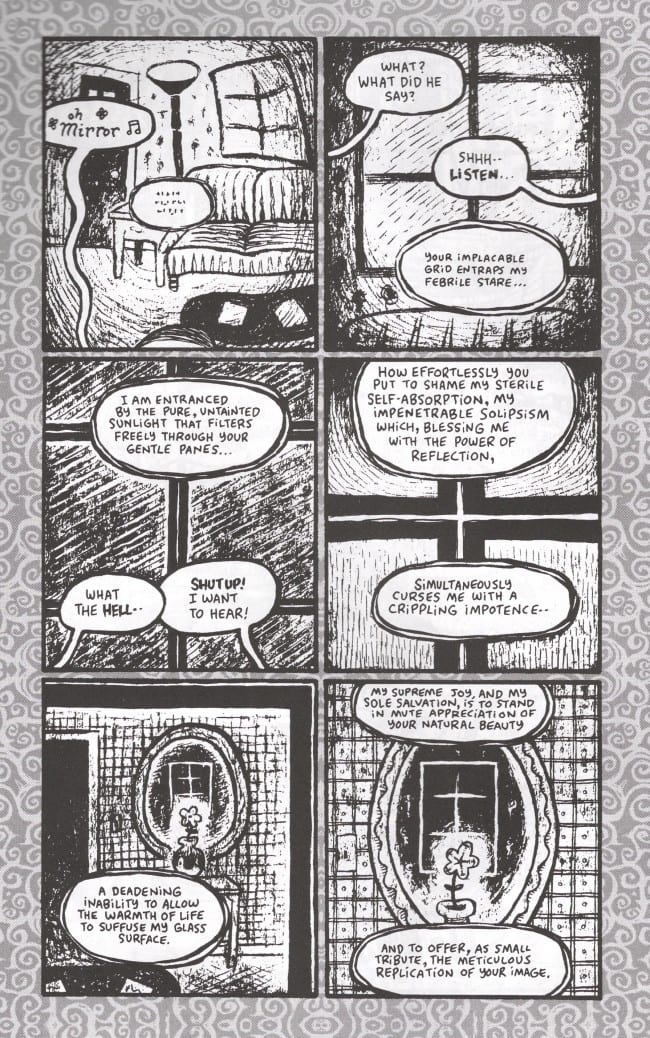 This one's from Zero Zero #10 - "The Mirror Game" (1996), in which pieces of furniture snipe at one another, mocking and lamenting protestations of love and weeping alone, unable to move or touch. Johnson was not just a contributing cartoonist at Fantagraphics; the artist also did coloring work on an Archer Prewitt short in Zero Zero #8, as well as various issues of Hate and the '97 Maggie and Hopey Color Fun special. Occasional reference was made to a forthcoming graphic novel, Sad Brat, Bad Star, but this did not emerge until 2013, and only then as fragments within an ambitious print-on-demand effort the artist launched as "J.K. Johnson" (an effort to encompass all of Johnson's identities under one heading) - a life in books, from the late '80s through the present. Johnson had never stopped drawing, and still has a bit of drawing yet to show - the forthcoming New York Review Comics edition of Blutch's Peplum will feature Jess Johnson's English lettering. 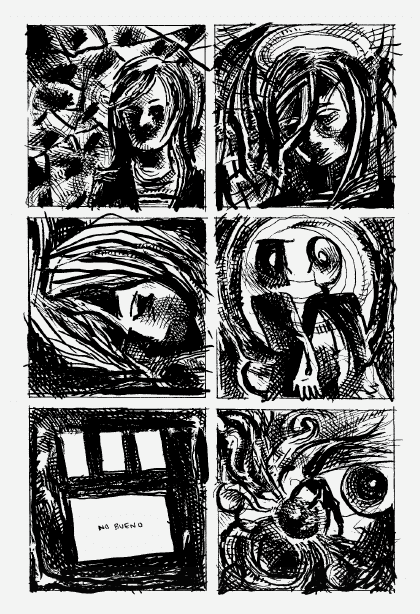 "[A]ll my work is about the betrayal of childhood by adulthood, and sexuality guards the border between the two like a three-headed hellhound." So states the artist in the preface to Negative Space, a 2015 proposal document intended to attract publishers to a collection of Nurture the Devil and many other 1990s comics. The same year, a newly-colored version of "For Fuck's Sake" was released on Facebook, to promote a concurrent and much larger PoD collection, Inviolate. What I have excerpted above, however, is from Johnson's Auto-da-Fé zines of 2001-10, which can be purchased as a $3.00 PDF file - these works are yet more private then even Johnson's alternative comics of the prior decade, and speak to life continuing beyond the delectation of mass media. "You should visit this planet before it dies," says the artist about Sad Brat, Bad Star, and know that while Johnson is now gone, the cosmos above hovers a while still. 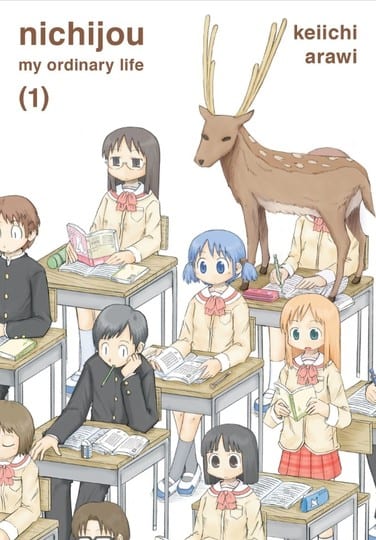 nichijou: my ordinary life Vol. 1: An easy-going week in new releases, headed by this collection of absurd schoolday comedies by Keiichi Arawi - the kind of thing with kids hanging out with robots and deer like it's normal. Well-regarded. There's been something of a delay in the series' localization, as it was initially supposed to be released by Bandai about half a decade ago, one presumes to leapfrog off a 2011 anime series. Now Vertical does the honors for this first 100-page edition, with a total of ten volumes available in Japanese; $10.95. 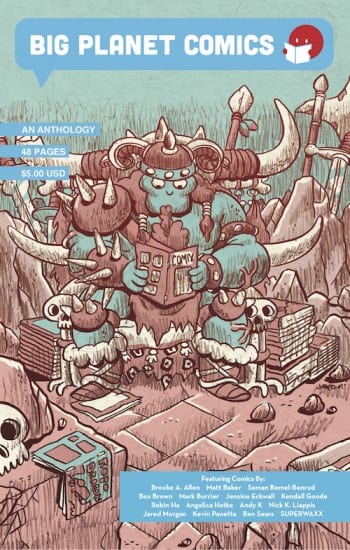 Big Planet Comics: Blue: And from the prominent Washington, D.C. area retailer/publisher, we get a 48-page comic book anthology of friends and local creators, including works by Box Brown, Jared Morgan, Ben Sears, Robin Ha and others. An SPX 2015 debut, just now hitting Diamond-serviced retailers. Incidentally, Big Planet's 2016 publishing lineup with Retrofit is still seeking funds for its Kickstarter campaign, if you want to contribute. Samples; $5.00.

Hour of the Zombie Vol. 1: Great news - I know absolutely nothing about this comic or artist Tsukasa Saimura, save that he used to contribute to Play Comic, an Akita Shoten magazine that dares blend the worlds of gambling and porn for adult heterosexual males. This, however, comes from Tokuma Shoten's seinen monthly Comic Ryū, which used to be part of the anime magazine Animage; it's the same magazine that runs Monster Musume, which is a comedy about sexy supernatural women with bestial attributes. Anyway, it's a zombie comic in a high school setting, and the art looks like the kind of semi-realist gory stuff Studio Proteus would have released through Dark Horse 15 years ago. However, Seven Seas is the English publisher; $12.99.

Golem: Also unfamiliar to me is Italian artist Lorenzo Ceccotti, who works in a glowing-colored style typical of not a few western talents seeking to collapse the distance between manga, anime and local expectations (Ceccotti himself cites to the mangaka and illustrator Takamichi as an influence). This 280-page softcover from Magnetic Press marks his solo English debut, following releases in Italy and France - it's a work of politic action-SF with conspiracies and terrorism and the like. Preview; $19.99.

Planet of the Damned & Death Planet (&) Strontium Dog: Outlaw Digest: Two from the world of 2000 AD, since I guess we're just touring the globe now down here. Planet/Death is a 95-page compendium of 1970s serials, both of them dealing with terror in space. The Pat Mills-scripted "Planet of the Damned" actually ran in Starlord, a magazine that was eventually folded into 2000 AD, where "Death Planet" ran at around the same time. Outlaw is a mini-sized collection of a slightly later (1984) storyline in the long-running mutant bounty hunter series from Judge Dredd creators John Wagner & Carlos Ezquerra, here with scripting by Alan Grant. Both are import items from Rebellion; $17.99 (Planet), $10.99 (Outlaw).

World's Funnest: Hey, did you see Batman v Superman last weekend? Did you shudder when an Eastern European merc fired a bullet directly into Batman's head, but because his cowl is bulletproof he just whipped around and obliterated everyone, like almost definitely straight-up killed them all? I didn't -- although I do think Zack Snyder probably screened John Wick at some point -- and yet I'd still be interested in this collection of light-hearted tales involving those little imp people that annoy Batman and Superman, including the 2000 Even Dorkin-scripted World's Funnest OGN and the 1995 Alan Grant/Kevin O'Neill Mitefall special, along with some bonus vintage stuff; $19.99.

Ed Brubaker: Conversations: Finally, your book-on-comics for the week is another University Press of Mississippi paperback collecting interviews with a particular talent, this time crime comics specialist (and '90s alt comics veteran) Brubaker, as edited by Terrence R. Wandtke. It's 144 pages; $40.00. 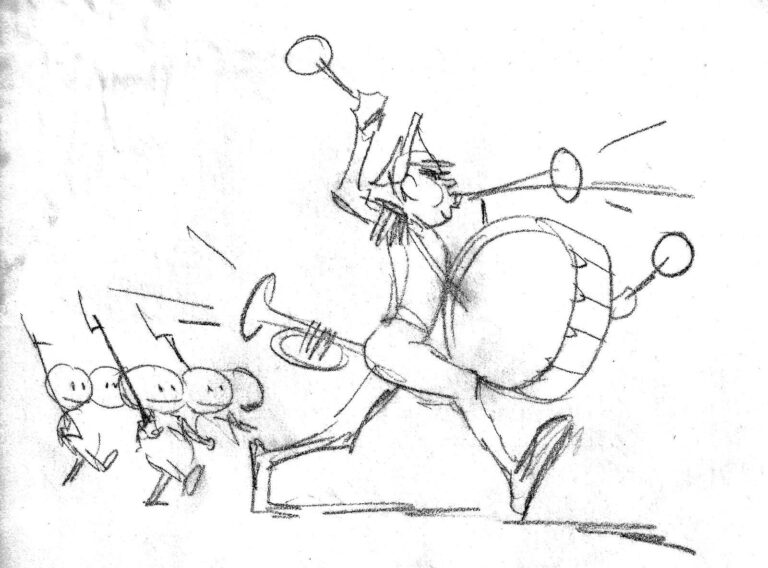