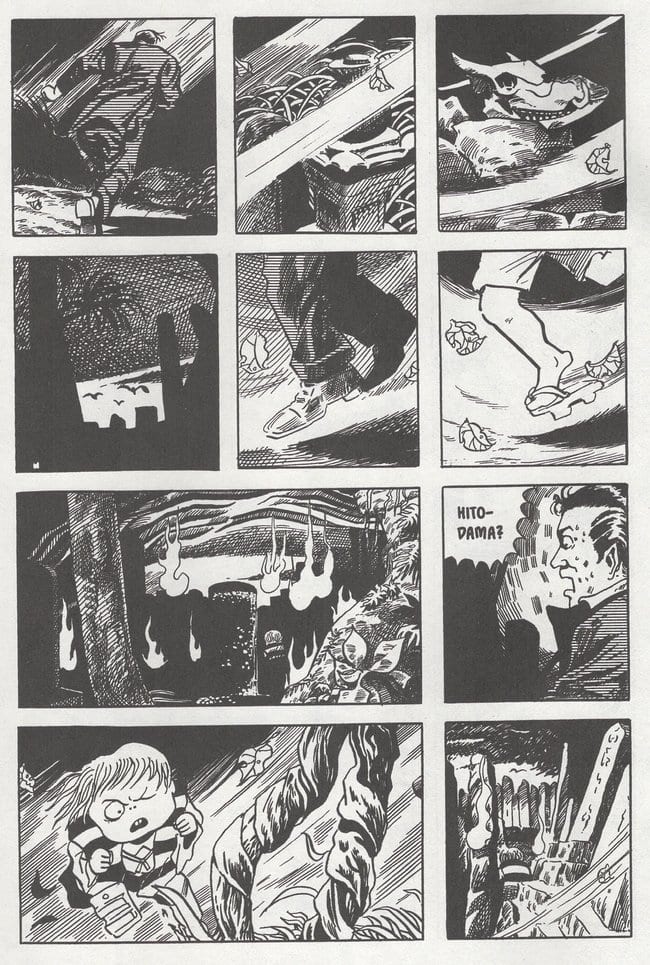 Shigeru Mizuki, 1922-2015. I'm very fond of this 1960s page from his Kitarō series of kids' horror comics; a chase nearly in abstract, interested far more in shifting geography than the proximity of bodies. The juxtaposition of detailed environments and simplified characters by which Mizuki's aesthetic might be stereotyped is not quite in place here, so that Kitarō instead seems hewed from the same stuff as the wispy boneyard decor - everything pitted against the clip art-like body of "Mizuki", the businessman/surrogate father, whose face collects and discards lurid hatching throughout the story, as if tensing in sympathy with the exertions of his namesake behind the drawing board. Here we see elements of style in striking development, a grammar not yet in diction, suspended in time like onibi, those licks of spirit flame: the undying soul, by which we are consumed.

PLEASE NOTE: What follows is not a series of capsule reviews but an annotated selection of items listed by Diamond Comic Distributors for release to comic book retailers in North America on the particular Wednesday identified in the column title above. Be aware that some of these comics may be published by Fantagraphics Books, the entity which also administers the posting of this column, and that I also run a podcast with an employee of Nobrow Press. Not every listed item will necessarily arrive at every comic book retailer, in that some items may be delayed and ordered quantities will vary. I have in all likelihood not read any of the comics listed below, in that they are not yet released as of the writing of this column, nor will I necessarily read or purchase every item identified; THIS WEEK IN COMICS! reflects only what I find to be potentially interesting. 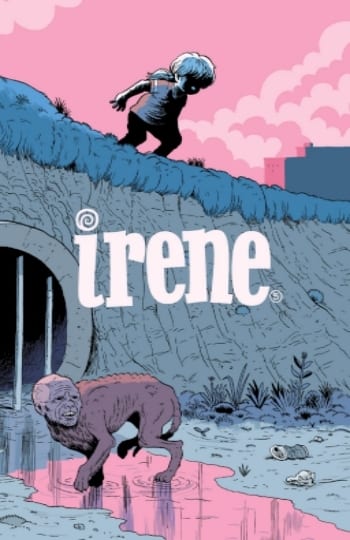 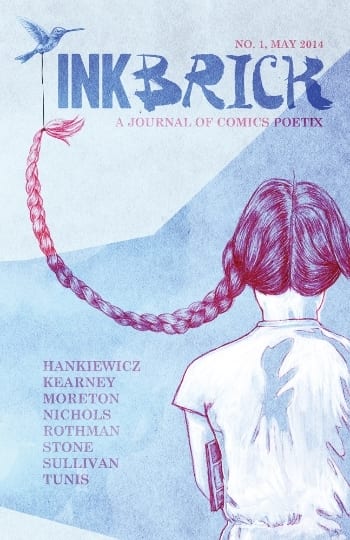 Ink Brick #1: And here is the first of four journals -- and still ongoing! -- from the Ink Brick press for comics poetry in its myriad manifestations. This debutante release is 48 color pages at 5.5" x 8.5", featuring original work from John Hankiewicz, creator of last year's standout handmade graphic novel Education, as well as L. Nichols, Simon Moreton and others. Rob Clough has a rundown; $8.00.

The Juggler of Our Lady: The Classic Christmas Story: Hey - another week, another Dover reissue of some lost comics specimen, this time a 1953 book from NYC's R.O. Blechman, adapting Anatole France's 19th century tale of offering the best of yourself regardless of material achievement. It was later made into an animated short during Gene Deitch's tenure at Terrytoons. A 144-page, 6" x 9" hardcover release, with introductory texts by Jules Feiffer and Maurice Sendak; $12.95.

The Only Child (&) Alpha: A pair of distinctly image-driven books here from international talents. The Only Child is a 112-page Penguin Random House release from Chinese artist Guojing, depicting the solitude and curiosity of a small girl on a metaphorical journey into the woods after getting lost on the way to grandma. Lots of super-soft charcoals. Alpha, in contrast, looks to be 360 pages of hard grids charting the trajectory of evolution on Earth through redrawn images sampled from scientific data, mythic narratives and popular culture by German artist Jens Harder. Published by Actes Sud in 2009, though this English market edition comes from Knockabout; $19.99 (Child), $53.99 (Alpha).

Philémon Adventures Vol. 3: The Suspended Castle: A Eurocomics release of a different type here, in which Toon Books translates a 1973 album from Mssr. Frédéric Othon Théodore Aristidès (or "Fred"), a terrifically skilled, funny cartoonist working through a whimsical and surreal style of juvenile quest narrative. Beloved work in France, presented here as a 7.75" x 10" hardcover. Samples; $16.95.

Showman Killer Vol. 1 (of 3): Heartless Hero (&) The Quest for the Time Bird: More from the French side, both Titan hardcovers geared toward adults. Showman Killer is a 56-page, 8.5" x 11" album kicking off a 2010-12 space assassin series from writer Alejandro Jodorowsky and artist Nicolas Fructus, the latter of whom saw part of his solo Thorinth series translated by Humanoids eons ago (i.e. 2002), though he has also colored some of François Boucq's stuff on the Jodorowsky-written Bouncer. In contrast, The Quest for the Time Bird is a 232-page, 9.7" x 12.8" omnibus, compiling the 1983-87 first cycle of a fantasy series which you may recognize under NBM's old title of "Roxanna & the Quest for the Time Bird", visualized in lavish fashion by artist and animator Régis Loisel, later of a bleak rendition of Peter Pan well-known to '90s readers of Heavy Metal. The writer is Serge Le Tendre, whom I recall from a sexually-driven suspense thriller titled Lea, which Acme Press translated back in the mid-'80s; $15.99 (Showman), $39.99 (Bird).

Prince Valiant Vol. 12: 1959-1960 (&) Walt Disney's Mickey Mouse Vol. 8: The Tomorrow Wars (&) Moominmamma's Maid: A three-up of vintage newspaper works, all of them doubtlessly familiar to readers of this site. Prince Valiant is Hal Foster, closing out the '50s in the accompaniment of a Neal Adams introduction and a suite of advertising art. Mickey Mouse is Floyd Gottfredson & co., tackling a space age scenario among other daily continuities. And Moominmamma's Maid is Tove Jansson, whose work is rearranged in color for young readers out for a self-contained experience; $34.99 (Valiant), $34.99 (Mickey), $9.95 (Moominmamma).

Osamu Tezuka: Anime & Manga Character Sketchbook (&) Osamu Tezuka: Anime Character Illustrations: Finally, your comics-related items of the week - a pair of 5.9" x 8.3" Udon hardcovers celebrating the preparatory drawings of the critical post-WWII comics & cartoon polymath. The "Anime & Manga" book is 144 pages, while the "Anime Character" tome weighs in at 224, but both will likely prove valuable as glimpses into Tezuka's ceaseless creative process; $39.99 (each).

This week's front page image comes from a Halloween giveaway sampler excerpting Drawn and Quarterly's forthcoming release of Shigeru Mizuki's Kitaro Vol. 1: The Birth of Kitaro. The English translator is Zack Davisson, via an English font designed by Kevin Huizenga. The book should arrive in March of 2016. 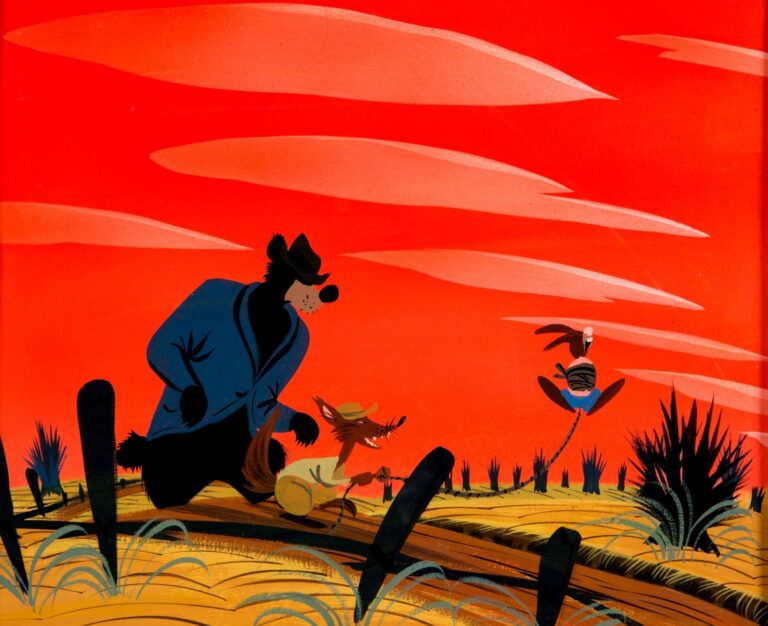 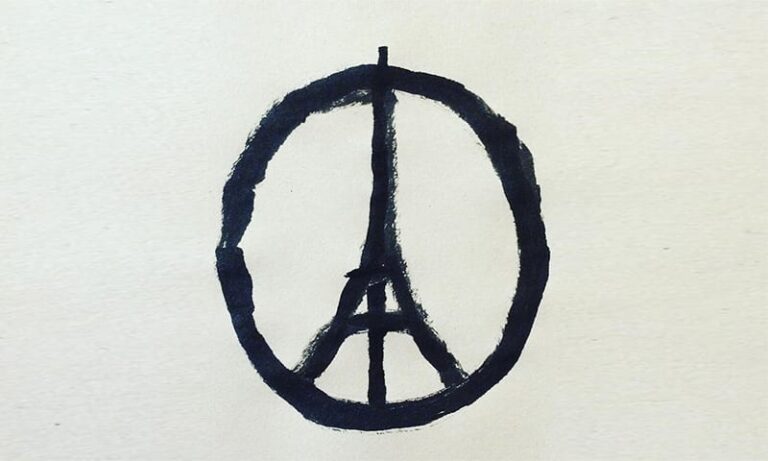