It has become something of a cliché to refer to Chris Ware’s protagonists as leading, in Thoreau’s phrase, lives of quiet desperation. But what draws me to his work is precisely the quietness of the despondency implied by so many of the drawn-out moments in Ware’s work that make us blush with pity and empathy. And the question I often ask is: what does silence teach us about the graphic medium, and the perception that we listen to comics as much as we engage in reading them? In my essay “Chris Ware and the Pursuit of Slowness”, I looked at Jimmy Corrigan in particular to show how narrative strategies of deceleration—especially the use of silent panels—critique the speed of technology and consumer culture. Building Stories reworks the idea of silence not only as a way of interrupting narrative and reading flow to tether the reader to the chilly hopelessness of single, mostly empty panels from which emotion and motion both have been completely evacuated. Ware also uses silence to illustrate both the consequences of failed communication (hi-tech devices are used, but never meaningfully) and as an antidote to the addictive, mechanical gestures of an interconnected world. Indeed, the most puzzling effect of this eminently multi-readable collection of texts resides, for me, in its indecision about the meaning and occasion of silence, what it does on a narrative level and what it fails to achieve, the failures that it documents and the reader rapport into which it—slowly—draws us. 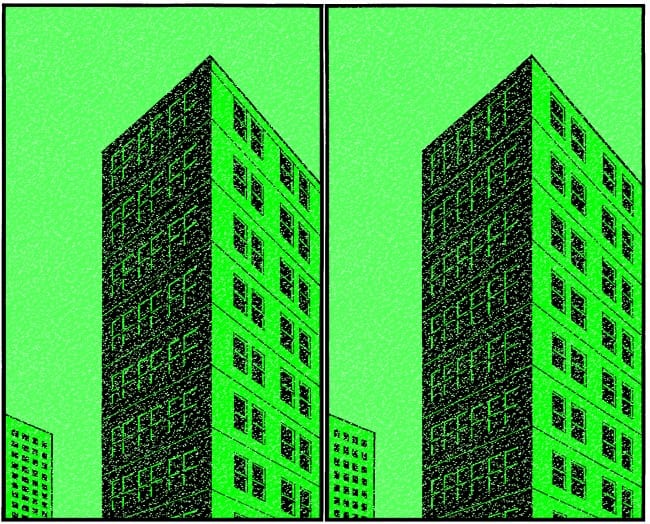 Given the significance of wordless panels for this work, especially one flipbook that recounts the protagonist’s contented family life after the birth of her daughter, silence demands our attention. One might even argue that even the extremely wordy pages of the other sequences, for example the New York Times Magazine run that appears here in Golden Book format, is narrated silently to some extent because the extremely small-print dialogue and exposition aren’t legible on the same level as the drawings. Certainly two years ago there was sufficient material on which to ground the argument that slowness and silence organize both the lives of Ware’s protagonists and the pattern of engagement, on a formal and affective level, between the reader and the page. Building Stories confirms that finding. It also goes beyond dramatizing silence as a means toward narrative and emotional occlusion to uncover a broad palette of silences derived from human interaction (or the lack of it) and as an almost palpable tension at the interface of the body and the smart computing device.

In a separate series of snow-suffused panels, the monologue of the heartbroken protagonist juxtaposes the silence of despair with the soothing quiet of expected, even longed-for extinction. She looks through the film of falling snow to imagine her death, and the relief that death would bring her, and to remember the sense-enhancing silence of childhood, of long Saturdays spent drawing. In the longer flipbook the snow burial appears in a different, more emollient light. In the diaper-change scene our gaze wanders to the snow-coated windows behind the doting mother. We realize the snow doesn’t layer any higher from one panel to the next, which tells us how much time has passed in between panels. It’s a matter of minutes, which fall here as slowly and lackadaisically as snowflakes. The wordless flipbook suggests a dilated, endlessly elastic sense of time by monitoring the almost imperceptibly shifting curlings of a cat asleep on the bed. In moments such as these the silence is situational rather than imposed, and the quiet lull of the panels emerges from the unnaturally prolonged focus on naturally quiet phases of life. Ware repeatedly extends the challenge—familiar to his readers—of distinguishing how one panel differs from another. A less familiar measure of silence and slowness is the perpendicular aerial shot: we see husband and wife in bed, immovable on their respective sides, from a high vantage point. Not only do the sudden shifts from eye-level to elevated viewpoint require slow readjustment, but they also seem to suck the air out of the scene, encapsulating its sequestered mood (also intimated by the location of solitary figures slightly to one side of the silent panels in which they appear, as if forced out of the frame by an invisible pressure). Noise in these panels would be too afraid to sound out, and in other moments we realize that the fear to become audible plays into the anxieties of the protagonist about her disability as well, as she worries that the repeated TAKs of her crutch on the floor would be loud enough to awaken her neighbors. 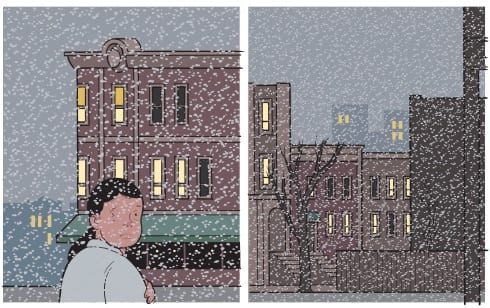 The filmic montage of silent panels, seen in Jimmy Corrigan, is even more conspicuous here. Although very little is going on, we see every gesture and movement in close-up: the running tap water, the lid replaced on the formula bottle, the cat sneaking away, her body ominously cut off by the panel frame. A gesture as simple as toasting a slice of bread requires four consecutive panels. The stationary angle that captures half-bodies and empty frames also adds to the ponderous pace of the story: as the woman bends forward and out of the frame, the “camera” doesn’t follow her movements. Instead it lags behind and seems always one step too slow, dysfunctional, or disinterested. Even more than Jimmy Corrigan, from which my earlier essay singled out an unhurried series of panels focusing on a red telephone, Building Stories instantiates the silence and immutability of objects. The POV becomes one of these objects, like a surveillance camera hidden somewhere in the house, registering with infinite patience long stretches of empty time. Similarly, when the mother observes her daughter from the car parked underneath the school window, hers is the silence of surreptitious infatuation.

But what do we make, on a psychological level, of these attempts to paint time beyond the embarrassment and shame they dramatize in Jimmy Corrigan? The perspective is a woman’s and worth further investigation as such. The wordless flipbook can be read as a diary of postnatal depression. The muffled, hypnotic tension of the mothering scenes might reveal the loneliness of spending each day with a person who seems close yet unfamiliar. A toy discarded under the furniture is at once endearing and disquieting. We aren’t quite sure what to make of it. Not much is said in the first years of one’s life, and we are invited to consider how that might affect the formation of a young mind and its love for drawing. The most horrifying silence of all occurs in a panel that shows an empty pool, the daughter hiding, unbeknownst to the terrified mother, underneath the surface. Every moment threatens to announce a termination, and we read on knowing that disaster is about to strike: the pool is a case in point, as is the vantage point of a fairy tale moment when the girl puts on a princess dress for Halloween. There is both horror and religious sublime in these moments of rarefied silence.

What will probably draw most attention in Building Stories is the alienating interaction of its protagonists with various kinds of electronic devices and gadgets. From the viewpoint of my concern with speed and silence, it’s interesting that in the wordless flipbook, both notebook and TV screens are blank. It also seems apposite that telephones are used but not actually spoken into. I want to stress the importance of understanding these small criticisms of communication technology as only one part of a larger, subdued statement on the even weightier silence of an uncommunicative “god.” The A2-size panel on which this word is projected—at the lower end of an image of a long suburban street—implies that we need to consider the question of religion, on a formal level, as one of stillness and scale (it also shows that Ware enters cinematic territory, and in discussing the aura of the everyday in his comics we might well turn to someone like Terrence Malick). I wrote in another recent essay about the political implications of graphic silence, especially in comics journalism. Beyond aesthetics and politics, Building Stories has convinced me that it’s time to reconsider the taciturn piety of Ware’s work as evidence of the graphic genre as religious art. 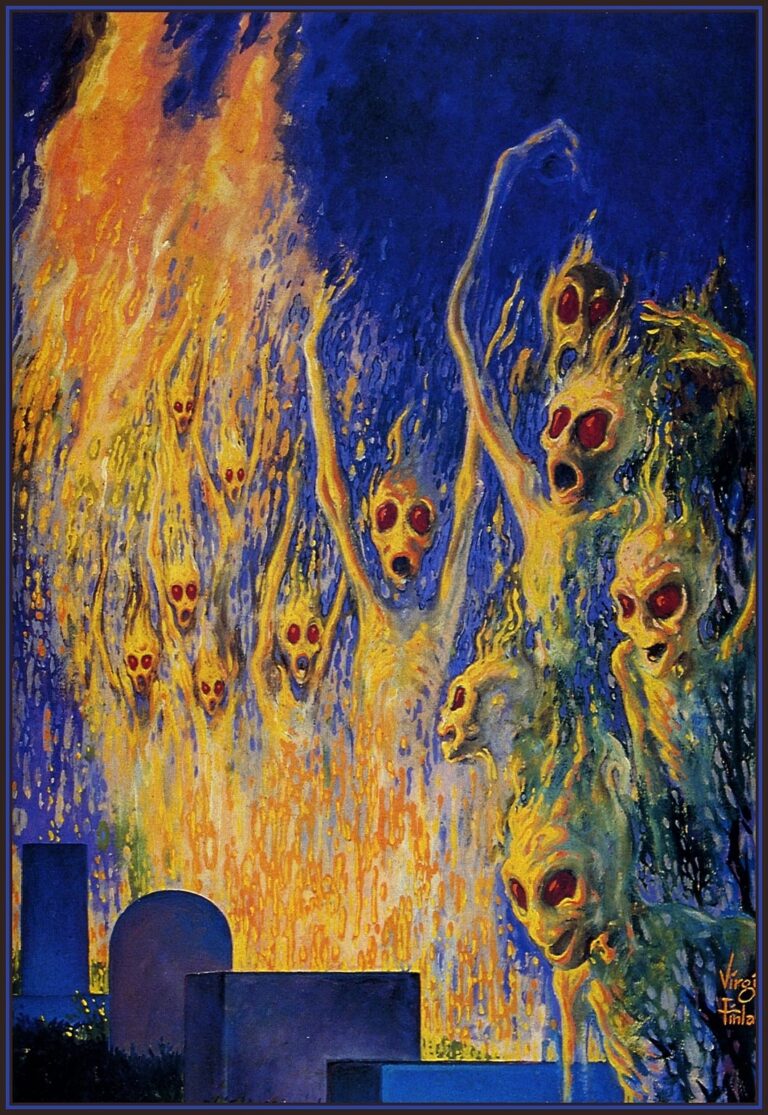 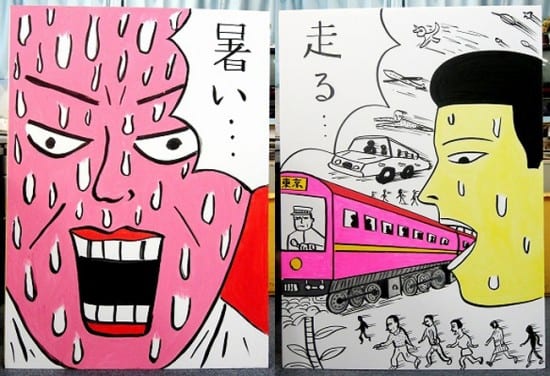