This week, Sloane Leong continues her series of interviews with fellow artists-in-residence at the Maison des Auteurs in Angoulême, France. This time, she spoke with Josune Arrutia about cancer, Susan Sontag, and the growing interest in what's being called "graphic medicine."

Josune Urrutia: The project has no title yet. It’s about six women artists that lived with cancer and decided to make work in order to re-signify the surroundings and meanings of cancer through art.

And so what motivated you to write that sort of story?

It’s been almost ten years since I was diagnosed with cancer, and in a way it changed my life.

Yeah, I first made the Brief Illustrated Encyclopedic Dictionary of MY Cancer at the end of 2017. It’s not a comic, it’s actually an alphabet that approaches cancer from different points of view, territories, genres and languages, attempting to understand the universal reality of cancer based on my personal experience with cancer and illness.

What type of cancer did you battle with?

Ovarian. So this is the first thing I made related to cancer and illness. The Brief Dictionary has been germinal for other projects like the comic I’m working on here at MdA, or the one with Art Center La Panera and the Radiation Oncology Unit of the public Hospital in Lleida, Catalonia. We are working on a collective illustrated publication about cancer. It’s a participatory project where all the hospital community takes part: the team of radiotherapy oncology, doctors, technicians, patients, family expansive, etc. It’s like my Brief Dictionary, but collective.

The great Joe McCulloch returns with a review of panpanya's Invitation from a Crab.

Despite the terrific influence Japanese comics have had on small-press and online-focused cartoonists here in the English-speaking west, it's still pretty rare to encounter the Japanese equivalents of those none-too-mainstream artists in translation. Much of what is presented as 'manga' to overseas readers is very much commercial entertainment - because Japan's industry of comics is comparatively very healthy, there are many more professional working cartoonists, and a wider net can thus be cast into the stream of popular genres and topics; it's more akin to cable television than anything familiar to English-language comics. As a result, even if you stick to the biggest publishers and the more formulaic titles, 'manga' will appear to be more diverse. But smaller manga do sometimes get through. Just last month, the Tokyo bookstore and art gallery Popotame put out an English-translated selection of comics titled Popocomi, for release at the Toronto Comic Arts Festival. This follows a 2016 English edition of the Japanese indie manga anthology USCA from Diorama Books, and 2018's š! #32, a Latvian-assembled showcase for Japanese artists. Among larger publishers, we must not forget that Kabi Nagata's hugely-acclaimed memoir My Lesbian Experience with Loneliness (published in English by Seven Seas) began its life as a personal webcomic, or that the popular ESPer mayhem series Mob Psycho 100 (published in English by Dark Horse) is from an artist, ONE, who made his name doing similarly lo-fi online work.

Into this scene drops An Invitation from a Crab, a year-one release for the new manga-in-English publisher Denpa, as translated by Ko Ransom. The collection itself is not a small-press item; it was first released in Japanese in 2014 by Hakusensha, the same publisher that handles Berserk, and parts of it appeared beforehand via Rakuen, a mainline comics magazine marketed to women. However, the artist, panpanya, has deep roots in Japanese small- and self-publishing, particularly as it relates to Comitia, a seasonal convention dedicated to original works (as opposed to the fanfiction-heavy tables of the larger Comiket). Considerable domestic acclaim followed the 2013 release of Ashizuri Aquarium, a first-ever arrangement of the artist's theretofore self-published comics, as released by January and July, a book publisher-cum-anime goods merchant; An Invitation from a Crab is thus panpanya's wider-release sophomore collection - a major-label second album, albeit the first to appear in English.

When it comes to reading Viewotron No. 1, the inaugural volume of Sam Sharpe’s ‘one-or-more-person comics anthology’ co-created with Peach S Goodrich, it’s all a matter of perspective. In the volume’s second comic, ‘The Secret Origins of Viewotron’, the eponymous thingamabob is revealed to have been a literal ‘deus ex machina’ created by Sharpe and Goodrich back in 2005 as a prop for an impromptu sci-fi film the two had been working on at the time. “It’s a machine whose purpose is unclear,” Sam confidently states, whose only explicit function being to reveal something “different” to whomever looks into it. When asked what exactly the Viewotron shows to the person peering through it, Sam simply replies, “Whatever your character needs to see.” This concept, of a tool facilitated to reveal the unseen and essential truth of one’s lived experiences through the animating spark of their subjectivity, is carried through to the color scheme of Viewotron itself: an mock-analyphic red and cyan composition evoking comparisons to the earliest forms of commercial 3D imagery. What at first is mundane can turn out to be revelatory, if viewed with the proper mindset. It’s an appropriate context for a disarmingly pleasant collection of stories that tackle everything from the anxiety of subjective experience, misplaced expectations, mortality, loneliness, and the aimless struggle to find one’s sense of place and meaning in the world.

—News. The New York Times has decided to end their publication of all political cartoons, several weeks after the controversy over a syndicated anti-Netanyahu cartoon in its international edition. Times cartoonist Pat Chappette writes about the decision:

All my professional life, I have been driven by the conviction that the unique freedom of political cartooning entails a great sense of responsibility.

In 20-plus years of delivering a twice-weekly cartoon for the International Herald Tribune first, and then The New York Times, and after receiving three OPC awards in that category, I thought the case for political cartoons had been made (in a newspaper that was notoriously reluctant to the form in past history.) But something happened. In April 2019, a Netanyahu caricature from syndication reprinted in the international editions triggered widespread outrage, a Times apology and the termination of syndicated cartoons. Last week, my employers told me they'll be ending in-house political cartoons as well by July. I’m putting down my pen, with a sigh: that’s a lot of years of work undone by a single cartoon - not even mine - that should never have run in the best newspaper of the world. [...]

Before settling, InfoWars tried a novel legal strategy of suggesting, without evidence, that Furie had actually based Pepe on an Argentinian amphibian cartoon character named “El Sapo Pepe.” But on Tuesday, InfoWars agreed to destroy all remaining copies of the poster, and pay back the $14,000 it made from the poster sales—along with an additional $1,000.

Dad only ever seemed to shut the studio door on Fridays. His slate of six dailies and one nine-panel Sunday strip were due to the inker by 6:00 P.M., and he rarely finished a minute before. And just as his professional anxiety reached its weekly zenith, we three children would burst back into the pre-war Central Park West co-op with typical weekend-anticipatory zeal. The few times my father could have been said to have snapped at me unfairly occurred at the threshold of his studio, in mid-afternoon on a Friday: deadline day (or, as my sister called it, “Daddy’s Mad Day).

At Women Write About Comics, Jameson Hampton writes about the online furor that recently erupted around Chelsea Cain and her current Image series, Man-Eaters.

It’s not breaking news that Chelsea Cain, author of Marvel’s Mockingbird, has seen her share of criticism lately for her new comic, Man-Eaters, published by Image Comics. Hailed by some as feminist critique, numerous aspects of Man-Eaters have also been slammed by critics for being insensitive to various groups of people. Cain has acknowledged these critics in the past, going so far as to publicly pledge to do better.

The very premise of the book — a mutation causes menstruating women to turn into dangerous were-felines — has been criticized for being gender essentialist and ignoring the existence of trans people, despite Cain’s claims otherwise. (It also features a plot point where estrogen is added to the water, which is uncomfortably reminiscent of real life fear-mongering about the trans community.) Additionally, more recent issues of the comic have featured (white) women in concentration camps and being forced to drink out of different water fountains than men, garnering criticism that she’s being hypothetically alarmist about things that have actually happened (and are, in fact, still happening) to people of color. 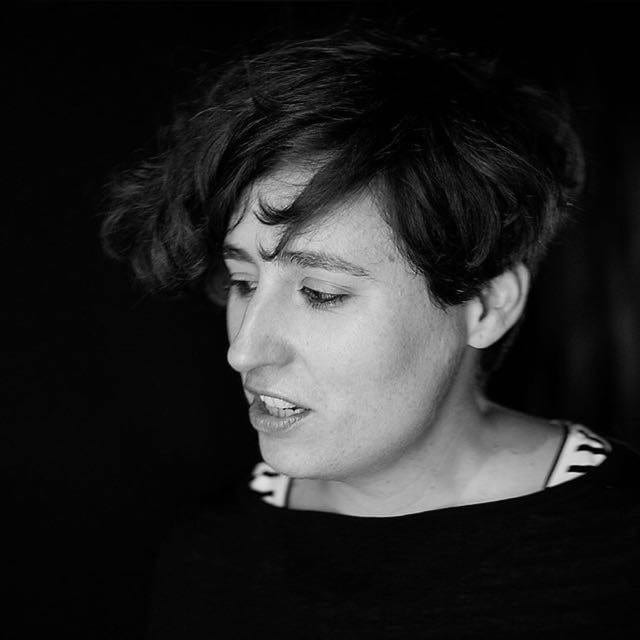 “We Need to Talk about Illness in a Way That’s Not Paternalistic”: Sloane Leong Talks to Josune Urrutia 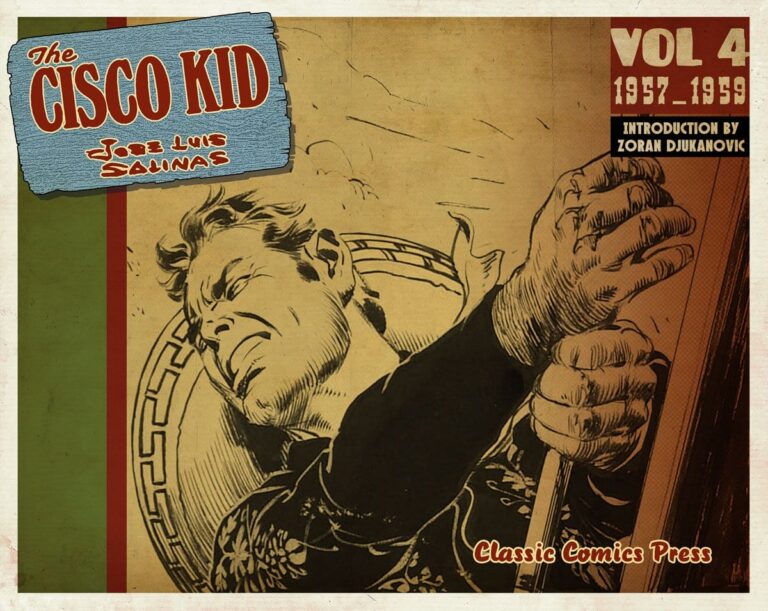