Welcome to the working week. The rolling wave of previews from our long-awaited issue 301 continue this morning, with an excerpt from a conversation between the legendary Mad and Humbug artist Al Jaffee and the Tales to Thrizzle cartoonist and funniest man on Twitter Michael Kupperman. Gary Groth moderates.

Have we ever been asked to actually root for Frank before? As the star attraction in Jim Woodring’s oddball menagerie, the purple-furred, minstrel-gloved naïf is usually just a little shit. Whether he’s stabbing the craven Manhog in the ear or apprenticing himself to the diabolical Whim, Frank is often little more than a dastard, a rogue, a loafer with a blank stare. Despite the occasional glimmer of fellow-feeling, Frank pursues his desires and exacts his revenge with few pangs of conscience and little concern for the future. Strange, then, that with Congress of the Animals, Frank has for once become our hero, our champion, our semblable.

If you were on the site this weekend, then you already saw Frank Santoro turned in one of his inimitable and highly entertaining travel reports, this time documenting his time visiting Kevin Huizenga, Dan Zettwoch, Ted May, and Sacha Mardou in St. Louis. As is Frank's wont, the piece also includes an elegy to the pre-internet minicomics world, a behind-the-scenes glimpse at art methods behind Huizenga's new Ganges issue, and a seemingly unending stream of recommendations for comics and art tools. In other words, it's a good one.

Last Friday, we invited 4CP's John "The Scan Master" Hilgart to provide our daily blog post—you read that, right?—and so it falls to me to make sure you didn't miss the fifth entry of Michael DeForge's Cartoonist's Diary, this time with Risograph images. Thanks, Michael!

Also on Friday, in easily one of the best essays I've read on Chester Brown's Paying for It written thus far—well worth checking out even if you're sick of hearing about that book—Ken Parille splits himself into three and argues amongst himselves. You kind of have to read it to understand. 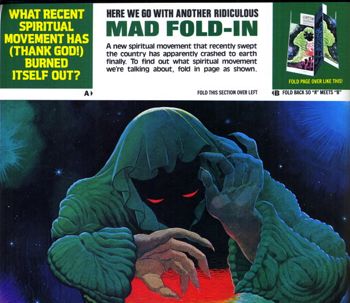 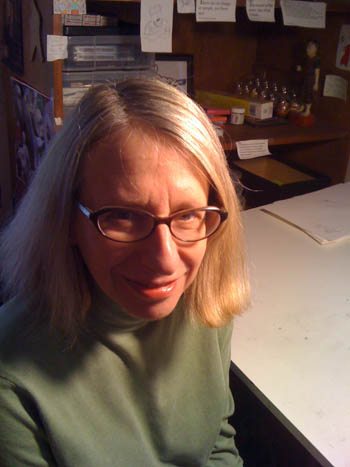