Ian Densford is here with the fourth day of his Cartoonist's Diary.

em>Mr. Wolf’s Class, Aron Nels Steinke’s latest graphic novel for young readers, takes place on the first day of fourth grade, when everything is new and exciting and also nerve-wracking—for teachers and students alike. Steinke draws upon his experiences as an elementary educator, which lends authenticity to the story, and features delightfully anthropomorphized versions of himself (as a wolf, obviously) and the rest of the cast, adding an extra layer of cuteness and fun to the proceedings. Although the word “charming” will be (quite correctly) used to describe the book, its quiet championing of inclusivity and tolerance are seriously welcome in our current, scary political climate. It's a book that young children (and quite a number of adults) will find irresistible.

Steinke originally drew “Mr. Wolf” as an autobiographical webcomic for mature readers, presented in brief, generally one-page installments. In those strips, the antics of the kids were seen strictly through Mr. Wolf’s/Steinke's bemused, occasionally bewildered, but always appreciative eyes. The strip also explored the hard work and more-than-occasional angst involved in being responsible for teaching young children.

For Mr. Wolf's Class Steinke changes the focus, not only including but giving priority to the perspectives and experiences of the children.

—News. DC has canceled plans to publish a deluxe edition of the Binder/Beck Captain Marvel Monster Society of Evil comics. The publisher cited concerns over content, likely referring to racist caricatures in the comic.

[Hollander] is a Chicago native and one of our most important women cartoonists. Her long running strip Sylvia commented with acerbic wit on political, gender and social issues (plus what it is like to live with a cat) for over 30 years from the late 1970s until Hollander ‘retired’ Sylvia in 2012.

Nicole Hollander studied art at the University of Illinois Urbana Champaign and later at Boston University. For many years she ran a successful graphic design company in Chicago and it was as graphic design director for the feminist publication The Spokeswoman that she started to experiment with cartoons and the comic strip form.

It took me a while to get the hang of the difference between comics and picture books. I made a picture book a while ago called “Little Mouse Gets Ready,” about a mouse trying to get dressed, for Françoise Mouly, the publisher of Toon Books. The whole story appeared in my head like magic: being a kid and learning to dress, putting on the underwear, struggling with buttons and buttonholes, and the payoff at the end. It took less than two weeks to write, draw and ink that entire book. That’s never happened before and was actually pretty fun.

But “Smiley’s Dream Book” was harder. It was quite a few tries with my editors at Scholastic saying, “This is not a picture book, you just wrote a comic book.” The thing with a picture book is you don’t want to overload the pages with a lot of text. You want the idea to be very simple, but have a point. Finally, I got it. I will say that the kind of stories I wrote for the Bone characters when I was 9 are the kinds I’m doing now as picture books. And I still like to keep elements of comics in there, like they speak in word balloons.

The latest guest on Comics Alternative is Jules Feiffer.

—Commentary. The Independent marks the 80th anniversary of The Beano.

Bolstered by this multimedia success, The Beano’s last set of ABC figures recorded an almost 8 per cent rise; it now sells more than 37,500 copies a week, or 1.86 million copies a year. In a comic market which has dropped by approximately 10 per cent in the same period, these figures are somewhere in the region of miraculous, yet simple testimony to publishers DC Thomson’s knowledge of their market. “Online traffic has grown 900 per cent in the last year,” says Stirling. “Two million kids use the site, which is the number of kids who read the comic itself back in the 1950s.”

Such new technologies are a world away from what was available in 1938, when the Dundee-based newspaper and publishing company had already enjoyed much success with its line of adventure comics and two recent cartoon creations for the Sunday Post newspaper; the still-enduring Broons and Oor Wullie strips. Into this environment of near-guaranteed success, DC Thomson’s head of children’s publishing RD Low authorised a batch of new titles, including one which featured the adventurous ostrich Big Eggo on its cover. 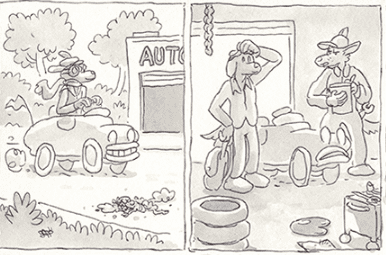 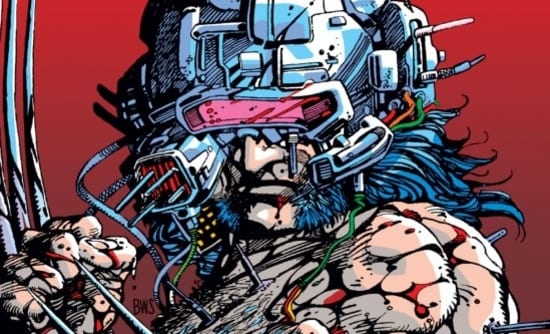