I suppose you're all wondering why I've gathered you here today. Unfortunately, this will be the final time you get your links from me, Good Ol' Ryan Flanders. I'm newly involved with a long-term endeavor that can't overlap with This Week's Links.

Before we link — AND LO SHALL WE LINK — I 'd like to bestow massive gratitude and glory upon my editor, Tucker Stone, for asking me write this feature, and for trusting and encouraging me throughout my tenure. Thanks to Gary Groth for giving the thumbs-up in the first place, and to Eric Reynolds and RJ Casey for warm welcomes. Thanks to cartoonist Tim Hamilton, who always took time to share a link to the Links on Twitter.

Thanks to all the cartoonists, comic writers, comic artists, comic journalists, comic bloggers, comics interviewers, comics podcasters and comics video-makers for providing actual items to link to. I mean, right? You know? Otherwise you'd have been clicking through to stories on junk food trends and woolly mammoth cloning.

Speaking of you, thanks to all of YOU who read, commented, played along, had a laugh or a groan with me week by week. I hope you found a new comic or creator that you've come to love; I hope I helped a few comics makers generate some dollars along the way.

Stay well. You never know what's coming next in life.

• There are a number of notable convention cancellations and postponements as a result of nationwide attempts to limit the spread of the COVID-19 virus in America. These include, as of this writing, Seattle's Emerald City Comic Con, Anaheim's WonderCon and Boston's Ace Comic Con Northeast, NYC's Museum of Comic and Cartoon Art Festival, and Kansas City's Planet Comicon.

• However, comic luminaries are offering at-home alternatives to in-person shows, including Jen Vaughn's Very Very Shopping Network, C. Spike Trotman's Pajama Con and Oni Press' pop-up shop, which is even selling items that would have been convention exclusives.

• Similarly, cartoonist and prominent MAD artist Tom Richmond is taking his con appearances "virtual." You can get sketches, caricatures, prints, and all that stuff you'd normally find at his table at his site.

• The Beat provided Part 1 of "Tips for Staying Healthy at Comic Cons" written by THE perfect person to do so: cartoonist Kriota Willberg.

• Golden Age comic artist Allen Bellman has died and is remembered at ComicsDC.

• Jordan Crane has a new, hand-made, lovely-looking little book. Check it out below and get it here.

• TCJ posted a new "Retail Therapy" entry (one of my favorite columns on the site), spending some time at beloved Pittsburgh shop The Copacetic Comics Company.

• Did someone say Pittsburgh? P-Town's own Ed Piskor showed us his "First 1,000 Crappy Pages" — a charming overview of the comics he drew as a kid and fledgling cartoonist — this week on Cartoonist Kayfabe. (Let's hope Jim Rugg does one next.)

• Malaka Gharib created another coronavirus-centered comic for NPR, this one about her attempt to follow proper hygiene techniques to the letter.

• It wouldn't be a final Flanders feature without some Josh Mecouch:

•••••
INTERVIEWS ON THE PRECIPICE

Make It Then Tell Everybody with Dan Berry
• Cartoonist Ben Passmore

• The student newspaper that helped launch the careers of Jeff Kinney, Frank Cho, and Aaron McGruder is ending its print edition.

• The new issue of the Spanish edition of Vogue has a comic on its cover! The art is by Jandro Gonzalez.

• Brett Parson is selling originals. I'm a fan of this fella:

•••••
REVIEWS AT THE ELEVENTH HOUR

Polygon
• Al Ewing et al's. The Immortal Hulk (like, just the whole series, all of it) by Oliver Sava

• All-time great Darick Robertson is working on something new but won't tell us what:

Gonna tease a page of a GREAT new project I’m working on that I’m totally excited about, without naming who wrote it or who’s publishing it, because I’m naughty. pic.twitter.com/bi835JZB0x

• Tomer Hanuka has this week's cover of The New Yorker.

• Writer Tim Seeley is the new Editor-in-Chief of Heavy Metal, according to Bleeding Cool.

• Jeopardy! certainly had comics on the brain this week.

• The Uncanny X-Men #206 was the first "real" comic I bought, the first one that really meant something to me. I found it on a Shop Rite spinner rack. Turns out that was 34 years ago this week. Kismet:

What a thrill this has been!

Like all things, this one's for Spaghetti — and also for you: 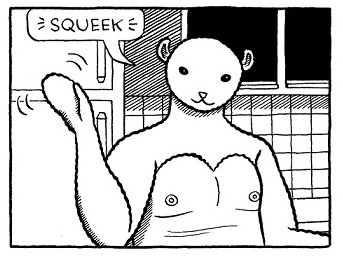 “I Would Never Draw Except To Tell A Story.”: An Interview with Nick Maandag 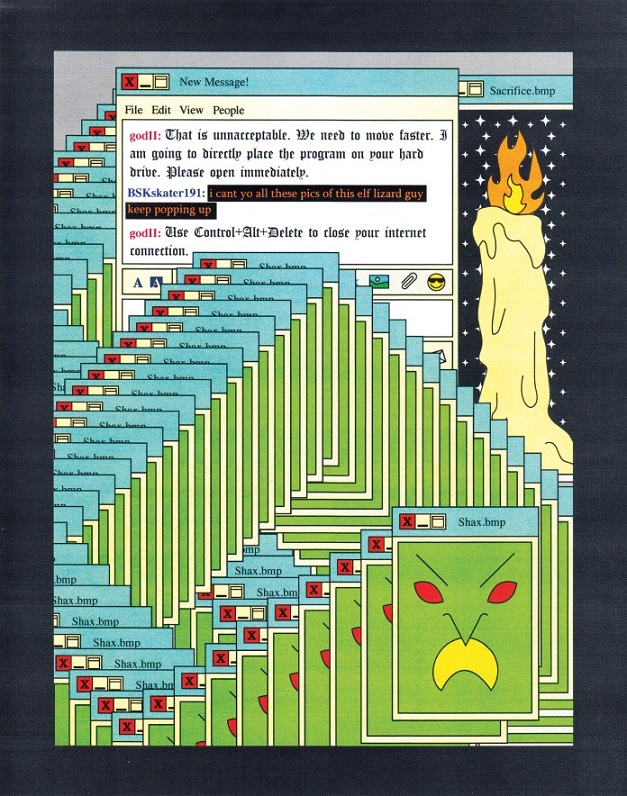