Today on the site, Austin English is here with another installment of his 10 Cent Museum column. This week, by way of explaining where his aesthetic comes from, he shares many of the minicomics that are most important to its development, which includes work by a long and disparate list of cartoonists (Aidan Koch, Ben Jones, Lizz Hickey, Ted May, etc.).

Mini-comics, even the "classic" ones, often disappear. Some of the most beautiful ones are never reprinted. Many artists choose not to have their earliest work collected, seeing the flaws ever so clearly, while the reader from the past holds the work close to the heart, aware of all the undeniable beautiful moments it also so obviously contains. Those private moments have shaped so many readers who went on to make mini-comics (or regular comics) of their own. The works disappear, remaining only in the hearts and minds of a happy few, but their essence (whether aesthetic, political, formal, etc.) live on as new shapes in new works of art.

Again, everyone's zine collection is a unique assemblage of specific touchstones. It depends on what area of the world you happened to be living in, whether your co-workers happened to make zines, the various festivals you intentionally or accidentally ventured to, or what you were willing to accept artistically at different moments in your life. To me, a zine collection assembled in this way is far more priceless than one built on determining who were the most important artists of every decade and adopting a completist attitude about seeking out every self published work these artists made. That's the same as reading Tintin; it's open to everyone to do.

For this column, I went through all my zine archives and picked out dozens of publications. While there are important (to me) zines that have been left out, I've tried to cull together a group that explains where I'm coming from. Within these selections, there is work by peers, artists I admired and emulated, people in my life, publications I acquired mysteriously, zines I carried from house to house because I found them comforting, and items that have a hold over me simply due to the moment in time that I found them.

We also have a stellar must-read review of Chris Ware's Monograph written by Joe McCulloch, which is easily and far away the best piece on the book I've yet read.

Ware is frequently praised for the exactitude of his architectural drawings, or the musicality of his page layouts, but less discussed is the talent I've personally found most affecting - the way he composes books. The first comic of Ware's I'd ever read was The ACME Novelty Library #4 (Fantagraphics, 1994), which I'd elected to receive as a bonus prize after buying trade paperback compilations of Jeff Smith's Bone from a mail-order service. I was in high school, so this was the late 1990s, maybe '97. ACME #4 was the second assortment of work later compiled as Quimby the Mouse (Fantagraphics, 2003), and while the comics themselves rightly rewired a complacent brain -- I had read enough edgy and aggressive comics at that point that I was aware comics were capable of adopting impolite themes, but the idea of diagrammatic works that coaxed immense pain from the systems of life were completely foreign -- I was even more stunned by the presentation of that vast pamphlet. The method by which Ware applied a fancy and outmoded language of gaiety to bitter scenarios went beyond direct parody; there was a great deal of contextual work done to set the artifice of Ware's make-believe ACME Novelty Company (the organization ostensibly 'behind' his comics) against what I readily understood to be wildly uncommercial and very personal comics. This was not simple irony to me. This was a comic book that seemed to evoke the very history of printed entertainment, to reveal it, systemically, as first a means of forestalling the signal of human pain, and then as a means of enunciating that pain. A hellish memory palace.

When I read it, comics were in shambles. Distribution had mostly collapsed and many stores had gone out of business; I wasn't even paying attention to comics very much, they had grown so embarrassing to me as a profoundly insecure teen, but I still knew things had gone to shit. ACME read like one last song before the apocalypse, a testament to grand labor and ruined ambition as the flood waters rose to drown the stage.

—News. DMG Entertainment has purchased Valiant, apparently believing there are some successful movies and/or TV shows to be made from it. (I'm no expert, but unless you're talking characters with strong name recognition or genuinely good or innovative stories, I don't see the point of buying things like this.)

For [CEO Dan] Mintz, Valiant occupies a valuable position in the IP field. Not only is it something with a global awareness, but it is also something that people pay for, month in and month out, and is in a “tipping point” place, making it ready for a next-level jump.

“This is something that is validated already and is on a road that has already been traveled by Marvel and DC,” he says.

The value of the deal was not disclosed and Mintz had no comment, other than to add, “You don’t step into something like this lightly. You don’t want a very expensive pet.”

—Interviews & Profiles. The most recent guest on Process Party is Whit Taylor.

This comic is one of the most fun autobio comics I’ve ever read. The drawings are spectacular, it’s great that she was able to summon enough of this creative energy for every panel, and deliver consistently. Her drawings are like candy that don’t lose their sweetness when eaten too much. The drawings are simultaneously so expressive, but all done with that line that Sammy Harkham always talks about, where every drawing has the same weight to it and it doesn’t deviate.

“Little Dot, artist” is a theme that recurs frequently throughout her adventures, and is an ongoing source of graphic creativity for her illustrators. And as a one-dimensional girl in a two-dimensional world, the edges of her form will often vanish, blending into the background like one of those dapper figures in Ludwig Hohlwein and J.C. Leyendecker illustrations, or a Coles Phillips fadeaway girl.

Dot was widely famous, and occasionally Harvey’s top-seller, from the mid-1950s through the late-1960s. But her popularity began to fade in the 1970s, during a downtrend in which comics were no longer for kids that much. After then, her appearance became spotty, with her total disappearance in 1994. Since then, aside from being name-checked for a split-second in a 2002 Simpsons episode (start at 2:08 here), she’a faded from pop culture’s short collective memory. However, the concept of dots in endless, relentless repetition is alive and prospering in the form of avant-garde art’s latest superstar, Yayoi Kusama.

—Not Comics. Meredith Gran (Octopus Pie) is developing a video game, and raising funds via Kickstarter. 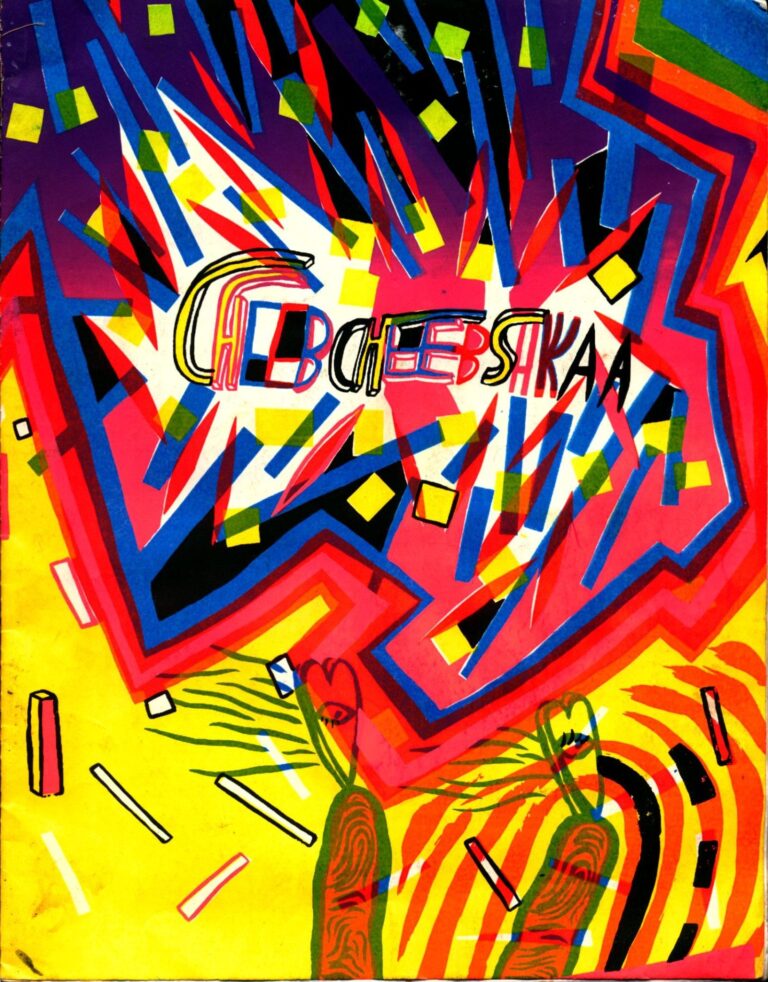 Where I’m Coming From (Part 1) 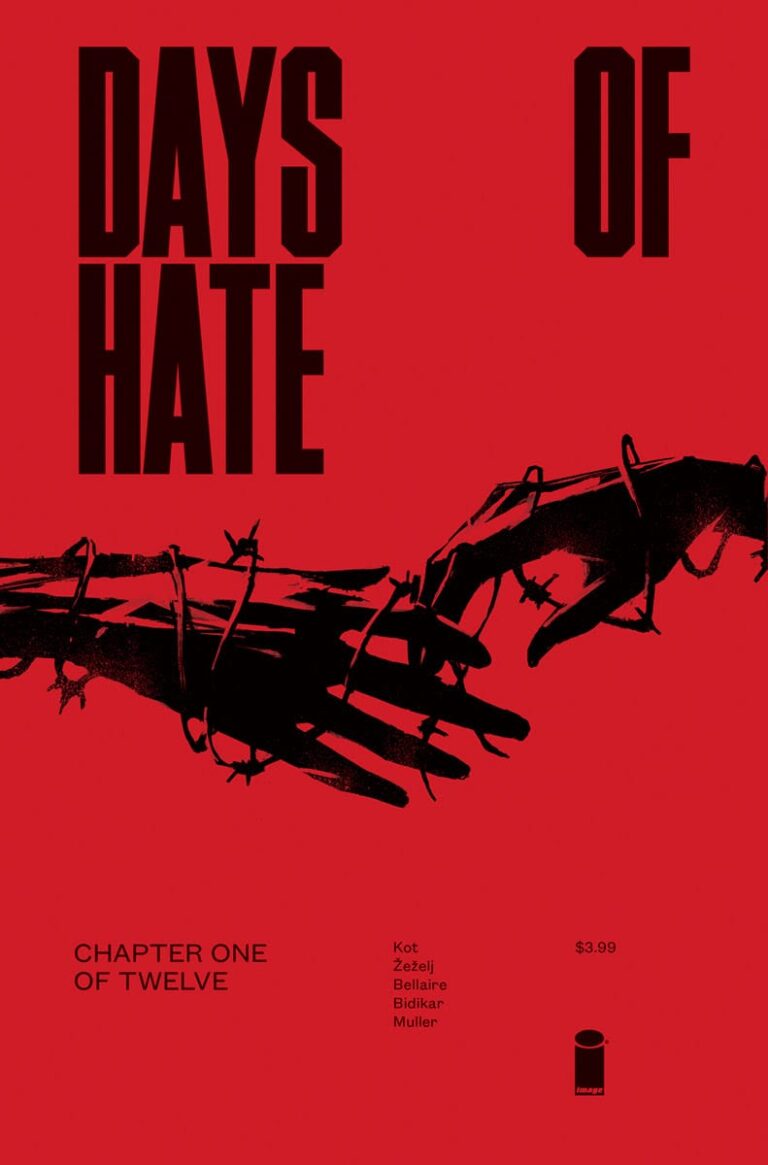 “I Watch For Patterns”: An Interview with Aleš Kot