Today at the Journal, we've got the second day of Billy Burkert's Cartoonist Diary: straight out of Texas, he is.

That's not all though--we've also got a review from Leonard Pierce, his first of what I hope will be many for The Journal. Leonard's debut piece for TCJ is on the most recent graphic novel from Chuck Forsman, Slasher.

How do we talk about violence in a world so saturated with violence that it takes a body count in the dozens to even make the news? How do we discuss the psychology of violence at a time when the villains of our culture are expected to be calculating psychopaths, and even the heroes are imbued with more than a hint of sociopathy? And, more to the point, how do we portray violent behavior and the way it is formed in comics, whose entire existence for the last century or so has depended on violence as a crucial part of its storytelling language, and even in their more adventurous experiments of late, have run the portrayals of serial killers and lonely brutes so far into the ground they’ve formed their own artistic substratum?

We've covered a lot of Forsman related stuff since I've come aboard, but I'm still wondering: are the people who ask questions about how to make it in the industry keeping abreast of what Chuck has been doing lately? Are they aware of the obstacles that have been placed in his path, and how he has managed dealing with them? I'm supposed to go and speak to another class of art students about how to find a career in cartooning in March, and the more I reminiscence over the choices that he's made in the years that I've known him, the more I think that my best course of action would be to recap the last 36 months of Chuck's choices. Make lots of stuff (and finish the stuff you started making), experiment with as many different delivery systems as possible, maintain professional relationships with multiple publishers, travel to different places and talk to different people, help out as many artists as you can while still making your own work, work with young people who are hungry and smart (but never treat them like sycophants). Anyway. Making it happen. 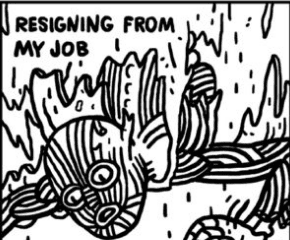 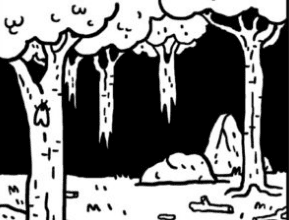