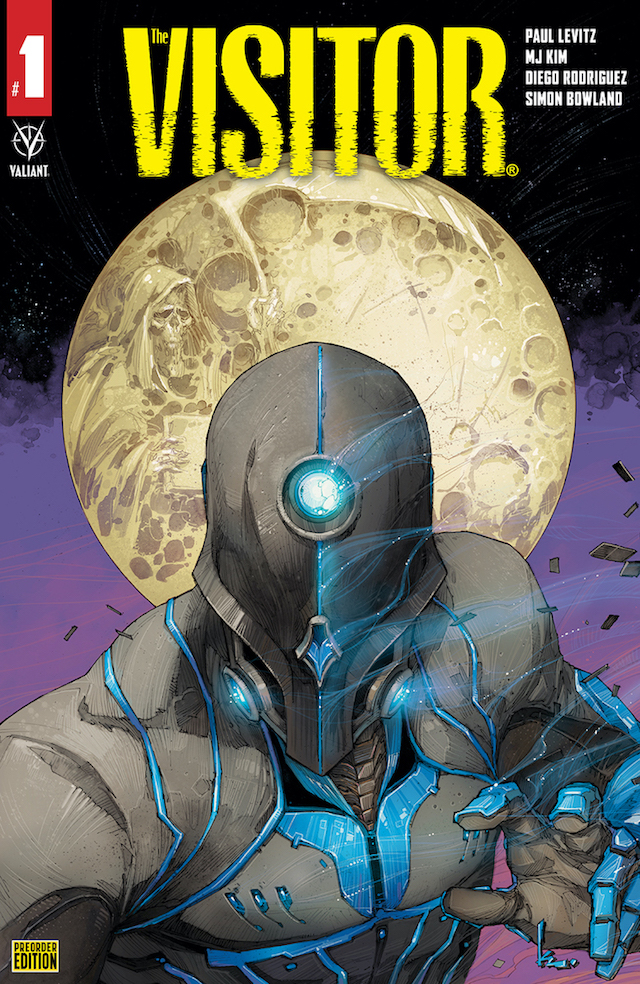 So to my eternal chagrin - I won’t say yours, as I don’t know you and would hate to presume - Valiant is still A Thing. I’ve been wrong about a lot of Things over the years so I guess it’s really no big to be wrong about one more.

Let’s be clear - I’ve made no bones in public of my disdain for Valiant 2.0’s business model these last eight years. It seemed so cynical on the face of it: just keep throwing venture capital-funded comics industry resources in the direction of Hollywood, until they actually make a movie and the company can go from being a good investment to a strong contender. If you had bet me any time before the last week I would have laid cold cash on the barrel head to the effect that there would never be any substantial return on this investment.

And yet. Valiant has succeeded in their designs, because there’s a Bloodshot movie coming out. Not just to the SyFy network, or Hulu, but to real honest-to-gosh movie theaters. It’s got Vin Diesel in it, so it’s got an even chance of being something that gets six sequels or something that gets stuck as the B-side to The Last Witch Hunter on a Wal-Mart DVD double feature. The prophecies revealed in Rai #0 are still alive in our time.

Astroturfed or not, the company has succeeded in launching at least one movie. They wouldn’t have made it if someone didn’t think there was a market - and there probably is a market. Just like there was a market for another superhero universe at the dawn of the 90s when Jim Shooter breathed improbable life into the soggy kindling of Solar, Magnus, and Turok. (None of whom are actually part of Valiant anymore, mind.) I suppose it makes as much sense as anything else. Valiant briefly carved out a niche in the early 90s as the thinking man’s superhero concern. That reputation dissolved into the finest gossamer the moment Shooter was ousted from the company and everyone else on hand spent years trying to resuscitate that fleeting spark. But during that brief moment they were one of the top four publishers in the industry, and that’s not nothing, especially considering how little Shooter had to work with at the outset.

The Visitor, our ostensible subject today, is a book and character that shares with Bloodshot the distinction of having been created by the company in the aftermath of Shooter’s ousting. Bloodshot was as a spin-off of Rai, which was itself a spin-off of the aforementioned Magnus, Robot Fighter. The Visitor initially premiered in 1995, just two years following the industry bloodbath of Summer 1993, a generational culling partly precipitated by over-ordering of supposed “hot” books guaranteed (absolutely guaranteed!) to provide a satisfactory return on ones investment. Hot books like the first Bloodshot #1, sold to retailers by the crate in early 1993. The Visitor is a character and concept, then, from the company’s first decline, and of fleeting enough interest in the annals of 1990s comic books that I did a double take upon seeing he had returned.

The original Bloodshot shares with the Visitor a creator, in the form of writer Kevin VanHook (who created ol’ Bloodeyes hisself, along with Don Perlin and Bob Layton), who also wrote the first three issues of The Visitor in 1995. The character was a complete mystery, a masked man who appeared out of nowhere, and who was strongly hinted at being extraterrestrial. This was a big deal in 1995, when the only aliens established in the Valiant Universe were the spider aliens who had bedeviled the company’s heroes since the very beginning. Of course, that turned out to be a red herring - his real identity turned out to be that of another longtime Valiant character, whose identity I won’t give away just on the odd chance there’s someone who’s been out of comics for a while and doesn’t yet know the original Visitor was Peter Stanchek’s alternate future doppelgänger. 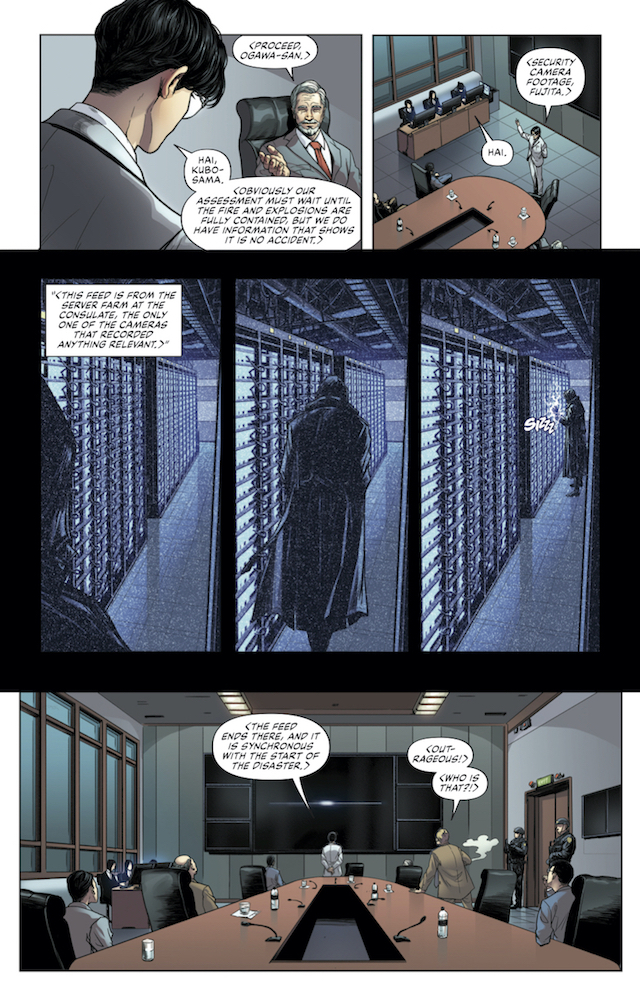 Anyhoo. The new Visitor is a mystery, too, though I really don’t think it’s Peter Stanchek. I honestly have no idea if there’s even a Peter Stanchek anymore. I seriously doubt they’d use the same resolution to this mystery twice ... or would they? Who the hell knows. This guy is a vigilante who targets a Japanese technology firm in New York City. They’re doing somethin’ hinky, and the Visitor sets about to solve the problem by, I think, dropping a helicopter on the Japanese embassy in New York. Because the Visitor’s face is behind a mask, and he doesn’t say a word, the wide bulk of the story is told through exposition by other people.

Exposition in this comic comes in two varieties: cop and scientist. On the one hand you’ve got fashionable police officers cracking wit at crime scenes, on the other nervous rows of bureaucrats and technicians lined up around conference tables in glass-walled fluorescent office space. In either case you’ve got people expositing left and right, and the actual Visitor only shows up for three pages of his own comic, if you don’t count the two pages where we just see him from the behind whilst skulking after the aforementioned expositors, that is.

The Visitor was written by Paul Levitz, who shares a great deal with Jim Shooter: both men had influential runs on Legion of Super-Heroes, made a move into editorial, then ended up at Valiant after the day jobs didn’t pan out. Levitz has worked fairly regularly as a writer since stepping down from editorial in 2009. Accordingly, the script here is smooth and functional. The characters don’t talk like people but at least things happen. It was drawn by MJ Kim, who draws decent backgrounds for his manga-inspired figurework to stand against. He’s pretty good. This was a tough assignment, to be fair: a few explode-y action shots interspersed between pages and pages and pages of talking heads with a little “snappy patter” thrown in for good measure. It’s not the artist’s fault that the story is just kind of meh. 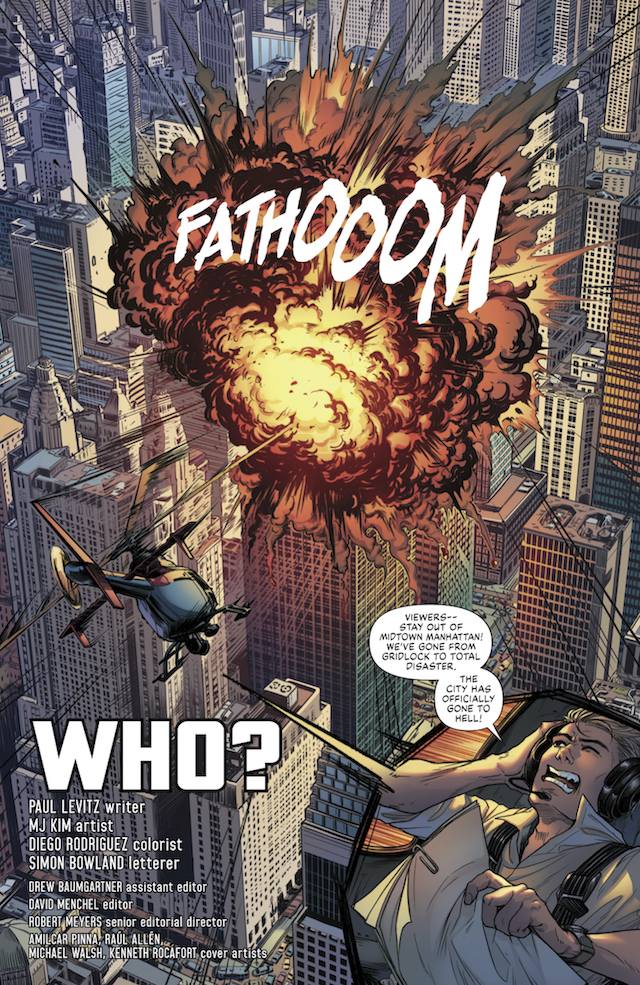 This book could have been published at any point in the last thirty years. Could have seen it from Image in 1996, Wildstorm in 2001, Marvel in 2006. That facelessness has long struck me as a defining feature of Valiant’s contemporary line. In this tradition, rather than representing any kind of stylistic outlier, The Visitor is room temperature mean for the comics industry in 2020. Everything hums along on the back of unambitious setpieces liberally borrowed from any number of prime time network television programs. But the events are strangely weightless: even though the comic opens with a domestic terror attack in Manhattan, people don’t seem to react with the proper emphasis. It’s the kind of book where the traffic helicopter announcer, upon seeing the top of a building explode like a geyser of fire, “the city has officially gone to hell!” Just how people talk.

I’ve given the company a fair amount of chances. Y’all know I have no problem enjoying fun garbage. But this comic, while too professionally constructed to be true garbage, just ain’t fun. Valiant marches on, and they even have a movie now. So I guess there’s an audience for these kind of workmanlike adventure strips after all, but from over here it all seems like a terrifying wasteland of same.

The one thread common to every nuValiant comic I’ve read is lots and lots of shouting matches along brightly lit beige office corridors. Write what you know, I guess? 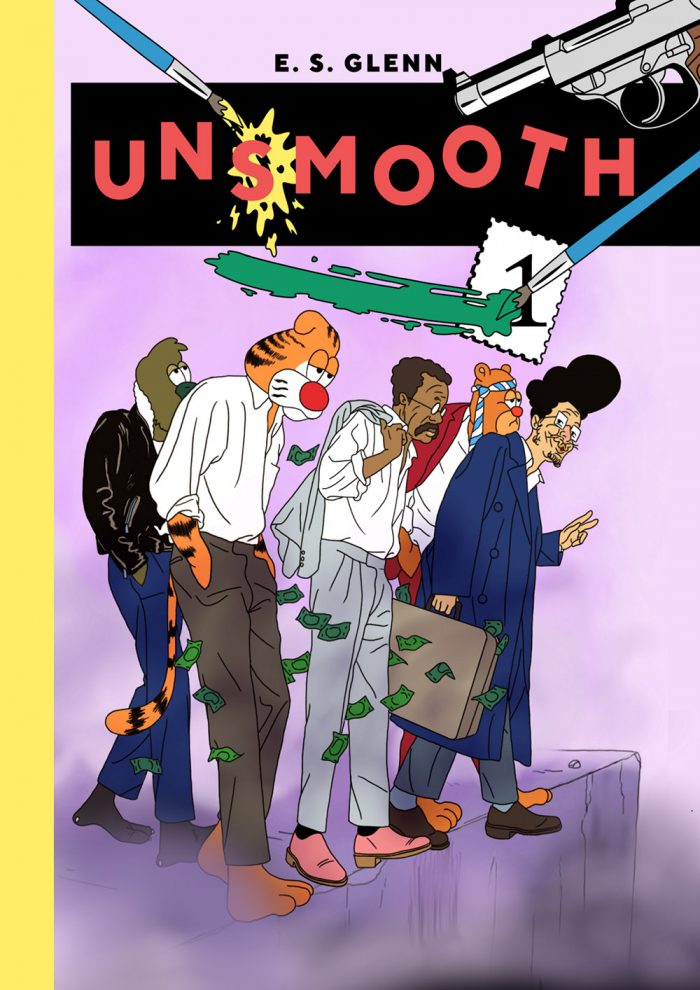 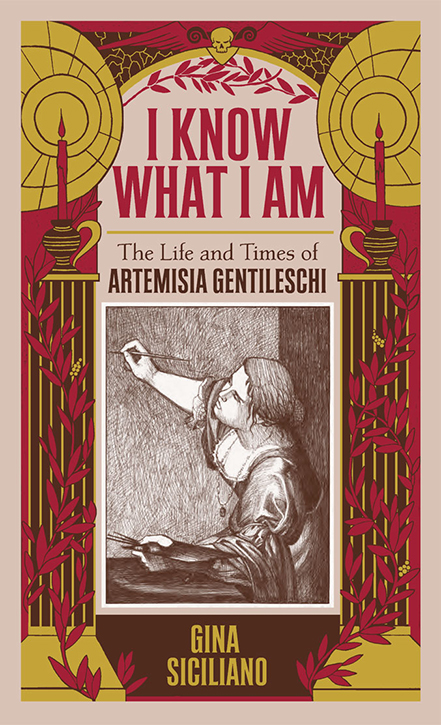 I Know What I Am: The Life and Times of Artemisia Gentileschi