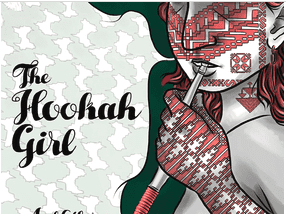 Marguerite Dabaie’s The Hookah Girl and Other True Stories unfolds the serious and often stigmatic experience of being an Arab-American. This collection of short comics has been ten years in the making. Dabaie first self-published several of these stories because publishers found the contents too provocative. As Dabaie writes: “It’s a common feeing that just using the word ‘Palestinian’ is a ‘political’ act.” However, Dabaie’s work exploits the fine line between ‘political’ and ‘humanitarian’ with humor. Dabaie shows aggressive and sympathetic forces working in tandem. Although she illustrates herself being antagonized, glared at on public transportation, and feeling increasingly isolated at comics festivals, she visually juxtaposes these social conflicts by showing herself offering a bowl of ‘fuul’ to her antagonizer, ignoring the public stares, and by playfully offering tips to her accidental booth visitors.

Dabaie's work manages not to take itself too seriously despite covering difficult issues. Dabaie’s gentle hand and delightful humor makes her collection incredibly robust. Her style shifts from that of a detailed woven tapestry to a simplistic comic math equation. She adopts whimsical narrative vehicles like game boards and paper dolls, shaping them to fit her narrative style. Dabaie’s initially controversial chapter “Should/Am” speaks to the dangers of caricaturing a culture by caricaturing that very culture. “Should/Am” displays the Arab woman as a number of stereotypes, showing how controversial and disparate such projections onto the female Arab are. Using the cut-out paper-doll template as a visual motif, Dabaie simultaneously suggests that such views of Arab women as humble and holy mothers, strong revolutionaries, and tantalizing sexual seductresses are as flimsy and two-dimensional as the paper itself. However, this same motif underlies her own cultural concern that Arab women are culturally secondary to men – a familial problem she struggles with in trying to assert her own identity as an artist and facing fears of inconsequentiality and failure. 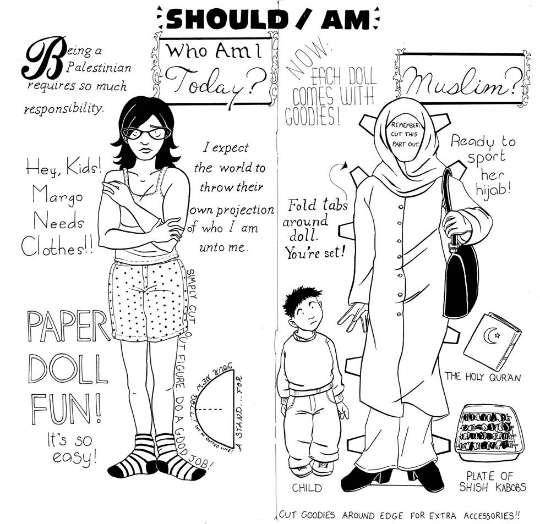 Dabaie extends her concerns of cultural appropriation and misrepresentation to other media in her short story “Arabs and Film”. This chapter details how “Arabs are almost ubiquitously portrayed as stereotypical, crooked, and cartoonish villains” in such popular films as Aladdin, Back to the Future, and True Lies. Dabaie also expresses concerns over a female superhero in a recent blockbuster film who prevents war, while the lead actress of that film has shown “support for the 2014 war in the Gaza Strip that left over 2,000 Palestinians dead.” As comics and film slip back and forth in their adaptations of one another, this chapter seems to signal the author’s own discomfort with her participation in a visual medium that is widely known for its marginalization and caricaturization of other cultures. This chapter, however, as well as the book, serves to question the decisions that lead to these characterizations – perhaps the only real step towards changing such problematic depictions. 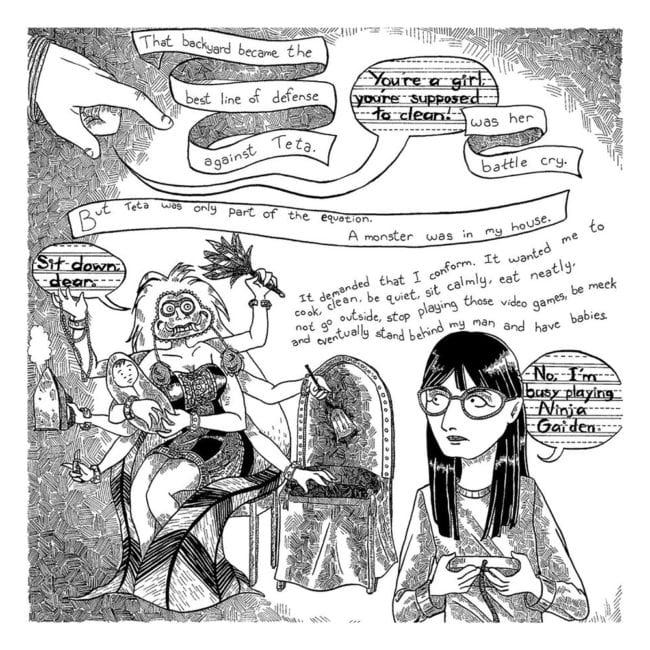 Dabaie’s participation in the comics medium, however, is just such an inclusion of diverse voices that can help inform and shape the portrayal of marginalized individuals in comics – a voice that may help proliferate other such voices in the industry. As Dabaie writes: “The biggest reason this book exists is to constantly remind the world that Palestinians are complicated humans and they have a right to be.” In Dabaie’s book, this complex identity takes on the universality of the immigrant experience. Dabaie depicts a loud and rambunctious family with creative uses of the English language, emphatic body language, and a vibrant food culture. Hookah Girl invites you into the beauty and complexity of Dabaie’s Arab-American experience and its negotiation: come for the comics, stay for the grape leaves. 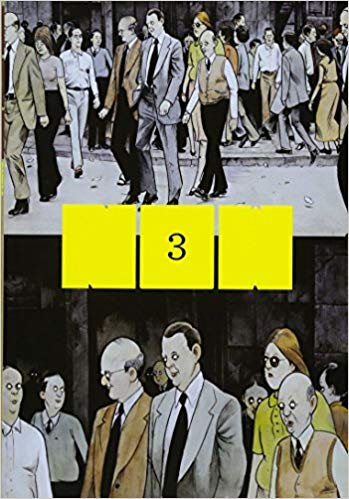 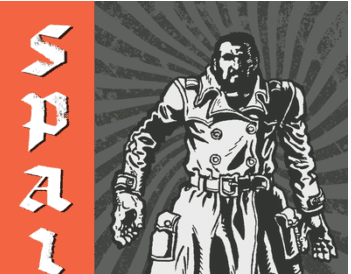