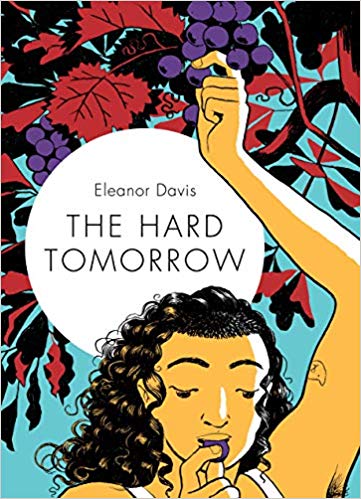 Books sometimes come around at such a timely moment, and speak to you in such a precise way, that it’s almost alarming. The trick of speaking to one’s current moment is to make what you’re saying immediate and meaningful to your audience without making it so specific that it will seem dated within a short period of time, and seeing the main character of a book pick up her phone and smash likes for DSA chapters and extremely online leftists was so close to home I almost dropped The Hard Tomorrow in shock twenty pages in.

Hannah, that main character, lives in a trailer with her partner, Johnny.  She provides elder care for a woman who seems to barely recognize her, and he contributes what he can by dealing weed and bartering for household items with other people who make a living on the margins of respectable society. Their world is not exactly our own; things are just a little bit bleaker, the police and military are just a little bit more brutal, and Mark Zuckerberg is just a little bit more president of the United States. But it’s easy enough to recognize as an entirely plausible vision of where we’re headed, and it’s populated by characters who haven’t stepped in out of a dream, but who have emerged from our daily realities.

Hannah and Johnny have the same simple dreams as we have, and our forebears had going back to when those dreams were achievable and caused us to hope instead of dread:  They want to build a house. They want to have a child. And they want to live in a world that makes sense. But like so many people in America today, those dreams are derailed by frustrations both small and large. Building a house costs money they just don’t have, and Johnny has let himself slide into a bit of a torpor. Their relationship is messier than either one of them are willing to admit, and they’ve had trouble conceiving. And the political situation keeps getting worse, in ways that they are increasingly unable to abstract away, because they keep crashing headlong into the barriers they try to set up around their idyllic little lives. 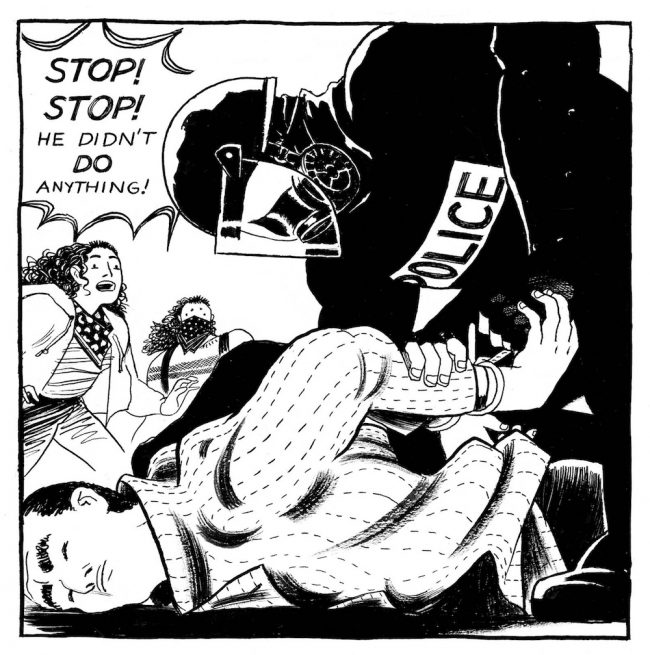 Reading The Hard Tomorrow as someone who is deeply involved in political organizing, it’s hard not to recognize the same characters, arguments, and situations from my own life reified on the page. Hannah and Johnny’s dynamic is alternately touching and exasperating, in the way that so many couples experience who have little in life but one another; Hannah’s political protests veer between the frivolous and the deadly serious; and Johnny’s friend Tyler is a paranoid gun nut who mocks him for being painfully naïve about the threats they all face. They take their frustrations about their jobs and their circumstances out on each other, and their friendships are a salve that both protects them and shields them from obvious and uncomfortable truths. And more than anything, they are surrounded by questions – their own and others’ – about whether or not it’s wise to bring a child into a world that seems permanently poisoned.

But Davis’ narrative, which unfolds slowly and then sheds awful layers like a dying plant before its final cathartic and beautiful conclusion, doesn’t just speak to those of us who make it our business to do something about the way the world is heading. Its narrative strength is going beyond its narrow corridors of story, in which we see very few people other than its principles in any depth or color, to remind us that even we don’t seek to change the world, the world comes after us and changes us. The tragedies and victories of Hannah and Johnny, including one terrifying sequence involving Tyler that is struck with an almost dizzying ambiguity, skirt around being mere escalations of drama for the sake of plot and make a mad dash towards the end, providing a purely exhilarating reminder that hope and despair are two strands forever intertwined, and that living through both of them is a struggle we all face no matter how we try to position ourselves. 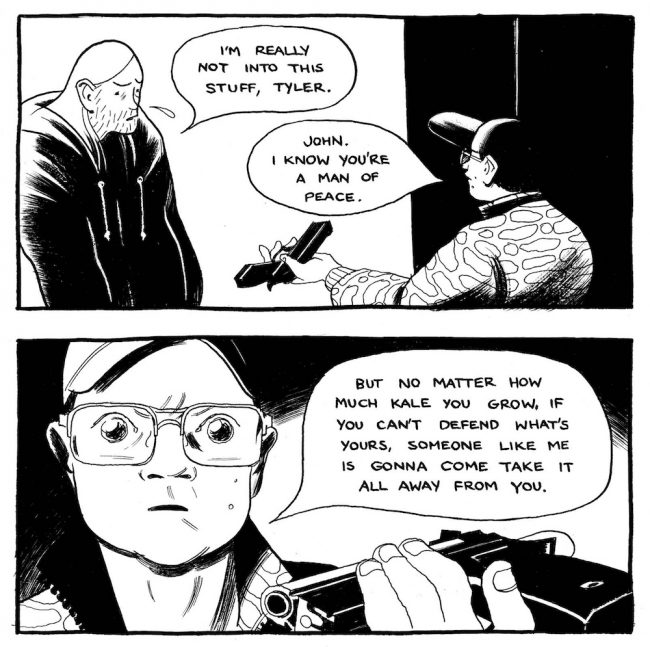 Davis has narrative gifts, but they’d be wasted if she wasn’t such a tremendous illustrator.  From the book’s gorgeously colored, Edenic cover to its wordless and striking final pages, her skill at composition buoys the story at every turn, creating a seamless whole that makes it one of the best comics I’ve read in a particularly rich year for the medium. It’s sexy, gripping, funny, dark, and moody, with the outdoor scenes pastoral and bright and the urban drama surrounded by pools of black ink and claustrophobic angles. There are so many perfect little details – the body language of a riot cop as he slams a protestor down on the pavement, Tyler’s wide affectless gaze, the quiet conflict of facial expressions on Hannah’s emotionally torn friend Gabby – that I could spend the bulk of this review talking about them and never get close to explaining how well they work together as a whole. It’s enough to say that The Hard Tomorrow is the culmination of a steady progression in her work that is now so fully realized it demands our attention. 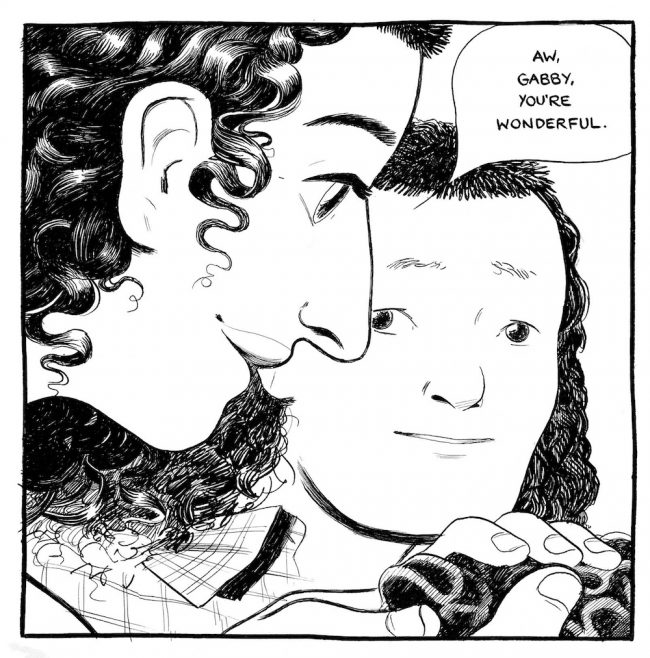 All told, this is a book that finds that razor’s edge between irrelevance and datedness and balances there with the expertise of a gymnast. One of the frustrating things about our current moment, in which so much is changing so fast and there is a sense of finality and doom that hasn’t felt so real since the nuclear terror of the Cold War, is that unlike then, very little art has arisen to meet that moment and reflect it back to us in a way that speaks to our fears and to our hopes. It seems easier to retreat into pleasant nostalgia or thoughtless escapism than to root down to what’s gnawing at our souls The Hard Tomorrow doesn’t shy away from that task, and giving voice to those hopes and fears is what makes it such a vital and moving book. 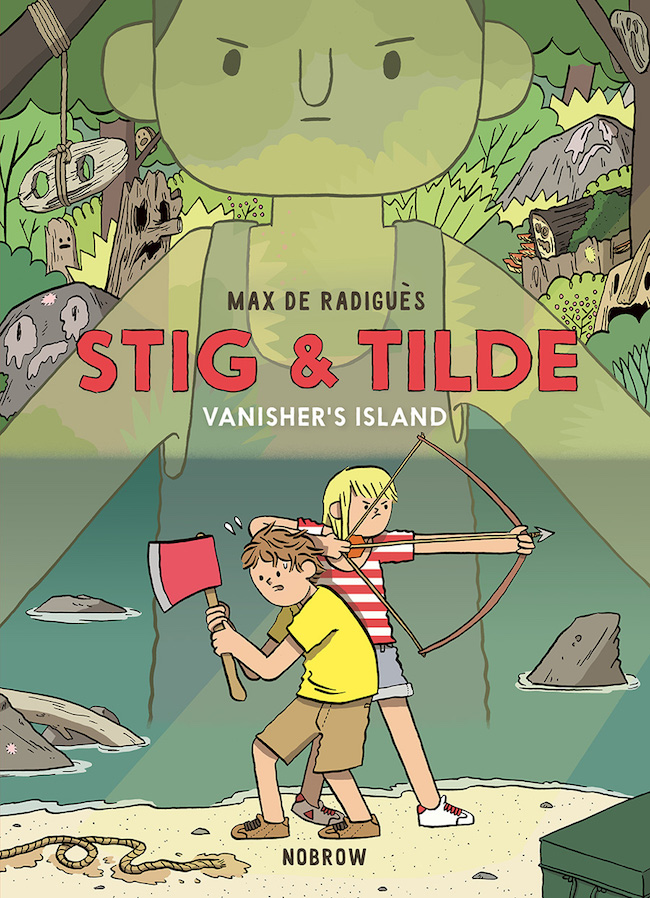 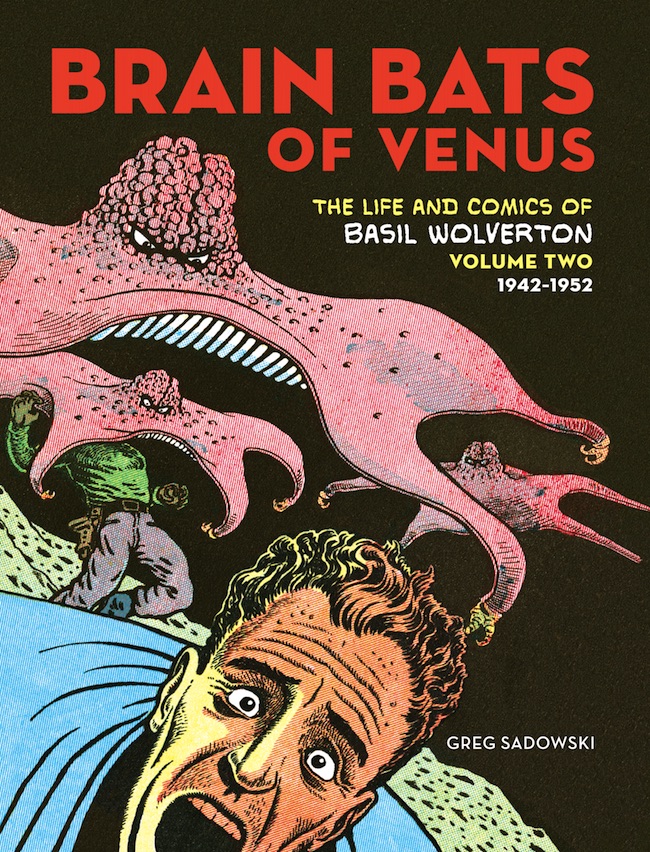