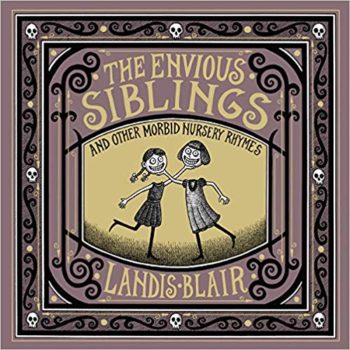 With The Envious Siblings, Landis Blair (The Hunting Accident) becomes something like the Greta Van Fleet to Edward Gorey's Led Zeppelin. The book, a collection of illustrated verse, is a bungled homage to a past master, without the deftness or inventiveness to take it beyond imitation. Blair presents maimings and killings of various sorts, rendered in a line heavier than that of his idol, which becomes the dominant—if inadvertent—visual metaphor. Envious Siblings is a thicker take on Gorey, less delicate and less precise.

The collection begins with “The Malicious Playground,” an index of violence via children’s recreational equipment. The piece sets the tone—and expectations—for the rest of the book. Blair asks readers to imagine twisted limbs and snapped fingers, but no mangling is a match for the contortions he goes through to maintain a rhyme scheme. “Monkey bars become efficient,/making shoulder blades deficient,” reads one spread; “Some think spring riders kind of dull,/But with such ease they crack a skull,” reads another. Later pieces proceed in kind, affecting a children’s-poem patter, but no ironic application of old forms (there’s even a limerick chapter) mitigates the clunkiness of the verse. Blair is simply a bad poet. 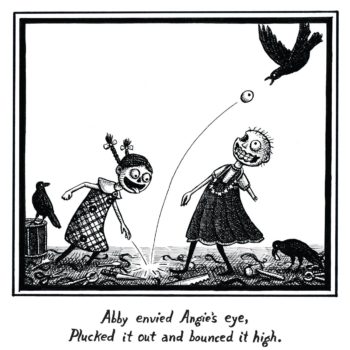 The book's title story, an echo of Gorey pieces like “The Deranged Cousins,” sees two siblings ripping each other to pieces. Another section, “The Refinement Tree,” sees a young boy losing his faculties during a long fall from a treetop. And it’s worth discussing all this in light of the book’s limitations. A reader doesn’t have to be outraged on a moral level by the book’s child thrashings—to be provoked by Blair’s lazy provocations—to find the whole thing unfortunate.

Victims of all ages meet similarly grim fates in Edward Gorey’s work. But if Gorey struck upon some vein of universal hilarity, he refined the ore afterward. The dark laughs a reader finds in a Gorey vignette results from a kind of chemistry, the conversion of fear and discomfort into something new. Without the benefit of Gorey’s craft, point of view, or committed strangeness, a similar undertaking reads a lot like being cornered by the guy in your freshman dorm who still hasn’t outgrown dead-baby jokes.

The collection’s best entries go furthest afield from Gorey and don’t suffer as much from comparison. “The Awful Underground” tracks monsters as they eat and replace the passengers of a subway car. Blair gets out of his own way here, omitting verse entirely and giving readers a series of charming, varied creature designs. “Grounded” is a depiction of a tantrum and its consequences, featuring lively sight gags like a boy attempting to spite-eat his bedroom rug. With “Grounded,” a reader must avoid Blair’s verse, which the collection resumes by this point, but both pieces function well enough as works of wordless cartooning.

The Envious Siblings could have been an opportunity to comment on Edward Gorey's legacy, to bend or twist or borrow piecemeal in the interest of something more personal or distinct. But there are no surprises here. The book mimics Gorey’s work with few exceptions and no inversions. (There's no plausible deniability either; Blair’s acknowledgments mention Gorey outright.) Blair reproduces certain stylistic tics but misses the point: Gorey was an original, and any suitable tribute would privilege originality. For all the mystery of Gorey's tales, the tension he wrought out of his deliberate pacing, exacting hatching, and morbid subject matter, the central mystery of Envious Siblings is simply, "Why bother?" 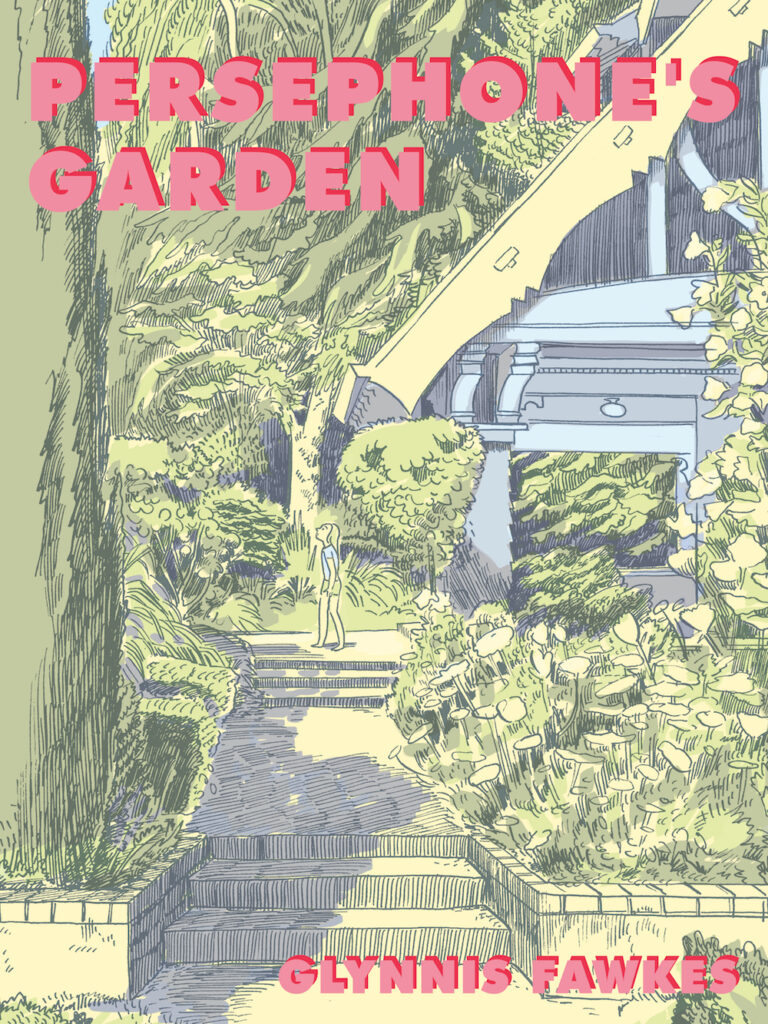