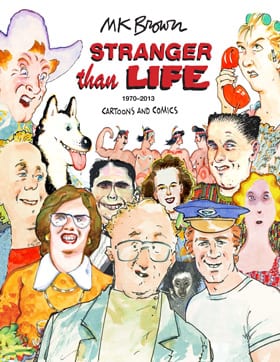 MK Brown isn't just the really good, uniquely gifted cartoonist who occasionally contributed to Wimmen's Comix, the one who had her character Dr. Janice N!Godatu animated on The Tracey Ullman Show in the late '80s, though prior to reading this book, that's mostly how I knew of her. But Brown's work has been in print in all sorts of publications, including wide-circulation venues like The New Yorker, National Lampoon, and Mother Jones, as well as in legendary underground comix like Arcade and Young Lust. Fantagraphics, continuing their series of books devoted to cartoonists whose work had yet to be comprehensively collected (like Diane Noomin's Glitz-2-Go), now gives us this retrospective of Brown's work, culling forty-three years of comics and panels into one volume at long last.

The book comes with a foreword from cartooning legend Bill Griffith and an afterword from the equally legendary Roz Chast. It's easy to understand why they champion her work. Brown's career has been a bit of an anomaly. Even with that impressive resume under her belt, Brown — like Griffith, like Chast — is possessed of a highly idiosyncratic, cerebral-slapstick sense of humor. She is definitely Her Own Thing. Chast notes that Brown draws and writes for herself, first and foremost drawing what is funny to her personally. While some of her private jokes go no further, most connect in a delightfully loony fashion, looking at modern life as they do through a very warped lens.

Brown's skill at rendering human grotesques is on a par with masters like Gahan Wilson and Bill Plympton; though her figures seem basically benign, they also have a creepily lifelike quality that belies their cartooniness. Her best comics pop in a perfectly rendered mixture of understated drollery with farcical stoopidity, with the action and characters twisting, swooping, spilling, and slanting across her pages. Her "White Girl" strips are a perfect case in point. White Girl's expression never changes from the blandly polite, suburban middle class grin frozen on her face, though her body can and does contort itself into ridiculous positions. In such "stories" (they're really basically comic riffs) as "Let's Do the White Girl Twist (Like We Did Last Summer)" and "White Girl Sings the Blues (Get Down)" the supremely Anglo White Girl does indeed get down and funky and never looks less than hilarious doing so. 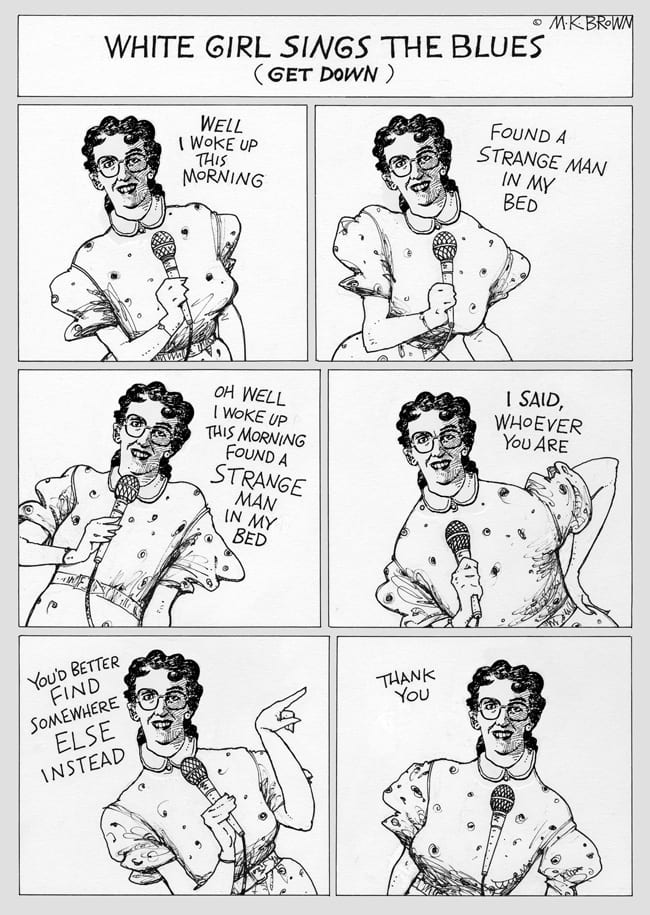 Brown reveals a more serious side to White Girl in the masterful twelve-page “White Girl Dreams”, where White Girl has bizarre flights of fancy, imagining among other things, “soaring with others in the night, dancing though my face is someone else’s.” In it, Brown blends middle class ennui with surrealist tropes to create an ultimately rather poignant, fragmented portrait of a day-to-day existence suffocated by rules, traditions, and obligations, where the good, pleasurable flights of fancy are shunted off to some forgotten, subterranean part of the brain. White Girl yearns for those good dreams, telling us, “I always get the other kind.” The other kind are the ones in which an annoying “perfect stranger” comes home and regales her with endless obnoxious, husband-to-subservient-wife questions (“What’s for dinner? When do we? Why aren’t there any?” and so forth). She also tells us, understandably, "I hate this dream.” Without making any fuss, a feminist viewpoint clearly surfaces throughout the swirl of fantastical, kaleidoscopic imagery. It may indeed be that the dream White Girl hates is her actual life, a take that gives the piece its particular edge. Exploring the very nature of dreams vs. reality and what one makes of the difference, the story rewards multiple readings. 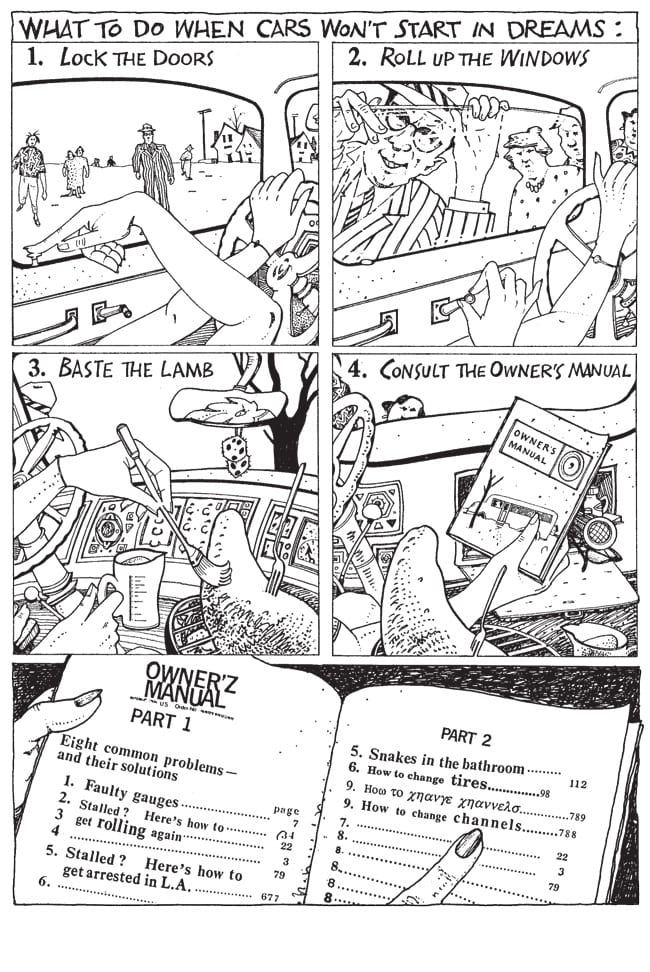 Another memorable tale, the all-color five-part “Another True Life Western Romance”, hilariously satirizes the “simple frontier life” trope. The star is Lolly Barrows (Brown’s best stories are female-driven), who endures multiple travails: a missing husband (he’s been stolen by Indians), her overbearing adopted parents, Cecil and May, and their baby, Amando. Later, while awaiting her husband's return, she gives birth to three creepy-looking triplets, and helps out a hunky stranger, Mr. Cockburn, who appears to be a prime romantic prospect. Until Lolly's husband returns home, of course. Things escalate from there. Brown takes what could be an overblown Old West-cum-Douglas Sirk melodrama and spins it into a zestily drawn, loopy satire, topping it off with a happy/absurd ending for poor put-upon Lolly. Again, Brown reveals a feminist bent underneath all the zany comedy but she's having way too much fun to push a more didactic approach – it's just not her style. 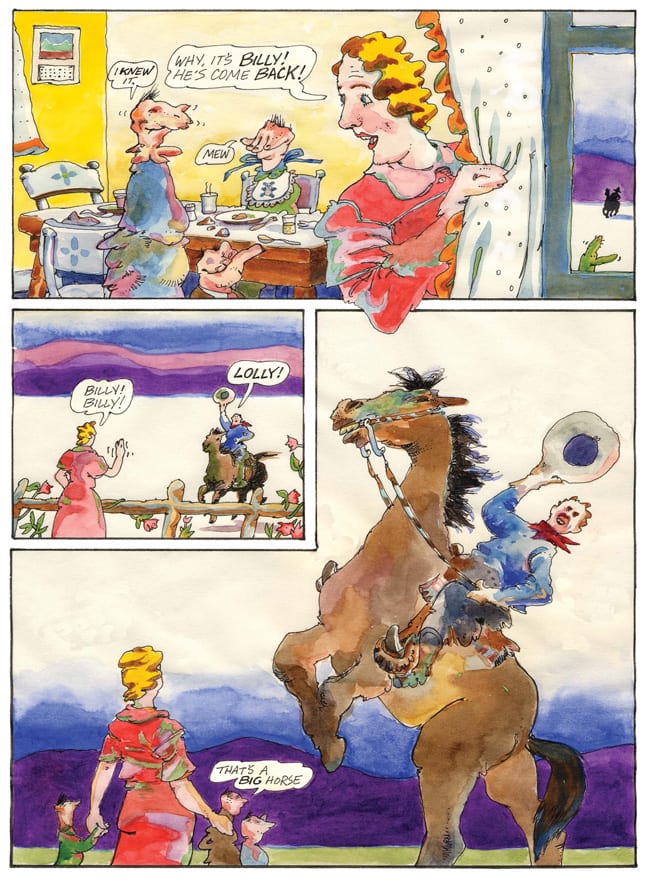 Although the book is generally consistent and Brown demonstrates a brisk versatility in a range of comics formats, there are certain pieces that don’t come off, bits of whimsy that seem half-baked - particularly some of her single panels. One gag involving a Publishers Clearing House notice reads like some metaphors got mixed up; others remain odd little riffs that simply score low on the laff-o-meter or just don't tap the right brain synapses with me. As Brown herself states in her introduction: “Cartooning also contains the lunacy component, which maintains that if one person (oneself) can see the humor or truth or strangeness in something (thus the value in drawing it), others will too, and if they don’t, well, we can’t help that.” It’s all quite subjective and subversive, and Brown is the kind of artist who actually makes you think seriously about this subjectivity while reading her comics. There may even be some readers out there who won’t see the amazingness of her White Girl comics or various single panels involving monitor lizards at a barbecue or rooms painted "a lot yellower" than expected, though I think they are probably beyond help.

Though attractively produced and presented the book is indifferently annotated, so unless Brown specifically states in her chapter intros where certain comics were originally published, we are not given information as to what ran where or when it was drawn (she’s sporadic about dating her work). The closet librarian in me balks at this omission of information, the same way it balks at books that don't include pagination (not the case here, happily). These are my personal Dreams of Everything Being in its Place, a neat and orderly universe. Perhaps White Girl would sympathize. Perhaps not.

In the end, MK Brown, a true original, deserves this fine compendium, as do her fans. It is work that I cannot imagine being mistaken for that of any other cartoonist—and I mean that in the best sense. I advise reading it a little at a time, for maximum results. Her bizarre, view-askew universe can make you laugh while simultaneously altering your consciousness—just a little bit, in just the right way— should you let her take you along for the ride. 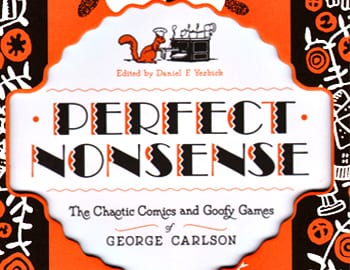 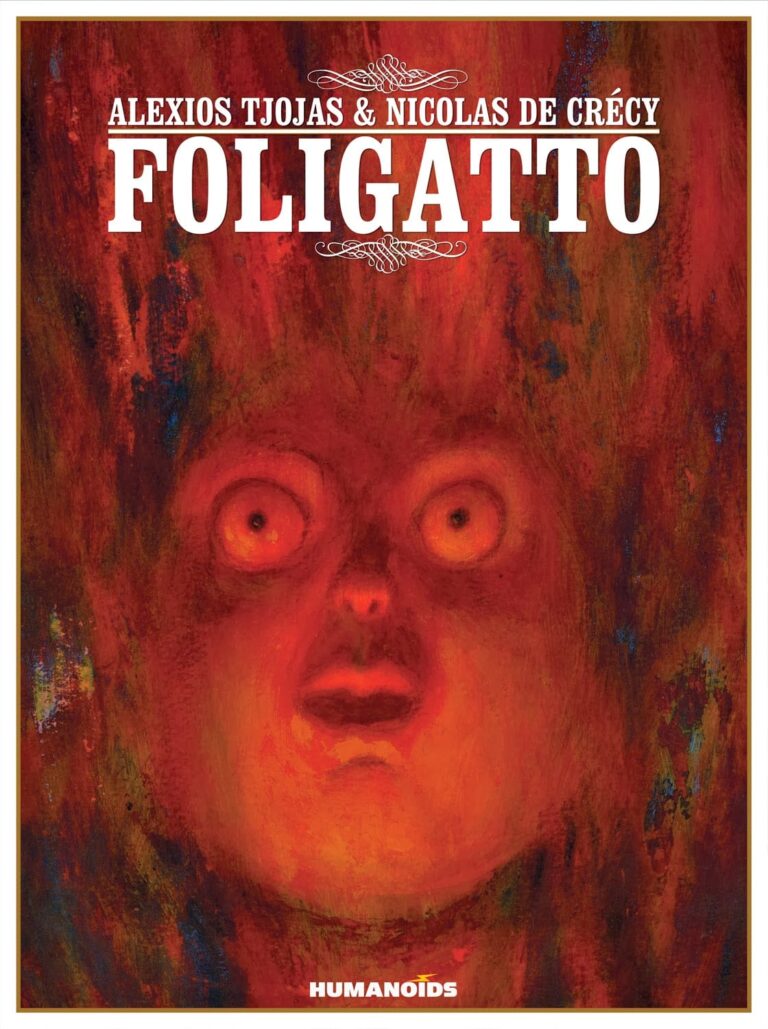