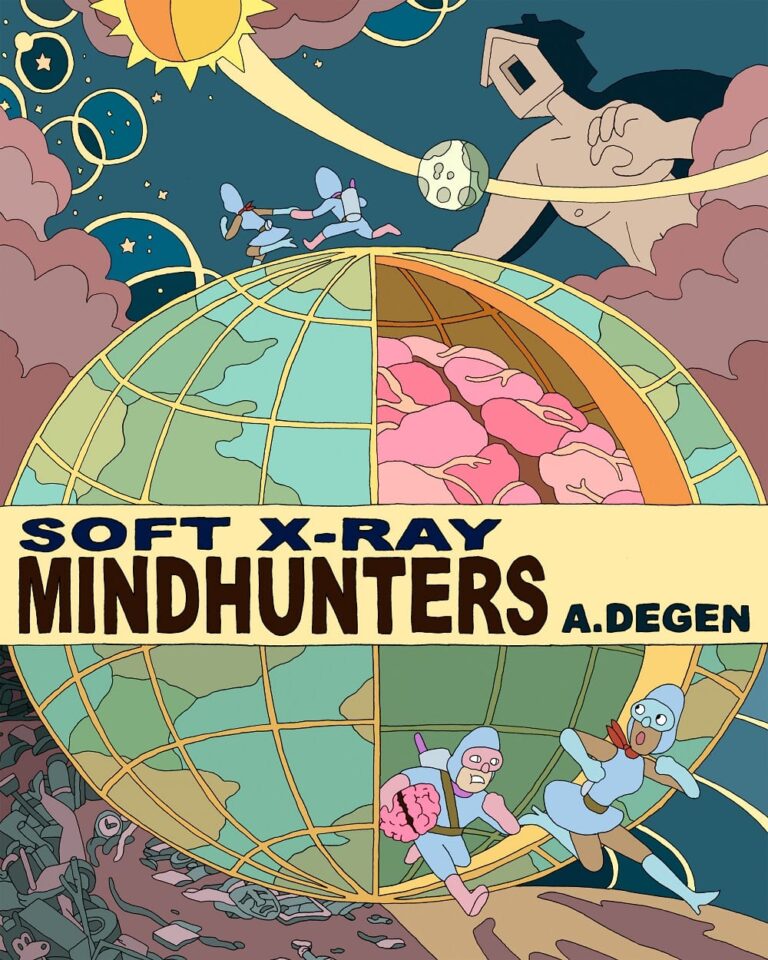 As Tom Kaczynski points out on its back cover, Alex Degen's newest book Soft X-Ray/Mindhunters shares common ground with Henry Darger. For example, by using quite lengthy chapter titles in combination with information on locations and occasionally featuring an idiosyncratic terminology, like “Cliffhanger – Custard Boy Self-Serve Gas&Go Rest Stop/Hyper Corridor No. 21N/Trash Vortex.”

Henry Darger, famous for the comics-related outsider art of The Story of the Vivian Girls, in What Is Known as the Realms of the Unreal, of the Glandeco-Angelinian War Storm, Caused by the Child Slave Rebellion, seems to remain in a constant state of unrest, because Degen's latest book also takes off from where Michiel Budel's Wayward Girls, with its spiced-up versions of ligne-claire aspirants for the League of German Girls, went in 2013 – and, 10 years earlier, Neil Gaiman and Bill Sienkiewicz's Sky Boys fought their blood- and Jackson-Pollock-splattered way through the pages of the Sandman story “Going Inside.”

Though Alex Degen's comics are crowded with weird superheroes, poorly wrapped mummies and giant self-improving automatons – as well as lots of statues, which are often smashed to pieces – piles of dead bodies appear, too, sometimes covered in blood, and serve as a reminder for parts of Darger's work.

And most important, there's an ongoing absence of words. Degen once stated in an interview, “I believe in the power of this form, the silent comic, and am trying to get better at conveying complex feelings and concepts with it. Because when it connects it seems to connect with readers on a deep level.”

However, the myriads of influences showing up in Soft X-Ray/Mindhunters, be it fragmented images as chains, attaché cases or wild chases on train roofs, seemingly lifted from Giant Robo: The Day the Earth Stood Still, make up for the loss of words by replacing them with stand-ins taken from popular culture. These placeholders also appear with erratic regularity and might point to an earlier period in the author's life, when he resided in Japan. But with a now globalized fetishizing take on Japanese culture for its “weirdness” being used as an excuse for one's own suppressed desires, these days you can never be sure. At least the pleaded-as-an-excuse naiveté of Degen's mostly cute protagonists is drawing a direct line to the style of Sasaki Maki. Maki, known for his willful ignorance of straight-line storytelling, ties in with Degen's methods of establishing a flow of consciousness underpinned by drifting art which is unrestricted by panels, even if those gutters are ever-present. 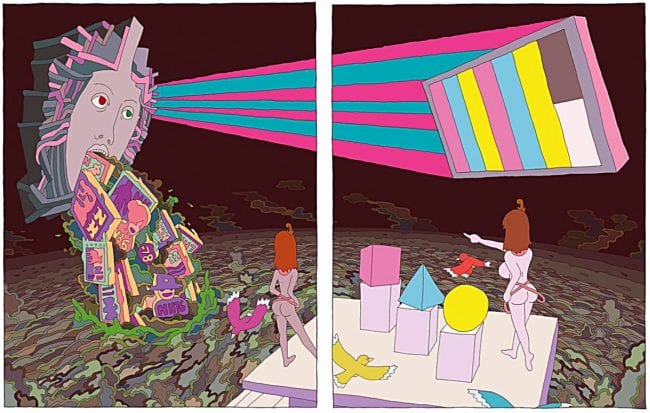 “The Ballad of Henri and Anne,” Maki's exercise of a more conventional approach at storytelling and a barely concealed interpretation of motifs established by Hans Christian Andersen in “The Little Match Girl,” and Degen's Soft X-Ray/Mindhunters both use fairyland imagery firmly rooted within people's collective memory. Which shows in Degen's use of half-dead monarchs, addicted to life-support measures via the most colorful cables one can imagine, surrounded by marching nutcrackers, princesses and the like, while various incarnations of the Übermensch – furnished with surrealist applications like houses instead of heads, and sometimes even rose-spewing – are engaged in large-scale combat across vast sections of a landscape defined by waterfalls emerging from the tears of crying elephants.

The spirit of a parody of consumer-friendly 1970s surrealism is swirling through many pages, where there are socialist-style murals as well as sculptures carved in the surface of a mountain. Buddhist greetings and all the other organized forms of exhilarating ideologies adjusted towards a suffering humanity are characterized through barely encoded imitations of life, like ubiquitous cardboard dummies: usual personnel for an Alex Degen comic. Similarities and intersections in terms of systematicity with its predecessor Mighty Star and the Castle of the Cancatervater from 2015 can hardly be missed.

The refusal to ponder the actual miseries resulting from the collapsed promises of a utopian era are symbolized by miscellaneous brains in charge of zombified dynasties. But the Mindhunters, a duo existing within a stable parity bandwidth of gender and ethnicity, come to the rescue – with a plunger, to steal those evil minds. But they also come wrapped in colors, and those are quite the main attraction of the book. 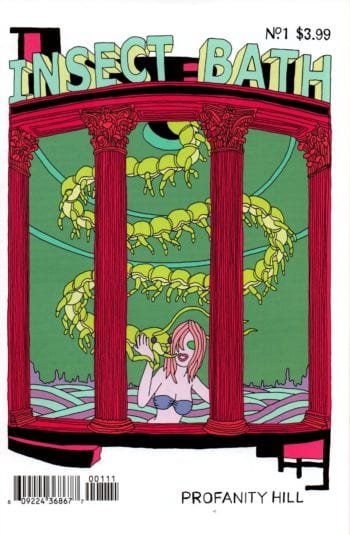 Mighty Star and the Castle of the Cancatervater, though black and white, apparently uses a very similar style of an intertwining narration. The pink and blue cover art of Junior Boy Detective Files from 2014, and Degen's cover art for Insect Bath #1 from the same year, show his talent for an equitable interaction between vivid colors and pastel shading. Both are building the basic premise for Soft X-Ray/Mindhunters' outburst of an all-permeating multi-colorism rarely seen – which adds perfectly to his way of transporting narrative content without using words.

To quote Degen once again, “The stories I tell are simple ones anyway.” But, as we all should know, it is in how you tell them. 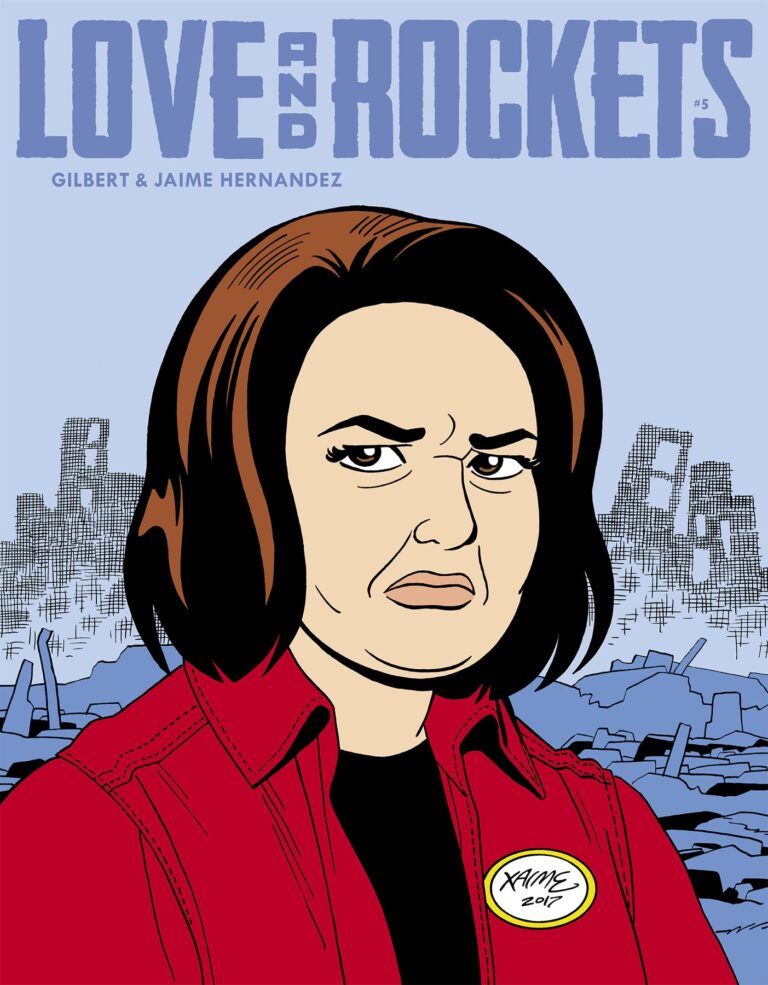 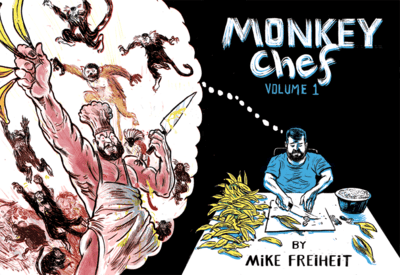