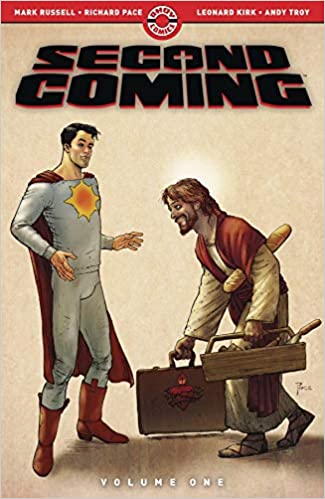 In 1989, DC Comics decided to kill the Rick Veitch-written Swamp Thing #88 at the last minute, despite the book having already been penciled and lettered. The problem? The title character had been traveling through time, and in this particular issue he would have met Jesus during the Passion narrative.

Thirty years later, DC announced writer Mark Russell and artist Richard Pace’s Second Coming as part of their mature-readers Vertigo imprint. The book was to feature Jesus moving in with a Superman-like character, the pair being something of a superpowered/supernatural Odd Couple. DC never published that either, but I suppose it’s progress that they planned a Jesus comic, and that their last-minute about-face was so amicable. They returned the rights to the creators and allowed them to take the book elsewhere.

Elsewhere turned out to be Ahoy Comics, which published Second Coming first as a six-issue miniseries and now as a trade paperback collection, allowing readers to see what the angry online petitions and DC’s cold feet were all about.

Not much, it turns out. Russell’s version of Jesus and God are imported more-or-less directly from the Bible, and if some of Second Coming’s theology feels wonky, it’s also besides the point. The comic is more a critique of superhero and might-is-right media tropes than any sort of anti-Christian broadside.

Sure, the God character doesn’t come out looking all that great, as he’s portrayed as angry and vindictive, seemingly absent from everyday affairs and prone to moving in ways so mysterious that they defy human logic. But then that’s basically what Christianity is: Jesus offering a new and different relationship between humanity and divinity, replacing the vengeful eye-for-an-eye God of the Old Testament with the merciful turn-the-other-cheek Christ of the New Testament. 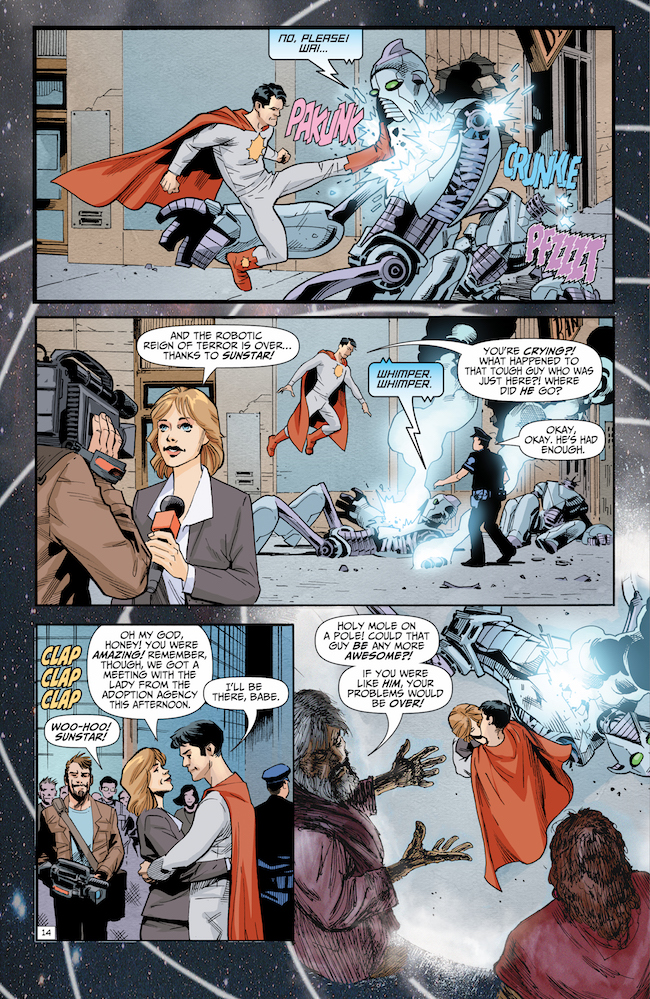 Second Coming opens with God returning to Heaven after millennia, having had it with the people he created. Jesus, who here is presented more or less as God’s actual offspring rather than a different aspect of him, decides to give things a try his way, and God is surprised to find Jesus returning to Heaven just 33 years later, having been killed for his efforts. God refuses to let his son return...at least until 2,000 years later, when God sees Superman, that is, Sunstar, using his incredible super-powers to kick ass. At God’s insistence, Sunstar takes Jesus under his wing.

From there, it’s a basic buddy cop narrative, with the culture clash between the two propelling the plot, although a great deal of the jokes also revolve around Jesus’ astonishment at what became of his teachings, digs at superheroes and the sort of too-broad parody that punctuated Russell’s previous work like his Prez, The Flintstones and Snagglepuss.

Some of the jokes, and some of the types of jokes, work better than others. In his introduction to the trade, comedian Patton Oswalt notes that the concept of Jesus coming back and no one recognizing him and thinking he was just some nut was a hackneyed one when he started in stand-up in the 1980s, and indeed, there is a lot of predictability in these sequences, as there is in the jokes about the Batman-type and Aquaman-type heroes that Sunstar encounters in his regular group therapy sessions.

Richard Pace’s style is nicely representational, and thus applies equally well to retelling Bible stories, or to scenes set in the modern world, but filtered through superhero comics. Differentiating the genre scenes from the Jesus scenes is accomplished visually by having Leonard Kirk finish Paces’s layouts during the Sunstar sequences.

It is Pace’s character designs that do a lot of the heavy lifting when it comes to establishing the peculiar  tone of the book. His Sunstar bears a closer resemblance to his inspiration than many other such alternate comic-book Supermen, perhaps owing to the fact that the book originated at Superman’s home publisher, although the costume and bearing of the character have more to do with TV’s George Reeves version than any comic book one.

While Jesus might have come straight from a Sunday school kids’ Bible, emphasizing how alien the real/comic book world is to him, Pace’s God is brash and emotional, looking far more like Kenny Rogers in the ‘80s than the more typical wizard or grandfather look. You can take him seriously as a sincere depiction of God if you insist on doing so, but that’s pretty obviously not the artist’s intent.

Same goes for the book itself, actually: Take it too seriously, and you miss the point. 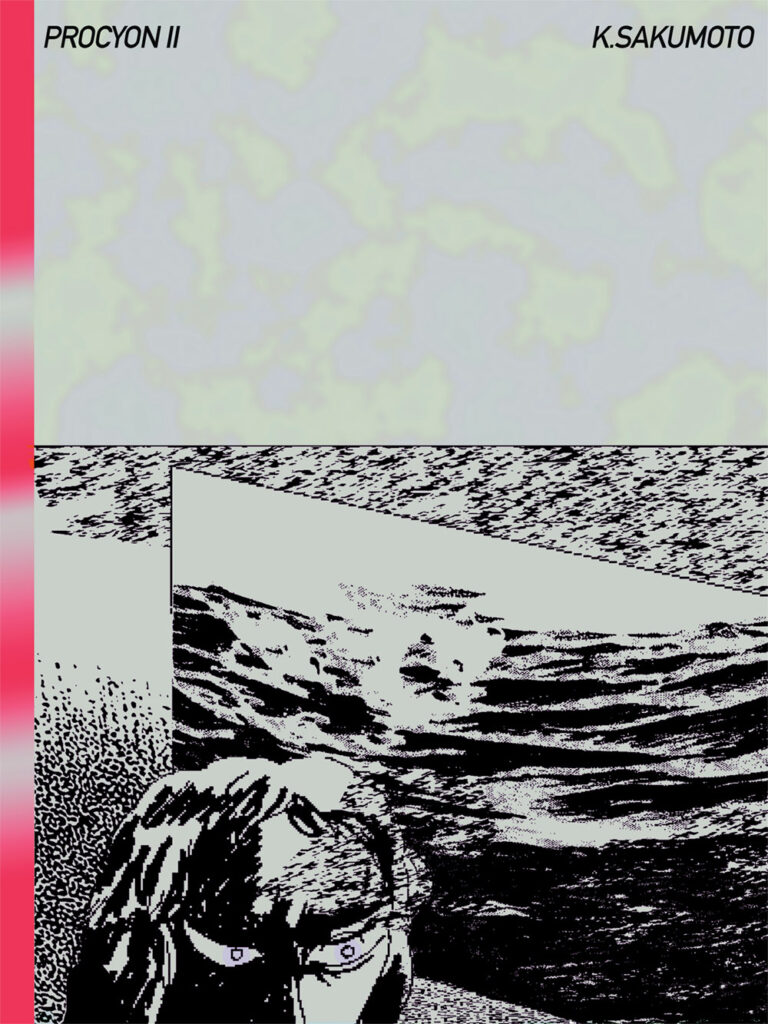 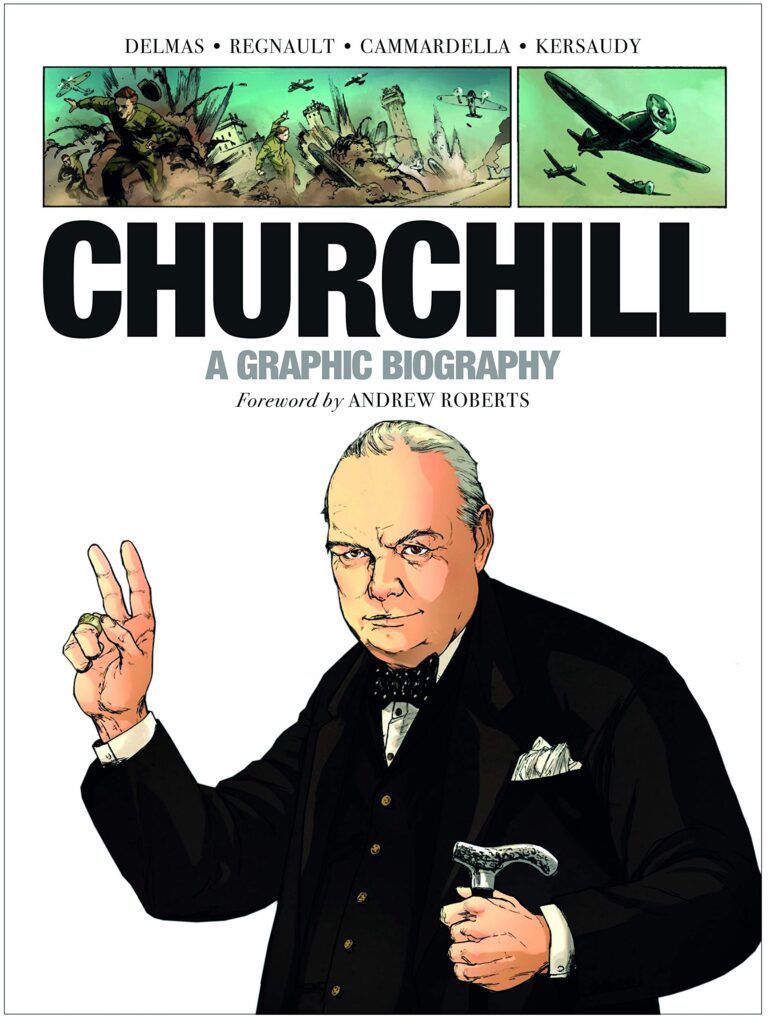