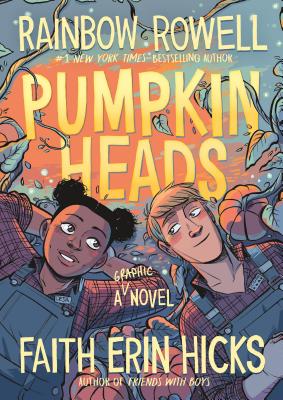 I feel like most of the reviews of Pumpkinheads that have come out address the writing far more than the art. To some extent, that's fair. The book's cover itself adds the word "graphic" with a caret between "a" and "novel," as though it's an afterthought. And although writer Rainbow Rowell and artist Faith Erin Hicks get their names in the same type size, one of them gets credited as "#1 New York Times–bestselling author" and the other only as "author of Friends with Boys." Okay, it's hard to match up against the biggest deal going in YA fiction, but assessing this book by its plot and its dialogue would be short-sighted.

I've been a fan of Faith Erin Hicks since Friends with Boys (2012), following her work through collaboration with others and solo exploits, and it seems to me that she tends to get pigeonholed as YA, leading folks to minimize or ignore her very real skills. Maybe Rowell does, too. This is the first book I've read by her, and maybe that's a mistake (I don't read that many books without pictures these days). At any rate, here's the point: grown-ups and people who really like comics (and not just cape-based stuff) should also read Pumpkinheads because the sheer joy of motion it demonstrates makes it worth your time. It is a YA love story, but it is not only that, and although the lettering kind of sucks (the word balloon placement is good but the borders on the balloons are too thick and there's something that just feels off about the margins around the words they encase), it is delightful visually.

I don't want to do the same thing to Rowell that I'm accusing people of doing to Hicks. Or do I? Maybe this is just tall-poppy syndrome and I feel the need to take her down a peg because I think she's not a comics person. That wouldn't be very fair. The writing in this book is good but not great. High schoolers Josie (a tall, blond, corn-fed kind of fella) and Deja (a tall, broad black girl with two afro Puffs and eyelashes for days) have worked at DeKnock's World Famous Pumpkin Patch and Autumn Jamboree for three years, forging a strong friendship that's about to be tested by their going to different colleges next fall. The book takes place on their last night at DeKnock's, wandering from the Succotash Hut to the Haunted Hacienda to the Pie Palace and many other places, as Josie tries to work up the courage to talk to his dream girl, who works in the Fudge Shoppe. It's the sort of unified time and place creation that remains very pleasurable, especially the fact that it opens with a map. The story is slight, but it moves along nicely and the interactions between characters are extremely well drawn, down to the chapter openers, which generally feature Josie and Deja. You could almost get the whole story from their body language and facial expressions.

In particular, Hicks uses a series of horizontal lines to indicate their cheeks that I'm sure has a term in manga and that is charming and effective. Often overlapping the air next to their faces, they make the characters seem younger and more emotive than they are. Hicks grabs elements from manga somewhat frequently, but they're fairly subtle: parallel lines to indicate speed, whether physical or emotional; suddenly tiny and blank Orphan Annie eyes to show realization; giant, shiny eyes to convey that a character is cute and small. She manages to incorporate these as well as Nate Powell-style swirling music without the visuals feeling disjointed in much the same way that she takes our heroes all over the place smoothly. It just works. 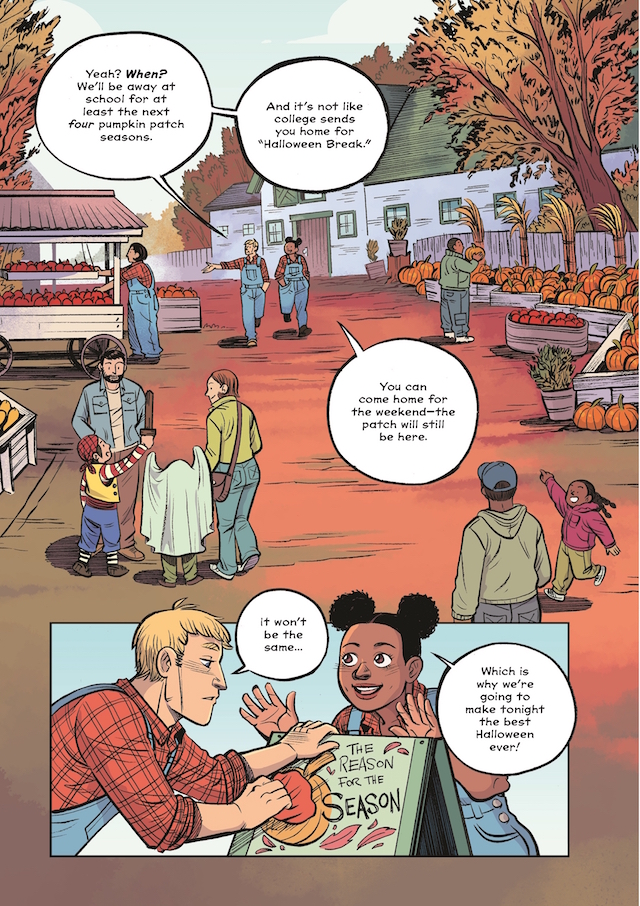 What else is nice? There is loads of good background work, with a wide variety of characters who are extras but are still fun to look at (mostly families but many different kinds, including multiracial families, tired parents, people on dates). Representation is clearly important. Rowell writes at the end of the book that it was important to her to make Deja around the same height as Josie "to push back on the idea that a girl needs to be small and petite to be completely adorable." The pair also spend most of their time eating as they search for the Fudge Girl, with no hint of guilt. It's a will-they-or-won't-they story that doesn't hinge on the plain girl taking off her glasses. For one thing, Deja has dated both men and women, something that's presented very matter of factly. She has options besides Josie, and she doesn't appear to have been pining over him for years. It's more like an "is this a will-they-or-won't-they story?" story, which is better. Everything works out a little too neatly, and I suppose it's fair to ding the book a little for that. It's definitely got some stars in its eyes. On the other hand, sometimes reality provides happy endings, too, and just because a story is darker or more depressing doesn't necessarily make it better. This book is like the opposite of fridging, and it should get some credit for that. 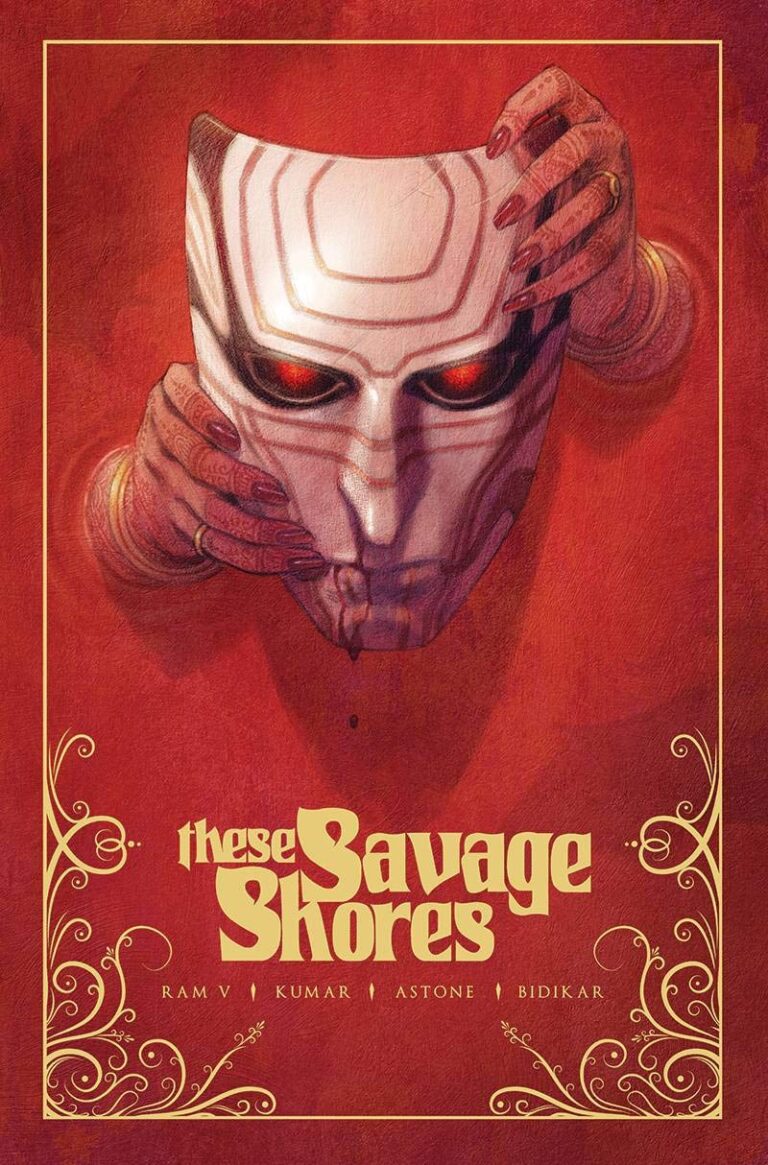 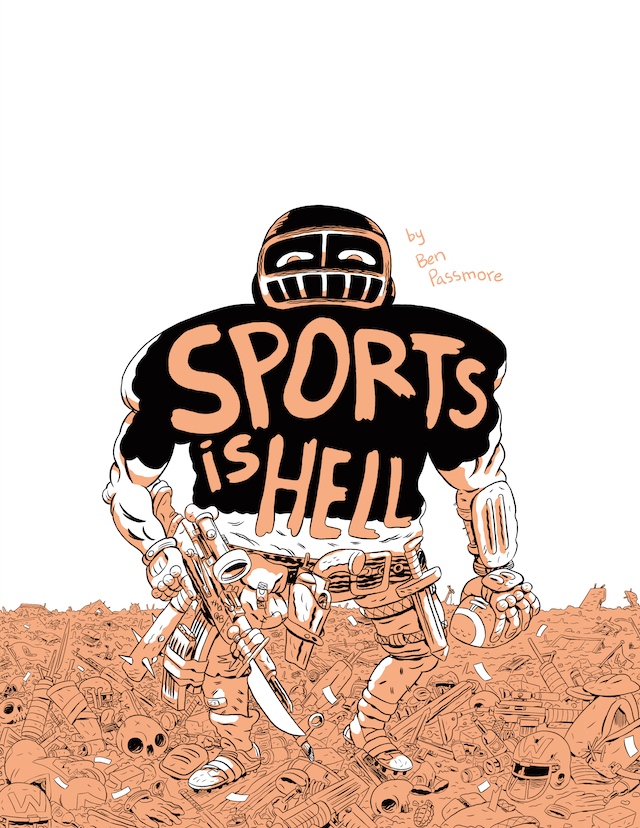