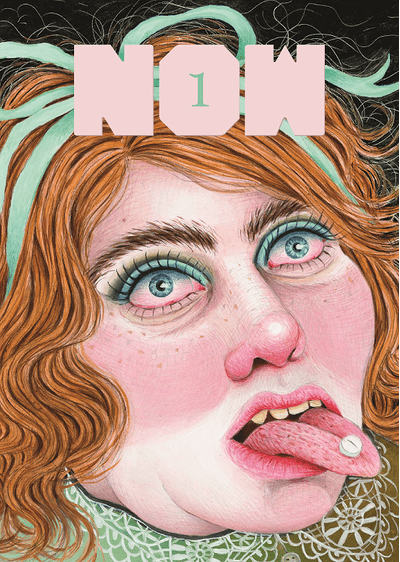 What exactly is the title of Fantagraphics' new anthology referring to? Is the “Now” supposed to imply that its contributors are the most noteworthy cartoonists of the moment? Is this an anthology focused primarily on contemporary cultural and political issues? Or is the title just designed to get you to pick up comic and start reading right away?

It’s been awhile since we’ve had a notable ongoing anthology series from Fantagraphics (assuming you don’t count the last volume of Kramers Ergot). The stalwart indie publisher has a lengthy history of putting out cutting-edge (or at least intriguing) anthologies like Snake Eyes. Pictopia, and my personal favorite, Zero Zero.

Now is edited by Fantagraphics associate publisher Eric Reynolds, who, perhaps more notably for the purposes of this review, was the editor of the celebrated anthology Mome, the last volume of which came out in 2011. The impetus behind that series, at least initially, was to give up-and-coming cartoonists the chance to showcase their work on a semi-regular basis.

Now seems to have similar goals. Reynolds writes in a brief introduction in the first volume that he hopes the anthology will appeal to the “comics-curious” as well as the serious aficionado and be a platform for “showcasing diversity in the comics field.” One noticeable difference is a focus on short, self-contained stories, as Mome frequently featured serialized narratives.

There are other differences, mostly in production. Now is much slimmer than Mome, with thinner, slightly glossier paper and a size matching the more traditional comic book format rather than Mome’s squarish shape. The result is that Now feels like it is designed to be less prestigious than its predecessor – something designed for the comic shop or magazine rack (do those still exist?) than the bookstore shelf.

But let’s get back to that original question. The two volumes published thus far boast an impressive list of contributors, which would suggest Reynolds is taking the “noteworthy cartoonist” tack. There are established names like Eleanor Davis, Dash Shaw, Gabrielle Bell, Noah Van Sciver, and Sammy Harkham; lesser known but no less talented folk like Antoine Cosse, Joseph Remnant, Andrice Arp, and Tobias Schalken; and a few artists I wasn’t familiar with but want to learn more about: Daria Tessler, Conixta Hererro, and Kaela Graham, to name a few. 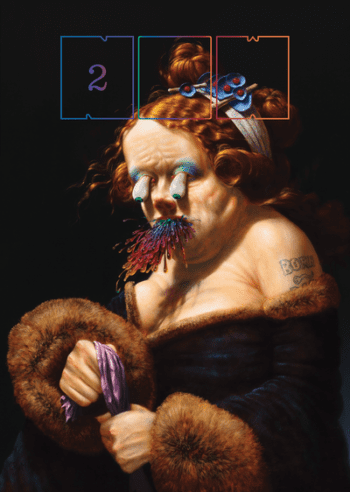 Now's covers, on the other hand, seem designed to court controversy, or at least grab your attention. The inaugural issue’s cover by Rebecca Morgan features a closeup of a woman’s face with her tongue sticking out, upon which lies a small pill. The title? “Plan B on Easter Sunday”. For the second issue, Christian Rex Van Minnen’s cover features a woman, drawn in the style of a Dutch master, except for the fact that she’s vomiting rainbow-colored droplets while her eyes bug cartoonishly out of her head. So maybe Now is focused on pushing some cultural and political buttons.

Delving inside, however, there is little that feels ripped from the headlines, which isn’t to say politics are completely absent. Dash Shaw’s “Scorpio” deals with a woman giving birth on Election Day 2016, a personal moment of change interrupted by national upheaval. Tommi Parish’s “untitled” details a conversation between two LGBTQ characters talking about their difficulties in finding love and acceptance. Anuj Strestha’s “National Bird” plays off the idea of government surveillance in surreal manner.

But it’s the general tone of the stories more than their explicit content that suggest a commentary on current life in America (and perhaps abroad). A good deal of the material in Now is suffused with anxiety, stress and dread. J.C. Menu’s excellent "S.O.S. Suitcases" is a dreamlike tale of shadowy figures and mislaid items and plans. Ariel Lopez V.’s "A Perfect Triangle" imagines a sinister, alien city hiding in plain sight. Bell’s comic deals with a male neighbor who passively aggressively insists on sitting around naked in full view of the cartoonist. Davis's "Hurt or Fuck" features two characters stumbling about in an odd courtship while buildings burn in the background.

Perhaps the most trenchant story – and the best one thus far – is "The Apocalypse According to Doctor Zeug" by Fabio Zimbres, a rough-hewn, spiraling, free-associative tale  involving would-be prophets, corrupt politicians, economic disparity and more. It’s ominous, doom-laden demeanor seems particular incisive, which is noteworthy considering it was drawn about twenty years ago. 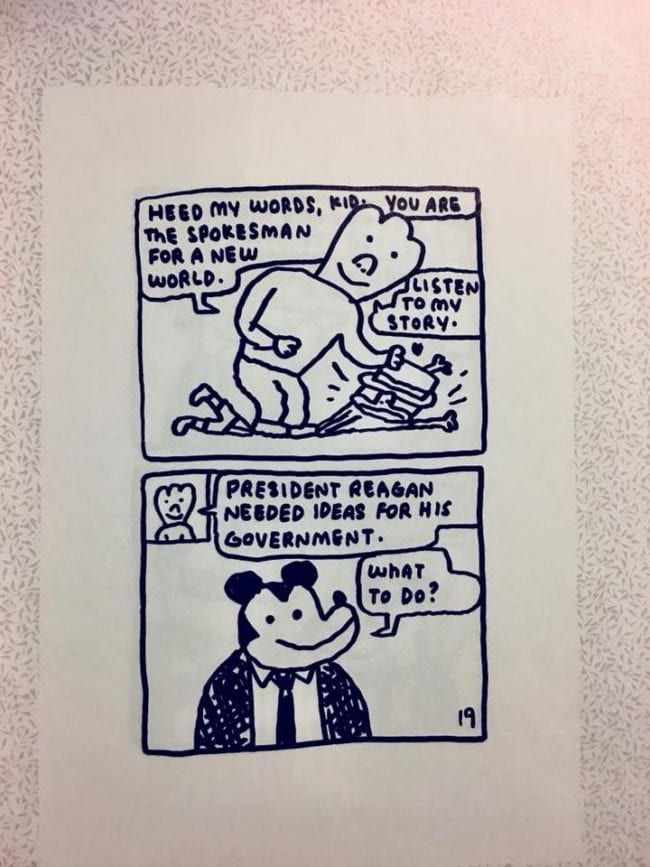 So perhaps Now’s title is not referring to one particular thing but several – highlighting work by established and new cartoonists, dealing with modern life and packaged in a manner that urges your immediate attention. It is difficult to say if Now will maintain this sense of immediacy as it continues; Mome changed a great deal in scope and vision as it progressed through its tenure. But Reynolds has proven to be a sharp and curator of talent and the first two issues indicate that Now is poised to become something very special indeed. 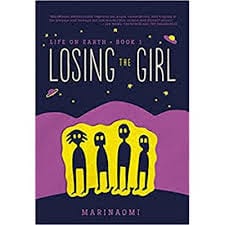 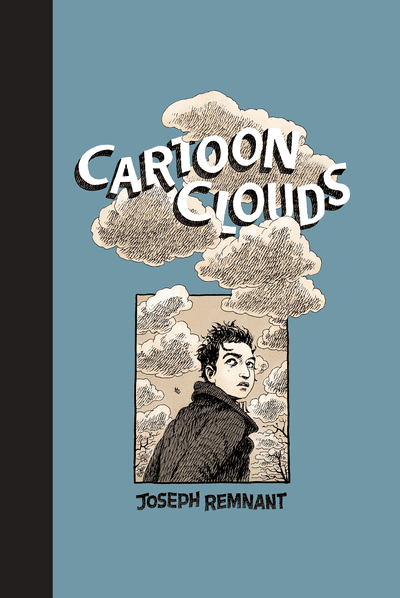