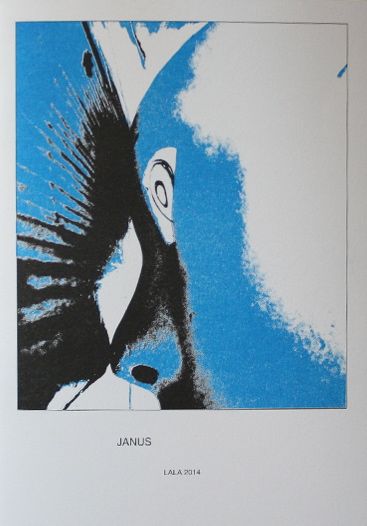 Ten years after Dave Eggers invited Chris Ware, the big boy of what the 1990s called "alternative comics," to edit an issue of his literary journal McSweeney's—in the process anointing the included artists as practitioners of "literary comics"—there is an abundance of literary journals edited by a generation of writers with a different set of interests, influences, and intentions. The internet is now so omnipresent as to replace real-world social interaction rather than merely supplement it, and so writers have felt the need to create a formal language to meet the challenges this new environment presents to them. Pigeonholers may label it "internet lit" or "alt-lit," but there has yet to come a pronouncement labeling a handful of cartoonists as kin. While I would refuse to accept responsibility for coining a neologism as cringe-worthy as "alt-lit-comics," such work is out there. The forms are necessarily different and so do not necessarily share the same formal strategies; prose is native to the internet, but in comics, one cannot merely copy and paste Gchat transcripts. Instead, as Wi-Fi saturates our air and seeps through our walls, it finds an analog in ink like Lala Albert's, which moves in waves. 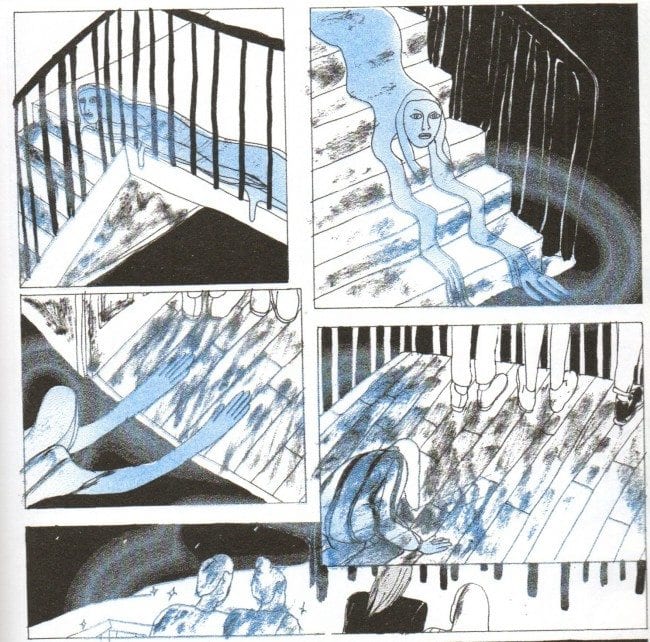 Lala turns her eye often to liquid. Almost always there is water, be it in waves, rivers, or tide pools, but the symbolic meaning of the liquid changes with each new strip, reshaping to fit the unstandardized dimensions of each new container. She seems consistently interested in porous boundaries, such as the way the division between figure and landscape becomes blurred when both are drawn by the same hand. 2012's In the Up Part of the Wave does away with panel borders in favor of large format drawing; the river that runs through it both defines the sense of flowing time by which one reads it, and occasionally divides the page, as the book's central figure climbs in and floats meditatively as water washes over her. Inside water, the sight of a figure distorts, and the body submerged emerges dripping. The gelatinous quaver of Lala's spindly line gives her figures a spinelessness, making them resemble human-shaped bags, that if punctured, would relax and let loose puddles either of blood or some sort of ectoplasmic tulpa of true self. In this light the very function of a word balloon is reconfigured, not sitting outside the image as an analog of sound, but instead acting as a viewable representation of a form made of thought emerging. Lala's handwriting carries the same sloppy line that makes her figure drawings seem so vulnerable.

On the back cover of Janus sits only a word balloon containing the sentence, "I don't have a body", without a period. The front cover is my favorite of the year. The "two faces" of Janus here are just one face and its shadow, the head pressed against the wall in either defeat or rage. In the composition's huge lake of wet blue shines the white of one eye like an island, and the negative space of where the face won't lie flat creates another. The interiors of Janus are printed in the same two colors, deep blue and black, and like the tide coming in and going out, the blue washes off-register over the lines of black meant to define its shape. To quote a perhaps-germane Silver Jews lyric, "I wanna be like water if I can/ because water doesn't give a dam." As water seeks its level, there are areas where inside and out blur. Janus, we are reminded, is a god of doorways, as well as harbors. 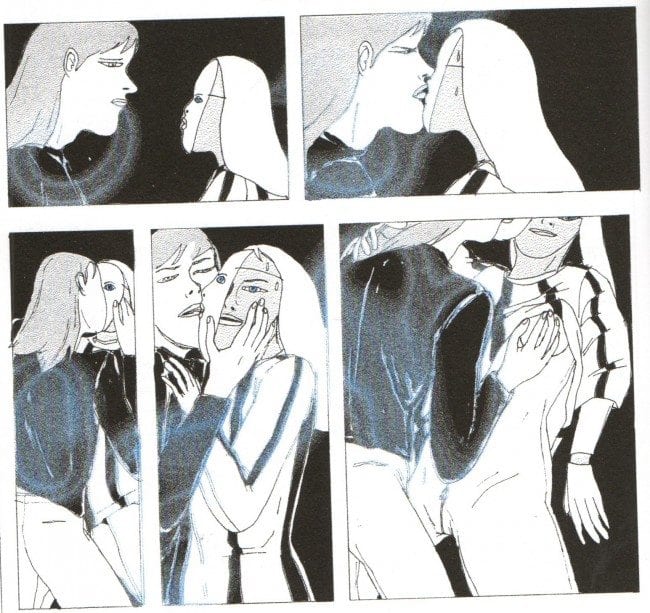 But whereas Romans thought primarily of architectural features delineating one area from another, Lala is thinking also of the mucus membranes of the body. Sex is not as explicit a subject here as it was in her recent story in Weird Magazine (concerning a woman infested with bees, whose orifices drip honey), but there is a masturbation scene, in which Janus imagines giving a man oral sex on the shore as waves roll in. The border between mind and body is navigated by waves that crash back and forth, and a woman's body is tied to the tide. Lala's Janus is not the male mythological figure, but a modern woman, wearing a full-body costume along with her mask, so that her real self is something of a secret identity, distinct from the persona projected at parties, or on the internet in a video chat with a boy. She worries to a friend, “I think we might be chameleoning each other though. Like telling the other what you think they want to hear and then mutually projecting back and forth onto each other.”

This would seem to be a worry exacerbated by the inexpressive blankness of the mask Janus wears, a choice she's made for herself. Because of the way Lala draws, the mask is not immediately readable as such. Her characters all resemble each other, the byproduct of an approach to figure drawing which suggests an adolescence spent lounging bonelessly in the aisles of a Barnes & Noble, internalizing shojo. This is then married to a line that embraces gangliness and imbues these bodies with some basic anxiety, making her adept at narratives of body horror. The figures seem like they struggle to keep upright, and their eyes are consistently long and narrow, as if the pupils are peering out through a slit in a sack made of meat. Janus is the first of her works so extensively concerned with the internet. The masks of identity the internet allows, that are here made literal, are a bulwark against the body's weaknesses, the same space that in her other stories might be the site of some invasion. “I don't have a body” may be the sort of thing said while fucked up on some hallucinogen, but such trips predate the internet, and stem from a human anxiety, being run from. Similar fears may have prompted architects of old, those creators of harbors, doorways, and mythological guardians, wanting something solid that could stand against the barrages of changing tides. Here is Janus, inside her mask. One face looks out to the future, and the second just looks at the shadow the self leaves. 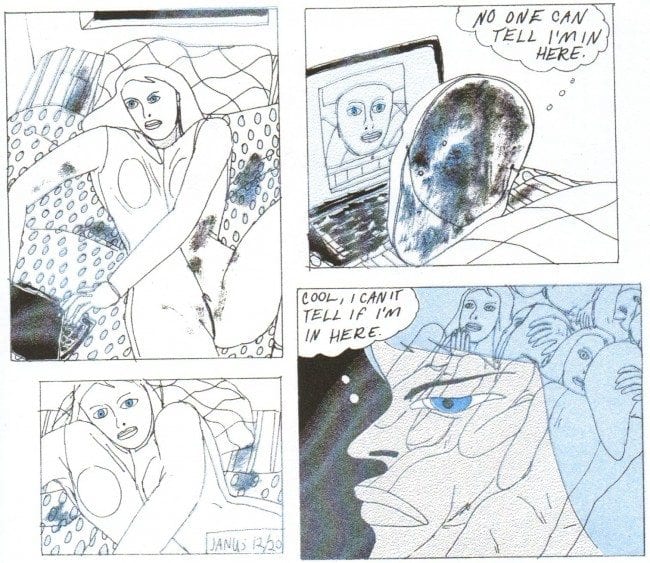 Sex, Books One and Two 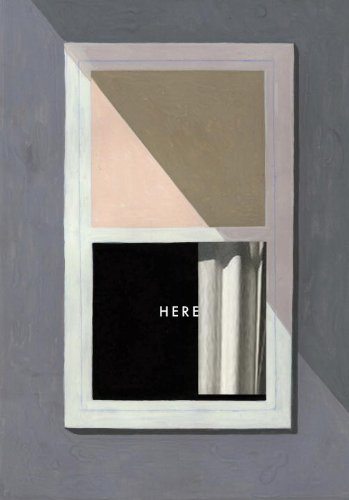