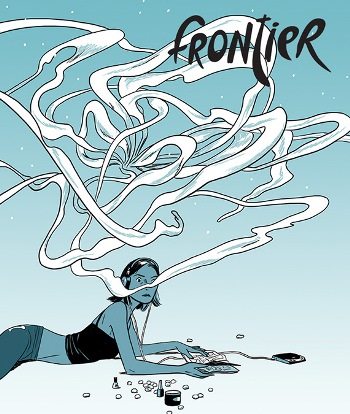 Viral phenomena are a staple of contemporary cultural life, but they defy easy representation in fiction, normally a useful tool for making life legible. The manner in which we share information—and the effects of that process—don’t always conform to a traditional narrative arc. Viral phenomena take the shapes of constellations. Of fireworks, even. But maybe a medium like comics—mosaical, diagrammatic, suited to slippery chronologies—is already built to help people contemplate virality. Jillian Tamaki’s work in Frontier #7 certainly makes a strong case for the form.

Although Youth in Decline’s Frontier series is an artist-showcase anthology, with each issue a standalone story, Tamaki’s “SexCoven” complements Emily Carroll’s story in issue six. These books are forming constellations in their own right. Carroll traced the origin and growth of a bloody urban legend—a study in pre-Internet virality. Tamaki’s entry covers various points in the history of a sound file—“a wordless, six-hour atonal drone”—that induces hallucinatory sensations in its listeners and inspires cult-like behavior. The paths of the sounds are Tamaki’s subject, and her comic presents the experiences of some individual listeners without reducing the story to any one incident. (The comic does eventually foreground the account of one particular listener, but in a manner that further expands the scope of the story.) While arranging these different plot points, Tamaki also finds a balance between coherence and uncertainty—the lack of information—that makes “SexCoven” a satisfying suspense comic. 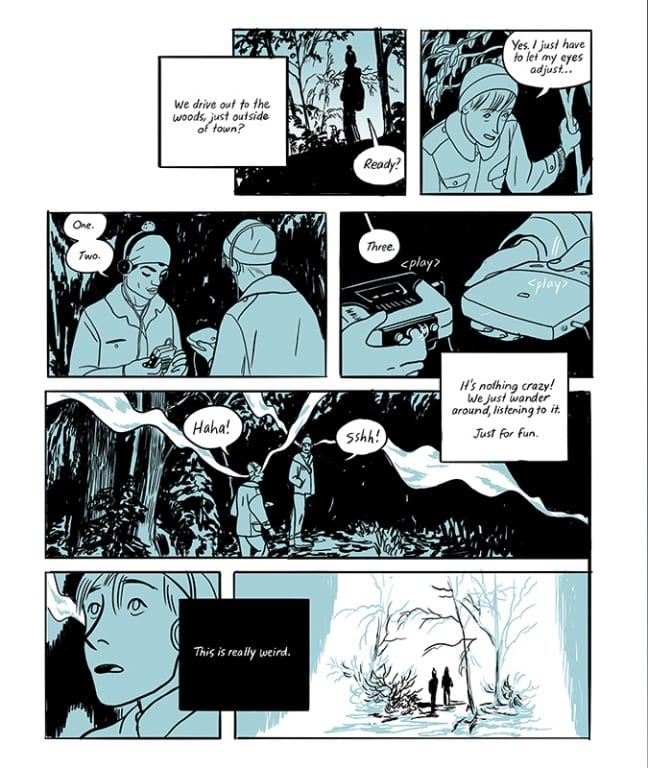 Tamaki’s sense of economy helps maintain this balance throughout the book. Some of the early pages in Frontier #7 include brief depictions of how different listeners engage with the SexCoven file. The story cuts from one locality to another often enough to convey SexCoven’s virality, with Tamaki varying her approach from incident to incident. These scenes display moments of simultaneity while encouraging unease in the reader, further building suspense around Tamaki’s viral phenomenon.

On a page in which two characters play SexCoven on headphones during a walk through the woods, Tamaki’s caption boxes guide the reader’s eye along a spiral-like curve. This curve does not fully map the reading order of the page’s panels, creating a kind of interpretive static as the eye works to follow both at once. On a page in which two students have sex to SexCoven, Tamaki orients her readers with a traditional eight-panel grid, but she also draws the sound waves of the students’ stereo as laid atop the panels and extending off the page. This is an isolated incident and a viral happening within one composition. 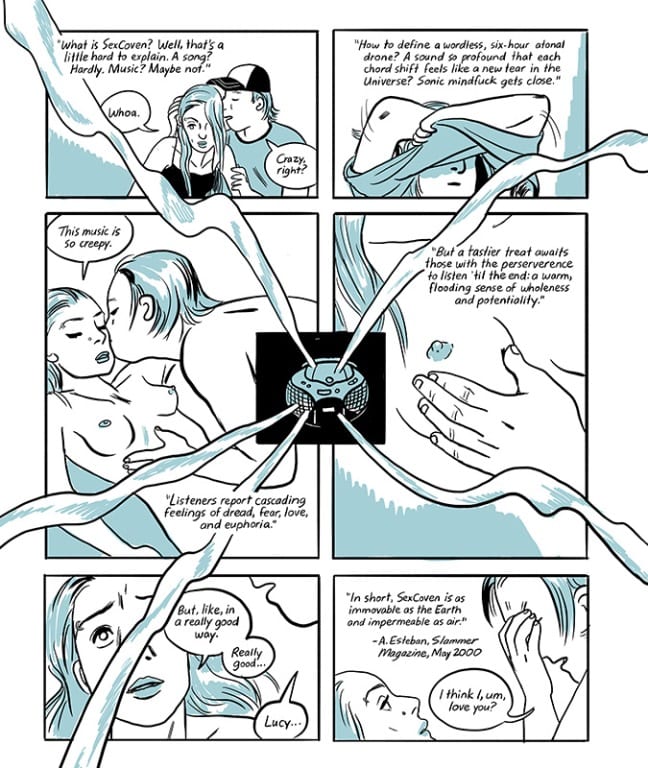 Color—a recurring shade of blue—is a unifying force throughout the comic as Tamaki juxtaposes virality and localities. Frontier #7 has the minor misfortune of arriving shortly after Bill Griffith’s dig at linework and coloring in literary cartooning; in a strip that’s found a second life on Tumblr, Griffith pokes fun at comics that use a muted hue similar to that of Frontier #7, though he likely had a different target in mind. But despite a resemblance to the books in Griffith’s sights, Tamaki’s story uses color in a more deliberate way. As the comic leaps across localities, it benefits from the subdued blue palette as a common denominator. The color is a fun choice for a story that trades in discomfort, too. Frontier #7 runs cool, which suits Tamaki’s depiction of SexCoven as a threat of ambiguous magnitude.

This aspect of the story—the uncertain boundaries of SexCoven as a movement and a threat—leads to one of Tamaki’s most striking spreads: a collage of viral sprawl. In a composition recalling the information-overload aesthetic of Kevin Huizenga’s Gloriana pieces, Tamaki groups together timestamps, file names, folder icons, instant-message lines, and other design elements to illustrate SexCoven’s rapid, collaborative growth—a look at virality in motion. Later, she gives readers glimpses of tech debris as well. A damaged-file icon fills one panel; a “This page has moved…” screenshot fills another. The cumulative effect is the suggestion of a movement without a discernible form or discernible limits—a compelling linkage of modern Internet culture and more enduring fears of the unknown. 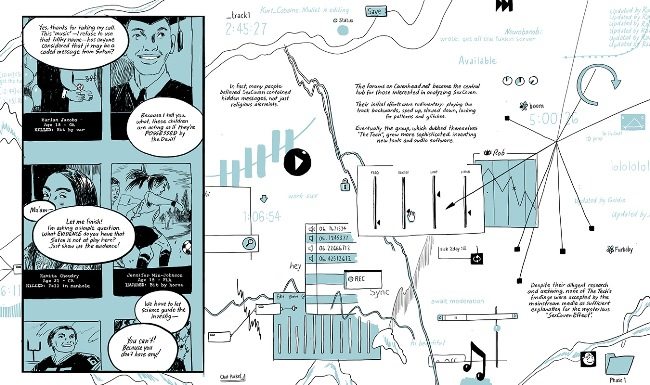 Storytelling’s a source of comfort, even understanding, during chaotic times. There’s plenty of truth to this platitude, and yet it omits at least one crucial thing: good storytelling isn’t easy, especially not the illuminating kind. Frontier #7 doesn’t present itself as a bold statement about the way we live now, of course, but the comic is still a resonant piece of work. Tamaki isn’t offering comfort; not on the level of plot, anyway. But she’s tapped into a kind of comics making that can address a challenging subject, and in a fashion that’s creepy and clever. 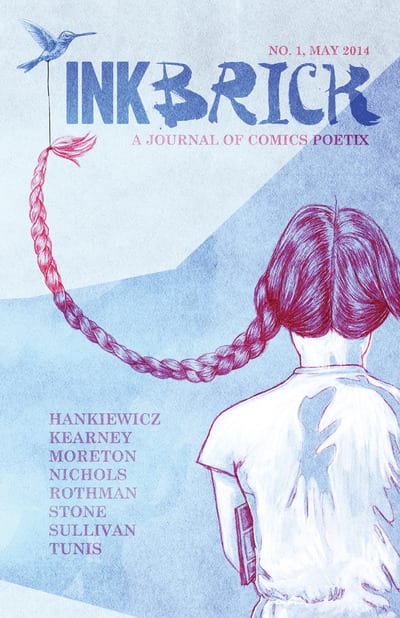 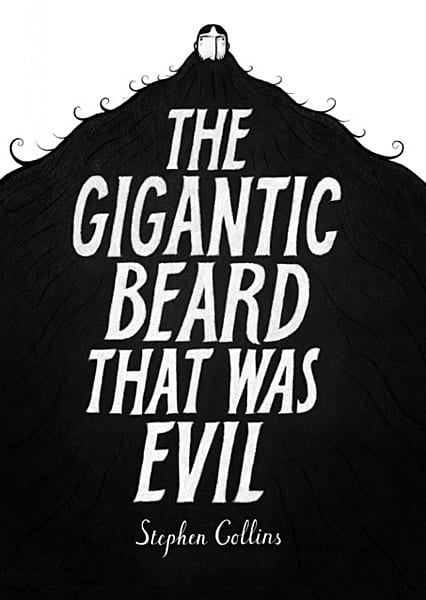