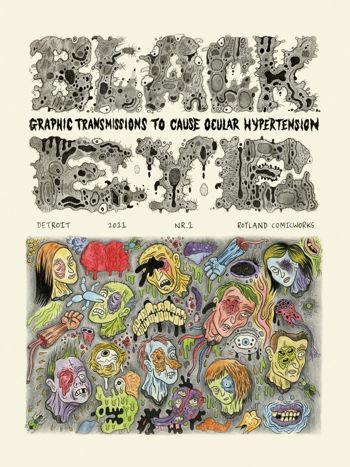 For an anthology of scabrous sick humor, Ryan Standfest’s Black Eye sure is tastefully designed. The cover and paper stock are creamy and pleasant to the touch, an ideal platform for the black and white, graytone, or pencil-shaded art of the contributors. Its introduction, table of contents, and prose contributions come in an array of exquisitely curated typefaces from the mid-20th century. A triumvirate of top comics critics contribute essays — Bob Levin on Phoebe Zeit-Geist, Jeet Heer on S. Clay Wilson, and Ken Parille on Steve Ditko — of the sort that would animate the altcomix cocktail-party circuit, were there such a thing. Of all the publications to be seized by overzealous Canadian customs officers on guard against American Obscenity recently, this un here’s surely the most classiest.

Clearly, editor Ryan Standfest was up for a challenge when he conceived and assembled Black Eye, and not just for its lofty production values. He'd have to have been, to combine two of comics' diciest propositions into one giant hit-and-miss amalgam. All but the best anthologies are characterized by the inclusion of a few clunkers, while gallows humor and gross-out gags are forever in danger either of being predictable in their transgression or of overemphasizing the dark or disgusting at the expense of actually being funny. In both cases, success at surmounting these obstacles is largely in the eye of the beholder — and from the title on down, Black Eye seems created with exactly that in mind. But cognizance does not equal transcendence, and the book ultimately shares the typical vulnerabilities of most comics that share either its form or its content.

Black Eye's biggest problem is kind of a killer for a humor anthology: It's not particularly funny. In a way, its rather astonishingly high production values work against it: The highfalutin' look and content saps the proceedings of the anarchic savagery that tends to characterize the most effective work in this vein, from Harvey Kurtzman to Johnny Ryan. Only Onsmith goes hard in the Ryan direction, with a suite of gag panels that was the ostensible cause of the Canadian customs confiscation, and unsurprisingly they’re the funniest bits in the book -- an indictment of selfishness and lack of empathy as a stealth running theme amid a bunch of brutally blunt sex ’n’ murder jokes. (“Shit, bro…I should call my father!” says one frat boy to another as they gawk at the naked dead woman on their couch. “He’s gotta get in on this while she’s still warm.’) Two of David Paleo’s similarly nasty cartoons got a chuckle out of me on the strength of the kinetic body language his loose, ink-splattered line is capable of: a bound execution victim leaning forward as a hunter blasts him point-blank in the back of his enormous deer mask, a concentration camp internee’s ta-da hand gestures as he encourages a despondent guard to sit back and enjoy being a part of a momentous historical event. Though Ryan himself doesn’t put in an appearance, the other maven of pitch-black humor, Ivan Brunetti, does, and his work here feels as enervated as it has for some time now; one of his punchlines is just a non sequitur, another a simplistic riff on the way Popeye speaks, and the third a visual pun involving a cartoon bone that doesn’t even make sense, given the way he draws his characters’ limbs as a single line. Most of the other more raucous contributions overestimate the value of visual noise at the expense of good jokes or even directly outré imagery (cf. Clotfelter, Moore, Nudd, Head); an apples-to-apples comparison with Al Columbia’s dental-trauma illustration makes the others’ weaknesses apparent.

Of the subtler pieces, only Brecht Evens’s paean to his late wife (sic) stands out, for the clever, self-indicting way in which it actually pays tribute primarily to Brecht Evens himself. Beyond that there are several staid art-inflected pieces of the sort you might flip past in Kramers Ergot 5 or 6 on the way to the good stuff, and way too many parodies of the ads in the back of old comics, nearly all of which are one-note riffs on your basic “these x-ray spex won’t prevent you from dying loveless and alone” schtick. Danny Hellman is by far the best of that bunch, with a novelty-item parody page that’s funny from top to bottom and an ad for an art school for the ill-fated, featuring spokesman Wallace Wood uttering the immortal line, “We’re looking for people who are dying to draw”; the rest lack both his chops and the sense that they were made by an artist willing to ruin his life with lawsuits in possibly misguided but nobly intentioned attempts to be funny. Maybe that’s the problem with Black Eye overall. It’s a lovely thing to look at, but it seems intended primarily to illustrate that its contributors like black humor and sick jokes, not demonstrate why we the readers might like ‘em too. 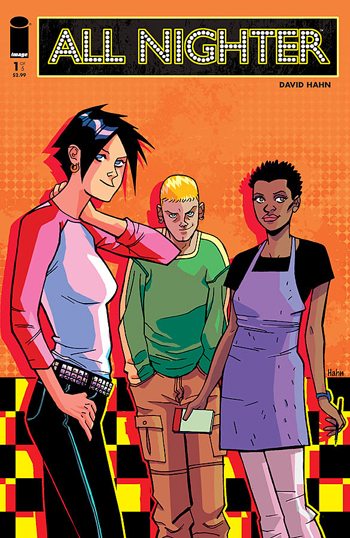 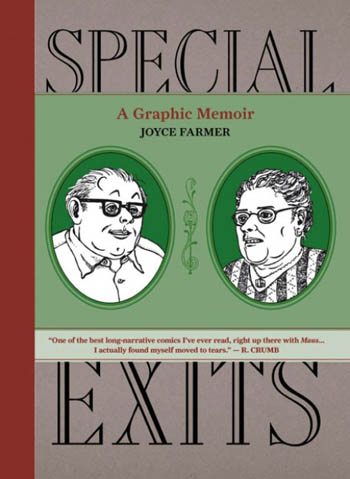