First of all, an announcement that may be of interest to those of you who live in the New York area, or who plan to visit the city during this year's MoCCA Festival. The Journal will be participating in an all-day event at the famous Strand bookstore on April 8th:

STRANDICON presents a Celebration of The Comics Journal: A Conversation with Gary Groth, Kim Deitch, Tim Hodler and Dan Nadel

The Comics Journal has been the leading voice in comics criticism for nearly four decades. It launched its first full-fledged website in March 2011, and in celebration its editors, Tim Hodler and Dan Nadel, will lead a discussion on the history of the magazine and the medium of comics criticism with founding editor Gary Groth and longtime cartoonist and TCJ interviewee Kim Deitch.

The bookstore will feature artist appearances and signings by throughout the day. More information here.

And now on to random links. The weird thing about doing this every other day is that it tends to mean that a portion of the links are a little out of date, at least in internet time. (What's that, you say? I should share links I find with Dan? I'm going to pretend I didn't hear that.) But maybe that's okay. These links may not be brand new, but they are tried and tested, each one worthy of clicking. Or at least that's the hope. Anyway...

*In Bible scholarship news, according to Discovery, new evidence has come to light supporting the idea that the Old Testament may have been edited to remove traces of a female god. Interesting in light of some of the similar scholarship Robert Crumb relied upon while creating his version of Genesis. (via)

*Here's a review I never expected to see: the often astonishing novelist William T. Vollmann writes about the Library of America's recent Lynd Ward collection in the latest Bookforum. Unlike the typical literary type slumming in the cartoon world, he even manages to take the form seriously enough to think out loud about how it works: "Graphic novels sometimes require of us the willingness to see and remember without comprehending right away."

*Luc Sante also wrote about the collection, in Harper's. I let my subscription to that magazine lapse, so I can't read it until I pick up a copy, but Sante's always worth reading.

*It's hard to believe that Chris Ware's daughter is already old enough to be writing record reviews—if you haven't clicked on the many links to Clara Ware's take on Tiny Tim for Roctober (complete with illustration and afterword from her father), you really should. (via)

*Eddie Campbell's one of the greatest talkers in comics -- and just might be interviewer-proof. Matthias Wivel's no slouch in his own right, and their resulting conversation is predictably solid.

*Journal columnist Sean T. Collins points us to an interview with Phoebe Gloeckner, which contains a lot of new information on just what she's up to in Mexico over the last several years.

*I remember seeing this once. I thought it was a dream.

*Finally, another story that's been going around, but that you might not have read yet. You have to, though. I won't ruin it by telling you anything beforehand. Just make sure you get far enough to understand about the frogs. (Thanks, ER.) 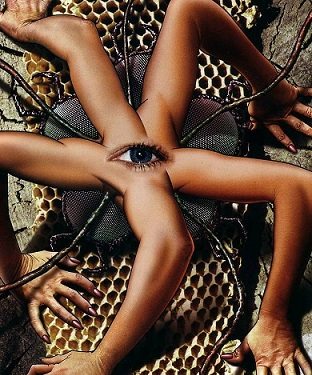 Hauntology and the Invisibles Part II 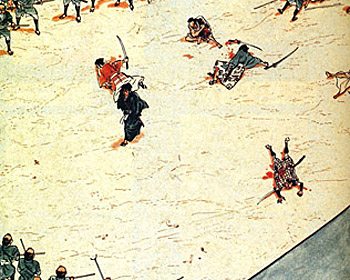