In the late 1969 planning for the World’s Fair at Osaka, representative items of Japanese culture were chosen to be placed inside a time capsule, to be buried at the close of the Expo and then hatched in the year 6970 to show future earthlings what the country and its people had been like five thousand years before. Amongst the two-thousand-and-ninety-eight sundry items are a turntable, a silk condom, bacteria samples, bonito flakes, a miniature model of a Toyota Century, and a copy of the Basic Facts of the United Nations. A “Modern Rosetta Stone” was included with the following lines in Japanese, Chinese, French, English, Russian, and Spanish: “Hoping for the happiness of humans 5000 years in the future, we leave this capsule as a record of the twentieth century.”

Had the Expo been earlier, manga might not have survived the end of the world. But amongst the seven magazines included in the capsule, one was the manga weekly Shōnen Magazine. It was a natural choice. By the end of the '60s, Magazine had a per-issue print run between 1.2 and 1.5 million, far ahead of its closest competitors in the comics industry, Shōnen Sunday (over 800,000) and the new Shōnen Jump (just under 800,000). It was, in fact, the highest circulating magazine in Japan at the time, ahead of even the top tabloids and mass entertainment magazines. It was said that by 1969 one out of every two Japanese read Magazine at least occasionally, and that 1.5 copies sold every second. One of its top authors, Chiba Tetsuya, congratulated Magazine in 1970 for printing enough copies every week to form a stack eight times the size of Mt. Fuji.

More than popular enough to represent the present, for different reasons it was also – people at the time thought – capable of addressing an unknowable future.

There is a disappointing but suggestive error in the historical record. According to Panasonic’s documentation, the copy of Magazine in the capsule (which it co-sponsored) is dated March 29th, 1970. The spine of that issue indeed says “A gift for people 5000 years in the future” and “Shōnen Magazine in the time capsule!” But histories of Magazine and even reminiscences by its editors claim instead that it was the New Year’s edition that was sealed in the pod and designed with contents worthy of posterity. How I wish that this were true.

Because if it were, then opening this address to the future would have been a fifteen-page color gravure feature titled “An Introduction to Gekiga” [“Gekiga nyūmon”], presenting the comics genre that had propelled Magazine to the top as part of the audiovisual revolution of the 1960s. Saitō Takao was the obvious representative. He had been a leading innovator in the genre since its formation in the late '50s. By the end of the sixties, his studio, its work, and its production line operation had become symbols of the so-called “gekiga boom” – the quick ascendancy of gekiga over other comics genres within existing children’s magazines, and the proliferation of new young adult monthlies composed almost entirely of work in that genre. It is Saitō that is shown inking a manga page in the photographic insert on the title page of “An Introduction to Gekiga.” Above, painting himself in watercolor on a scroll of paper, is Muyōnosuke, the title character from Saitō’s bounty hunter samurai manga for Magazine, serialized from 1967 to 1970, and popular enough to be made into a television show in 1969.

“An Introduction to Gekiga” is not encased in the capsule. But that Magazine’s former editors think it is, is telling of how the relationship between Magazine and gekiga is remembered by those who were directly involved, which is as a medium deserving preservation and also capable of communicating across millennia. “An Introduction to Gekiga” is well-known in the history of Japanese comics, but the quirky utopian aspects of its original conception I think have been forgotten. It appears in many overviews of the era and theoretical discussions about manga, but almost always in purely formal terms as the official statement on gekiga’s basis in “cinematic techniques.” 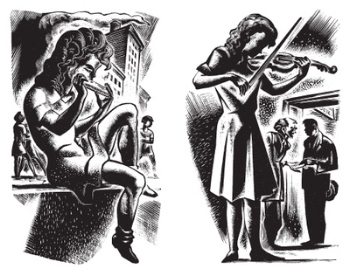 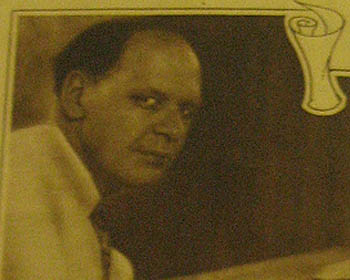