Today, Frank Young is here with an extended look at the most "meta" sequences of Chester Gould's career.

The Gravies appeared only in the Tribune through its six-year run, which ended January 26, 1964. At first signed “Chet,” the early run of the strip is often solo Gould, with loose-limbed linework, sloppy lettering and other evidence of a tightly wound cartoonist blowing off steam and amusing himself. Gravies later credits the first names of Team Gould: Al Valanis, Chester's brother Ray Gould, Dick Locher, Jack Ryan and Rick Fletcher. The single-tier strip grew in 1958 to a double-decker approximately a third of a page in size.

Skewed comedy was hard-wired into Dick Tracy from its 1931 start. Gould’s fight-and-flight narratives of doomed criminals, hurtling toward claustrophobic doom, can be gripping, grotesque and deadly serious. Humor elbowed its way into the darkest storylines. Eccentric supporting characters, settings and casual commentary on current fads and foibles informs the strip. Post-war Tracy, until the end of the decade, stressed comedy over crime-solving. The popularity of the hillbilly family of B. O. Plenty, his wife, Gravel Gertie and their daughter, Sparkle Plenty (the focus of a merchandising blitz in the late ‘40s) threatened to crowd the no-nonsense Tracy out of his own strip.

The hit-and-miss humor of The Gravies was no surprise to Tracy’s Chicago readership. In the past year, they’d read a long narrative with the enigmatic Mumbles, a revived villain from a 1947 sequence, paired with a physical-culture fanatic and his feral offspring—acrobatic twin tots who vex the criminal with their anarchic slapstick mayhem. And though 1956’s Tracy narratives (which I wrote about in this essay) represent a peak year in the strip’s darkness and drama, there are also occasional moments of screwball comedy.

—Reviews & Commentary. For The Paris Review, Trina Robbins writes about Neil the Horse.

Unique among the black-and-white comics of the 1980s and, in fact, unique from any comic ever published, Neil the Horse is the world’s first and only all-singing, all-dancing comic book. Each issue includes sheet music and lyrics—you can play the songs on your piano!—and along with the lyrics, some evocative poetry that is not set to music, all by Arn, who truly lived up to Neil’s motto: “Making the World Safe for Musical Comedy.”

Anders Nilsen writes a personal, persuasive essay on the importance of access to affordable health care.

This afternoon I wrote postcards to seven US senators asking them to vote NO on Graham-Cassidy, the latest Republican attempt to dismantle Obamacare and rob people of their health care. I'm not usually that vocal in public about my politics. Social media generally makes me slightly queasy, even if it is the water we all swim in these days. But the issue of health care feels urgent to me.

—Interviews & Profiles. Pádraig Ó Méalóid finally publishes the third part of the enormous "Christmas" interview with Alan Moore, in which among other things, he reveals his recipe for rarebit pasta.

...Mix the breadcrumbs and the extra grated cheese together, and then cover the top of the pasta and sauce with the resultant crumbly mixture. Dot the halved baby plum tomatoes over the whole surface area, stick the casserole dish into the moderate oven, and then go and smoke the joint while reading, say, a short David Foster Wallace essay or story, and by the time you’re done with that your dinner should be ready.

—Misc. Lynda Barry has inaugurated an advice column at The Paris Review.

Pee hoarding isn’t as uncommon as one may think. Type that term into a search engine and be amazed. It’s not about being too lazy to pee in the toilet. It’s about something else that usually has long roots going back to childhood. I knew kids who did this, who saved jars of pee and lined them up in corners of garages or in bushes. I’m sure pee hoarders have their reasons. ...

“A Tricky Cad”: The Gravies, Sawdust and Chester Gould 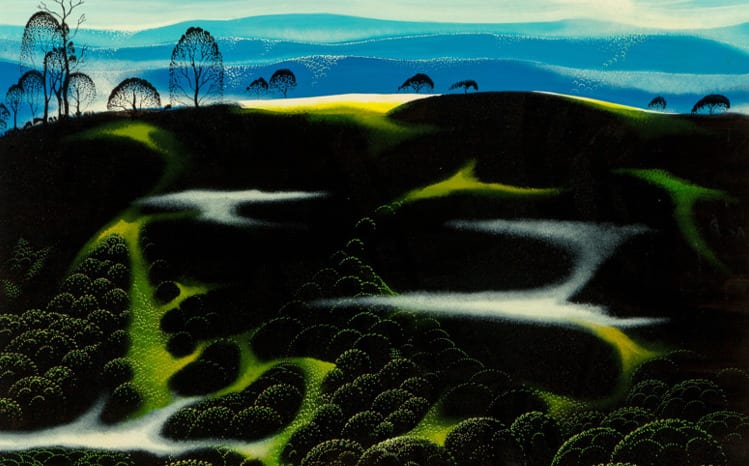