Another full day at TCJ. First, Austin English returns with another provocative installment of his regular column. This time, after first revisiting an old artistic dispute between André Breton and Leon Trotsky, he argues against the comics world's preference for clarity.

It's exhausting to assert that William Blake's Jerusalem is a brilliant comic, even though such a statement is necessary and true. 'Why is this work not in the comics canon!' is a battle that feels laborious to even consider, mainly because the merits of such a work are so strong and the world cartooning has created around itself is so foreign to Jerusalem’s properties. The gap between the two feels like a hopelessly tattered and beyond repair bridge. Why bother? Energy is, pragmatically, better spent elsewhere. Still, one wonders why we don't see more comics work in the tradition of Blake, and instead see quite a bit of cartooning that, more or less, resembles Ben Garrison:

It would be disingenuous to argue that outside approaches to traditional cartooning are discouraged in 2018. In fact, they are more welcome than at any other time in comics history, as artists of all disciplines and concerns make comics for engaged readerships of all kinds. But when I think of how comics asserts itself outside of the underground, Garrison is closer to the norm than may be comfortable to admit.

The Nib, The Believer, The New Yorker, and most mainstream publishers that work with comics, while often publishing beautiful and innovative work, do not deviate from the same rule that their spiritual arch-nemesis Garrison holds dear: clarity. Some artists make transcendent work for these publications, mastering and making wide leaps within the realm of clear communication, the brilliant work of Liana Finck serving as a noteworthy example. And Garrison himself, while espousing ideas that most readers of this site find counter to their core values, makes thrilling work, precisely because it elicits such strong rejection.

Sean Rogers has also returned to these digital pages, with a review of the long-awaited English translation of Jacques Tardi's I, René Tardi, Prisoner of War in Stalag IIB.

A difficult task: to tell a story in which there is no forward progress, no momentum, just drudgery and suffering. In a remote Nazi stalag with no hope of escape on the horizon, no possibility of rebellion, misery and ceaseless repetition are the only traits that distinguish each day. For Jacques Tardi, these are the qualities he must convey, to capture anything of his father’s internment during the Second World War: defeat, privation, punishing monotony. The artist’s byword, repeated again and again in his Comics Journal interview about his new book, and often in his father’s narration therein, is “bitterness.”

René Tardi had much to be bitter about, thanks to the nearly five years he spent in Stalag IIB, sixty miles south of the Baltic Sea, in what was then Pomerania, following his capture in the French defeat of 1940. “His youth had been confiscated,” writes his son in the foreword to the welcome new translation of 2012’s I, René Tardi, Prisoner of War in Stalag IIB, a “visual reconstruction” of his father’s military experience. (The second volume, 2014’s “My Return Home,” will appear in English early next year; Casterman lists a third volume in French this winter.) A professional soldier well before the war began, Rene endures the ignominy of a quick surrender in the early going of I, René Tardi, while the bulk of the book tolls out his years of bondage, hunger, and disgrace in the miserable German camp to which he is exiled.

—News. Yesterday, it was announced that not only will Amazon affiliate comiXology be a sponsor of this weekend's Small Press Expo in Bethesda, it will also be both exhibiting and passing out free copies of one of its new line of print-on-demand comics.

ComiXology will sponsor both programming tracks and workshops at the upcoming event, which runs at the Marriott North Bethesda Hotel & Conference Center this Saturday and Sunday. Additionally, it will be giving away print editions of Hit Reblog and a limited edition poster for the book, with a signing for the book scheduled for Friday Sept. 14 at 7pm for SPX exhibitors, guests and volunteers. Megan Kearney, the book’s writer/artist attending the show and tabling all weekend.

It is difficult to understand how one of only two trillion-dollar companies in the world could possibly fit within any possible definition of "small press," but I suppose there's something wrong with me for caring... In any case, Eric Reynolds seems pretty prescient right now.

This year's Joe Shuster Award winners have been announced.

How do you feel about the media attention that the reboot of Nancy has generated?

Grateful and humbled, which is a boring answer but true. Mostly, I try to pretend it doesn't exist, or I risk becoming incredibly full of myself.

How about the reaction among Nancy fans? Have you had much interaction with them since April? Do you pay much attention to their comments (we love your Aug. 19 strip about the "exact right temperature to leave a nice comment")?

I get a very filtered version of the general sentiment from my friends, but otherwise try to avoid all comments and will tuck and roll out of the room the moment somebody starts to bring them up.

This doesn't mean I don't appreciate having fans (I DEFINITELY DO); it's just that, if I read too many nice things, I really will become way too pleased with myself and comics production will grind to a halt while I preen at myself in the mirror. Meanwhile, whenever I read a single unkind thing, I'm bitter about it for the next six weeks. So it's really more efficient for me to pretend only my editor and my parents are reading these, and then occasionally hear that "people liked the one yesterday" from my mom.

I met Hanawalt at ShadowMachine in Hollywood, a playful but posh animation studio featuring a giant cut-out of BoJack and a sound room that’s shaped like a big silver metal helmet. As amiable young creative types meandered through the halls, Hanawalt’s very nice assistant brought me an icy-cold grapefruit LaCroix; then I was led to Hanawalt’s office in the back, which she shares with her dog, Indiana Jones, a charming medium-sized brown mutt with very nice manners. “I think she’s just what dogs look like when they have sex indiscriminately for a lot of generations,” Hanawalt told me in what I would soon discover is her typical low-key funny way of dropping punch lines into everyday conversation. Anxious to find a little suffering in this sunny picture, I asked Hanawalt if it was hard to go from the independent work of creating illustrated freelance pieces for the Hairpin and Lucky Peach to working with the self-proclaimed busy and important human beings of Los Angeles.

For The New Yorker, Françoise Mouly talks briefly to Chris Ware about his latest New Yorker cover, and looks back at the previous covers in his first-day-of-school series.

Five years—only five years!—since I was helping my daughter into a bike seat to take her to second grade, and now I could barely kiss the top of her head, though she could now kiss my wife’s. It’s cliché and it’s sentimental but it’s true: parents, when your child asks, “Will you play with me?”—do. Because one day they really will stop asking, just like you did.

Do you have any closing thoughts about Watchmen’s legacy and how it’s influenced comics for better or worse over the years?
[Laughs] It is amazing to me that after all this time there is still interest in it. Alan and I thought we’d have a mildly successful series that would have its end and go into the remainder bin and that would be the end of it. The fact it’s kept on for so long and hasn’t been out of print is amazing. If it worked to the detriment of comics at all, it might be the “grim and gritty” approach was taken by other people in the business to mean “ah this is how you must make comics.” So there was a decade of grim, gritty, and nihilistic comics, which wasn’t what we intended at all. In fact, if we’d done anything after Watchmen, we would have done something like Shazam, something with a lighter, more humorous fable feeling to it rather than something dark and grim. I do apologize to the comic-reading public for all that misery.

Senator Joe McCarthy’s appearance in the strip in 1953, as a malicious wildcat named Simple J. Malarkey, was a particular “hot potato.” In October of 1954—just before the actual McCarthy would be censured by the Senate—Malarkey made another appearance. This time, the editor of the Providence Bulletin told Kelly that if Malarkey’s face appeared in the strip again, the paper would drop the strip.

Kelly finessed this by introducing a character from Providence, giving Malarkey the line “nobody from Providence should see me!” before he pulls an empty bait bag over his head. This had the double effect of getting rid of Malarkey’s face and making him look like a Klan member. “Now we find we are kidded” the Bulletin’s editor admitted, moving the strip to the op-ed page, where satire was evidently permitted.

Finally, the New York Review of Books has published an autobiographical essay by Tsuge Tadao.

My comics have been turned into a movie. It’s titled Vagabond Plain.

The script and the direction are both by veteran director Teruo Ishii. Officially, I am “author of the original story.” But to be honest, I feel a bit guilty about receiving that honor. Upon reading the script, my initial reactions were “?” and “ … ” and also some “!!” My crude and naked stories had been dolled up and transformed into something bold and wonderful.

The script was super fun. Director Ishii had laced together a number of my short and medium-length stories, then embellished them with his own wild-spirited sections, to spin a yarn that is truly bizarre. I hesitate to call myself the original author precisely because I am so impressed with Ishii’s additions. His parts are the overall narrative’s true jewels. Had the script followed my manga faithfully, the resulting movie would surely have been too bleak. It’s presumptuous of me to think this, but I wonder if Ishii consciously set out to combat the darkness of my work. 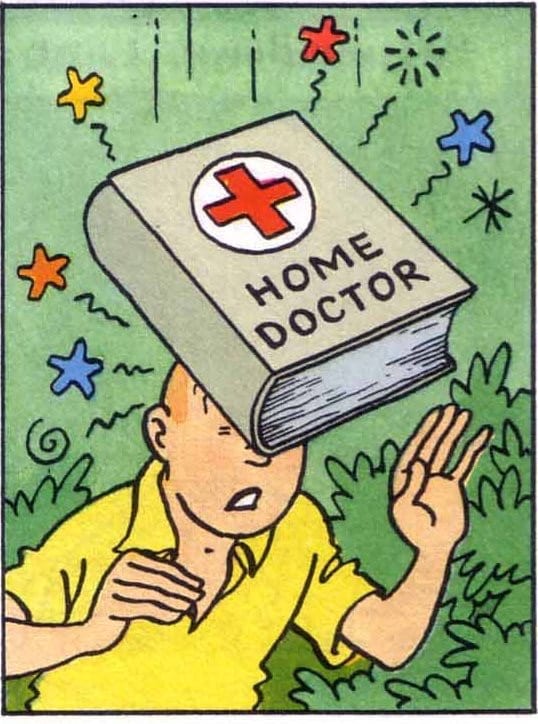 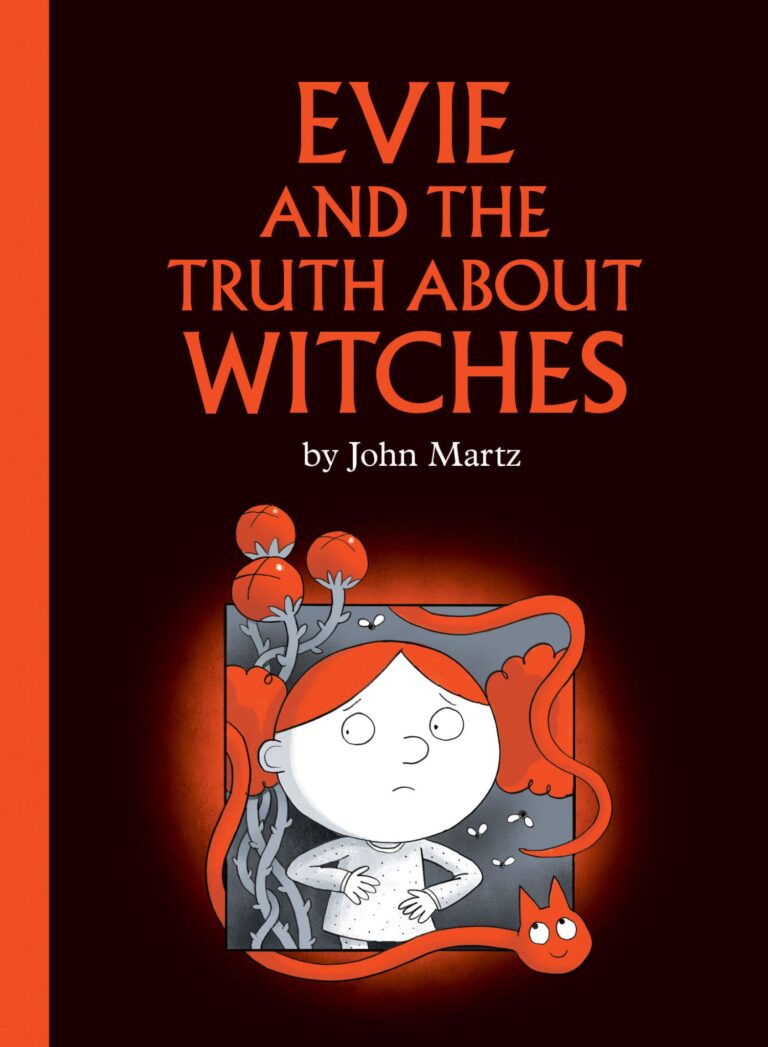 Excerpt: Evie and the Truth about Witches