It's a weird day out there, but if you're looking to hide from the world, we have some comics-related content to help with your denial.

First, Mark Newgarden is here with a photo tour of The Inkwell, a postwar NYC bar where everyone from Milton Caniff to Milt Gross to Otto Soglow drew on the walls.

Part of the mythos of the 20th-century newspaper cartoonist was the role of the deadline- haunted hollow-legged libertine, part workhorse/part fraternal drinking machine. Big-city newspaper art departments were notorious for their in-house tippling and impromptu frescoes. In a 1979 oral history, the radio producer Himan Brown (desperately seeking an audience with cartoonist Milt Gross) recalled his teenage impression of the New York World art department of the 1920s: “For me to describe the place these cartoonists worked in, in the old World building down on Park Row in Lower Manhattan, is really a nightmare in itself. These were tough hard-bitten men, an elite unto themselves. They sat side by side, doing the cartoons and comic strips that were so familiar, in this one smoke-ridden room, with spittoons and filthy dirty pictures on the wall. Pornography was invented by these guys.” These dual impulses naturally migrated to the local saloons after office hours.

Among these was The Inkwell, a now-forgotten postwar establishment that once catered to this particular elite. Located at 693 Third Avenue between 43rd and 44th Streets on the East Side, “a few doors south” of the original Costello’s (which occupied number 699 until it relocated to East 44th street in 1973), The Inkwell was christened with a moist nod to the high-hat steak row eatery, The Pen and Pencil. Esquire described it as “a hangout for cartoonists and writers, actors and musicians, models and magazine editors.” Knife and Fork in New York, a period guidebook, described it as a “boothed gossipry for folk from near-by newspaper offices ” and went on to praise both the steaks and “big luscious porkchops, Southern-style.”

We also have Day Four of L. Nichols' Cartoonist's Diary. Today, it's camping in Big Sur.

—News. Longtime Batman artist Norm Breyfogle has died. Anyone between, say, 30 and 45 who read superhero comics in their youth probably has fond memories of his work. The details of his death are still private, but he suffered a stroke in 2015, and used crowdfunding at the time to help pay his medical bills.

Are you more concerned about the country than you were when you started Doonesbury, during the height of Vietnam and the Nixon administration?
It’s hard to measure degrees of concern. The country’s been at war for roughly half the 50 years I’ve been doing this. We’ve had endless scandals, crises. I can’t think of a year when I wasn’t concerned. My hair’s always on fire about some damn thing.

She may feel that her constant existential terror makes her a bit weird, but it seems there are enough like-minded souls out there to make her quite normal. (Her 200,000 followers on Instagram are devout enough that her biography states: “You may tattoo.”)

“All my weirdness around people is just weirdness about myself. I’ve always been self-conscious and shy, but I wonder if that can be your whole life. I might get used to all the things in the world and stop being anxious about them,” she says. She doesn’t sound very sure.

“Passing for Human” is a graphic work — Finck’s second, after her earlier “A Bintel Brief.” It is drawn in a straightforward pen-and-ink style but each simple drawing captures such raw emotion. It’s wonderfully intimate, like reading someone’s diary. And in a way that’s what it is. It tells the story of the artist’s search for her lost shadow. The first time I flipped through the book I wasn’t sure what that shadow represented: alienation, regret, creative angst, self-doubt? I read it again. 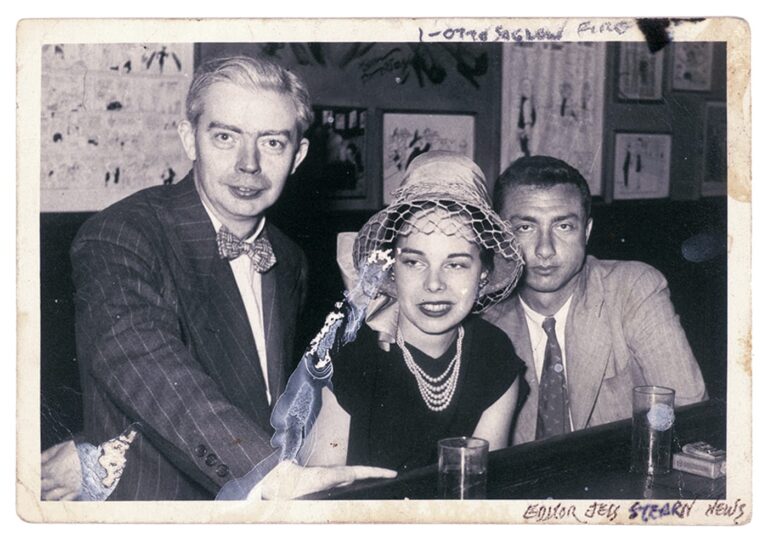 The Inkwell: “Dan O’Connor’s Bar, Grill, and School of Higher Journalism and Car-toonacy” 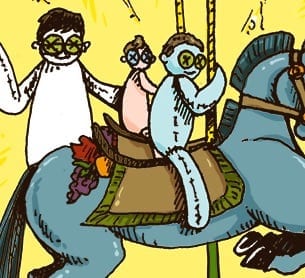