Today on the site, Jay Ruttenberg (who many of you may know from The Lowbrow Reader) interviews musician/cartoonist Jeffrey Lewis about his dual career. Here's a small sample of that.

You found an audience for your music fairly quickly, right?

I had been making the rounds with my comic books, doing the rejection letter thing. Meanwhile, while I was getting rejection letters for my comic books, I was getting more and more acceptance for the music and ended up with Rough Trade Records signing me. It was this incredible, bizarre thing to happen. I had never sent my music to record labels or to clubs the way I was sending my comics and getting rejection letters! With music, everybody was coming to me. Bands started asking me to go on tour with them. I was like, “This is great. I don’t have to get a day job—this will be great for drawing my comics.”

And how’d that work out?

It didn’t! The amount of time it takes to book concerts and all that stuff is all-consuming. So I probably draw less comics than ever. But I just managed to do two more issues of Fuff. And my album packaging is always some kind of elaborate design. Look at this packaging [2007’s 12 Crass Songs CD]—I should have won a Grammy! See, there’s a disconnect between the realms. When the label sends out the CD to reviewers, it’s in some blank slipcase. So none of the reviewers know that I put more time into the packaging than I put into the recording.

When you started, how much of a lark was music?

It was not a career goal at all. Which is not to say that I didn’t think the songs were really good. I knew I couldn’t sing and I knew I couldn’t play. But I also knew that I was expressing things in a way that affected me and felt powerful to me. And in some ways, it was a comic-book aesthetic. Joe Matt’s Peepshow comic was as much an influence on my songs as any songwriter.

Just the idea of, Okay, your life is crap. But if you can express that, it’s so funny. It’s just a way to turn tragedy—all of your loneliness and terrible habits—into comedy. Today that’s a bit of a cliché. Oh great, another confessional comic or songwriter—spare me. But at that time, it was a revelation to me. And it fed into my songs, which are more influenced by Joe Matt and Chester Brown than by Bob Dylan or what-have-you. There’s a huge amount of comic-book stuff in my head that feeds into the way I think of language and pacing in the songwriting.

—News. Prominent SF retailer Comix Experience is launching a graphic novel club to increase business, and attributing the need for the move to a local recent hike in the minimum wage.

—Commentary. Bart Beaty is trying to decide if The Spirit counts as a comic book.

—Not (Exactly) Comics. Fans of the aforementioned Lowbrow Reader may not yet know that its cover artist John Mathias had a book come out recently, a collaboration with writer Brian Abrams called Party Like a President; it includes many Mathias cartoons.

—Video. This is the weekend of the MoCCA festival in New York, and Friday night marks the debut of Tough Being Loved by Jerks, a new documentary on Charlie Hebdo: 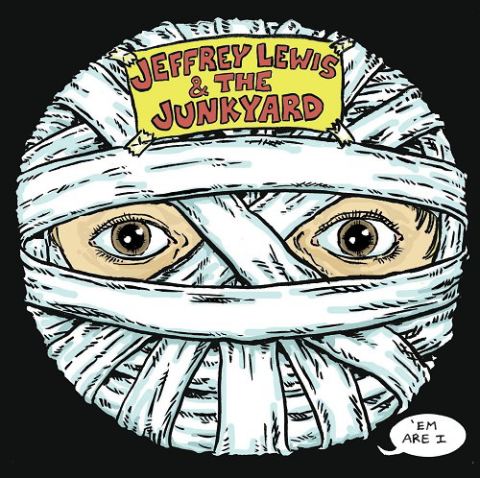 A Conversation with Jeffrey Lewis 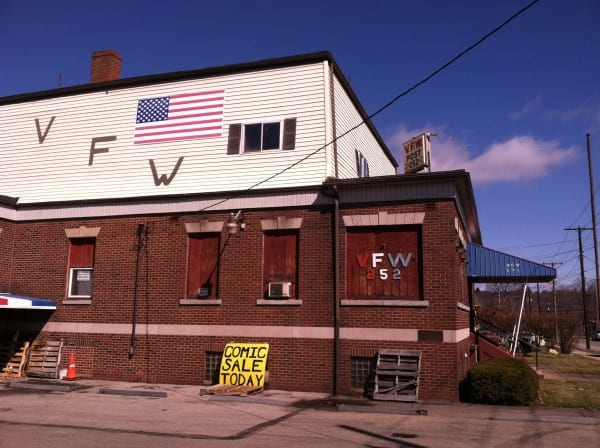