Okay, back from vacation and ready to go. First up, Rob Kirby is here with a review of the third collection of Esther Pearl Watson's strip Unlovable. Here's a sample:

Unlovable, which has been running for over a decade in Bust magazine, is based on an actual diary Watson found, apropos, in a gas station bathroom. It follows the travails of Tammy Pierce, an overweight, generally unlovely high school sophomore in a small Texas town, circa 1988-1989. Though Watson illustrates Tammy's life in excruciating, embarrassing detail to often-hilarious effect, her clear affection and empathy for her subject shines through. She universalizes Tammy's experiences, taking us back to relive our own tortured, giddy, deadly serious, horny, boring, and horribly self-conscious teenage years. Tammy is like the heroine of a John Hughes flick, minus the forced happy ending or the perfect Prince Charming (Tammy’s prince calls her "Puke Face," among other things).

This third volume of Unlovable opens at the start of summer vacation. Tammy’s adventures are presented in vignettes, touching on both the big events and quotidian details of teenaged life. In between laying out in the front yard for 40-minute sessions and visits to Collin Creek Mall, Tammy goes to summer school (bummer!), and hangs out with her skanky, big-haired friend Kim, whose boyfriend Erick Tammy eternally pines after (and he’s by no means her only heartthrob). Tammy is the third wheel of the group, but she remains undaunted: “Sometimes Erick tries to get me to do degrading things. But I would still go out with him.” Despite the pain of her unrequited crush, Tammy manages to have some fun times with Kim and Erick, especially making mischief, like when Erick shaving-cream-bombs a car full of screeching girls, or when they toilet-paper the yard of mean girl Courtney Brown on the night of her big party (to which they pointedly weren’t invited).

Amazon has expanded its battle with Hachette, and is now also taking on Disney.

The original art for the Stephan Pastis/Bill Watterson Pearls Before Swine strips raised over $74,000 for Parkinson's Disease research.

For perspective, the original art for the infamous Brian Bolland page depicting the shooting of Batgirl also just went on auction, and sold for more than $107,000.

—Profiles & Interviews. Chris Ware gives a funny interview to Dazed Digital, in which he reveals the time the police let him off with a warning after he was recognized as "that alternative cartoonist." Heidi MacDonald interviews Mike Dawson about being a midlife cartoonist. Paul Gravett profiles Matilda Tristram.

—Misc. Jerry Moriarty has a Tumblr. 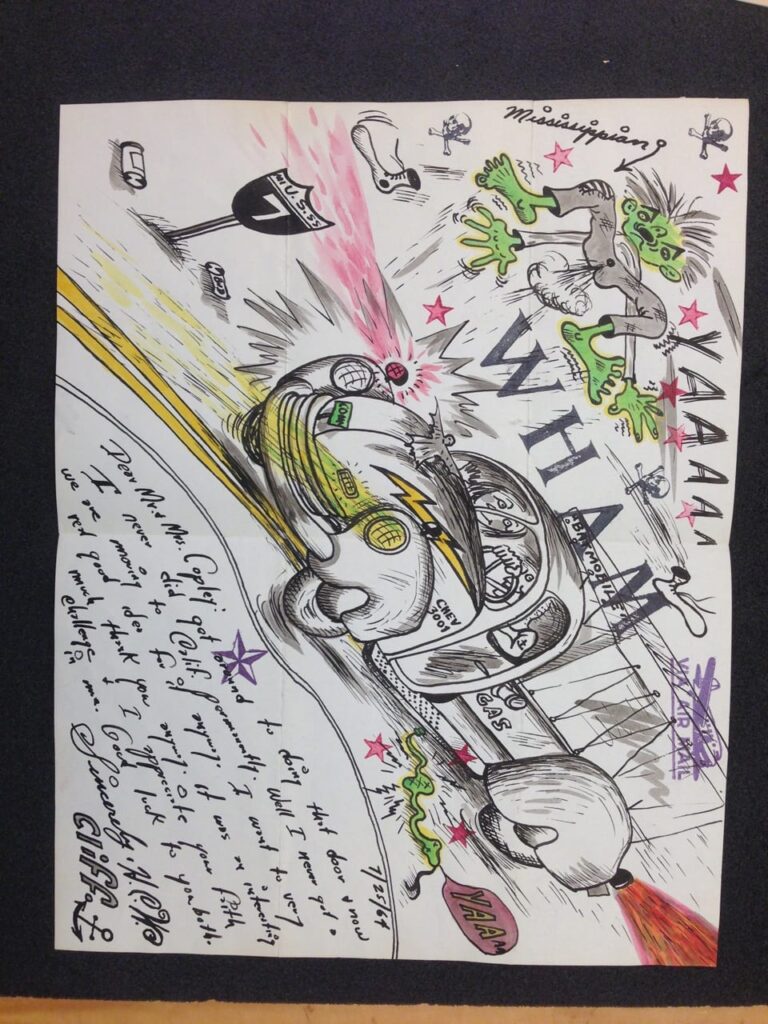 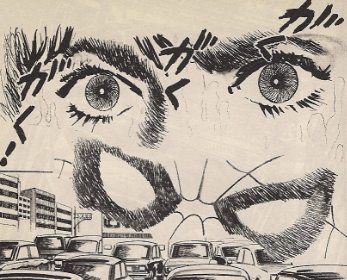 THIS WEEK IN COMICS! (8/13/14 – Tangled Notes Toward an Early Biography of Ryōichi Ikegami)