Today on the site we have the second part of Paul Tumey's enormously interesting chat with George Herriman biographer Michael Tisserand. Michael's book, Krazy: George Herriman, a Life in Black and White, is coming out December 6th. Here's the first part of the chat if you want to catch up. And here's some from today:

Paul Tumey: I was struck by how slight and skinny he was. And how his shoulders really do look his portrayal in that Tad boxing-in-the-office cartoon, large and rounded.

Michael Tisserand: And how big his hands appear to be!

Paul Tumey: Yes, those hands of Herriman’s look magical. So that’s a good segue into Herriman’s later years. It seems, after all those years of hanging out with fellow artists and colleagues, maybe dating a hootchie kootchie dancer at Coney Island, and travelling all the southwest, Herriman became somewhat reclusive in his later years. Is that right — and if so, why?

Michael Tisserand: He did. Undeniably. His granddaughter commented on it. So did Boyden Sparkes and Segar. There were bouts of reclusiveness before those final years too. His friend Harry Carr wrote to the Wetherills about how he couldn’t get George to go to Arizona, and how much it would help if George would go.

Shortly after Herriman’s wife died, an artist arrived to paint Bobbie’s picture. In her memoir, she said that it was the car crash that killed Herriman’s wife that had made Herriman so isolated and depressed. She actually wrote that Herriman was consumed with guilt because he was driving the car, but this is contradicted by family stories and all the news accounts of the accident, and so it doesn’t ring true to me.

He also suffered from bad health, including debilitating migraines. Remember that he was making cartoons about suffering rheumatism when he was barely thirty years old.

Paul Tumey: I know that in some cases arthritis can lead to depression, which can certainly cause one to become isolated.

Michael Tisserand: I never want to diagnose Herriman. When I read a modern diagnosis in a biography of a historical figure, I start to think more about the biographer and less about the subject. But certainly it seems he was depressed in some fashion. And his contemporaries specifically talked about Herriman having an inferiority complex. In letter after letter, he disparages his work, or at least its lack of popularity. And yet, the work itself is uncompromising, and so confident in its own beauty.

Paul Tumey: I agree – it is dangerous ground to psychoanalyze a person from the past. But in those letters and accounts, if nothing else, Herriman seems to have been very self-effacing. That aspect of his personality comes through in your book.

Michael Tisserand: Yes, and racial passing actually means to literally self-efface. To remove a face. Again, I try very hard to not try to say what is going on inside Herriman’s head. My goal really was just to tell his story as accurately as possible.

Slow links weekend. The most relevant one is info on Resist, a free cartoon newspaper being put together by Francoise Mouly, Nadja Spiegelman and Gabe Fowler. 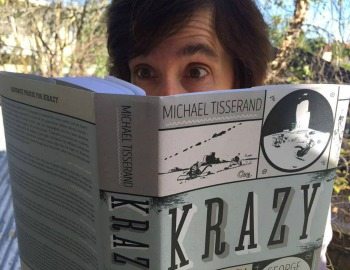 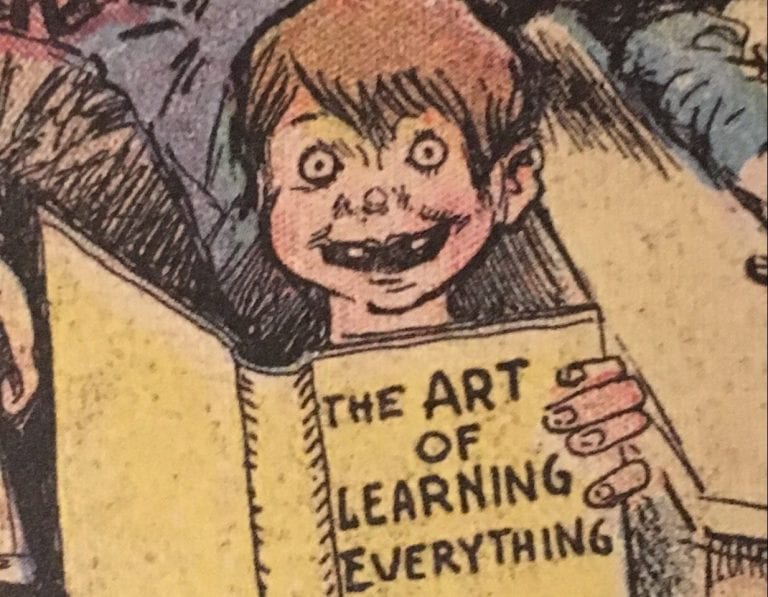