Good morning. Today we have a biographical essay on the pre-Barnaby Crockett Johnson, excerpted and adapted by Philip Nel from his new book, Crockett Johnson and Ruth Krauss: How an Unlikely Couple Found Love, Dodged the FBI, and Transformed Children’s Literature. This section focuses particularly on Johnson's early politics. Here's an excerpt:

He began to contribute to the Communist weekly New Masses. His first cartoon, published 17 April 1934, mocks self-professed experts on communists. In a cartoon published three months later, he goes after not only the rich in general, but President Roosevelt in particular. Billionaire industrialist J. P. Morgan reclines on a luxury liner’s deck chair. “CORSAIR” on the life preserver links Morgan to piracy, likening the captain of industry to the captain of a pirate ship. A young man delivers a message: “Radiogram, Mr. Morgan. The White House wants to know are you better off than you were last year?” Johnson suggests that President Roosevelt is more concerned with the wealthy than the needy, implying that, yes, the rich are doing fine, but how about everyone else?

In 1932 and 1933, 24 percent of Americans were unemployed, up from 3.2 percent in 1929. Though the unemployment rate would drop to 21 percent in 1934, the nascent New Deal had yet to produce major results. It was a time when people went on hunger marches, when police shot strikers, and when general work stoppages shut down major U.S. cities. As Michael Denning writes, “The year of the general strikes—1934—was also the year young poets and writers proclaimed themselves ‘proletarians’ and ‘revolutionaries.’” In his cartoons, Johnson announced his sympathy with proletarians and revolutionaries.

He signed his first cartoons simply “Johnson.” By August 1934, he began signing them “C. Johnson,” sometimes reverting to “Johnson” and once to “C. J. Johnson.” Whatever name appeared on the image itself, New Masses nearly always printed his byline as “Crockett Johnson,” the public debut of his pseudonym. The first cartoon to bear that name was published on 7 August 1934 and showed a wealthy capitalist wife complaining, “Just because your greedy workmen decide to go on strike I can’t have a new Mercedes. Somehow it doesn’t seem fair.” Thoughtful, soft-spoken art editor Dave Leisk had become radical cartoonist Crockett Johnson.

Elsewhere on the site, the ongoing Dave Sim/Kim Thompson negotiations have made a lot of progress, but also reached an apparent possible impasse, revolving around the best place to start the potential reprints. Sim's latest response, as of around noon yesterday, can be read here, and Kim's can be found here. Many, many people have stopped by to add their two cents, including but not limited to Ed Brubaker, R. Fiore, Gary Groth, Jeet Heer, Eddie Campbell, Sammy Harkham, Brian Hibbs, Eric Hoffman, Chris Duffy, and Leigh Walton. Tom Spurgeon has some commentary on the apparent bottleneck on his own site. Graeme McMillan of Robot 6 has used the occasion to reflect on reprints and comic-book history in general.

—It's Winsor McCay's 143rd birthday, and the Billy Ireland Library is celebrating.

—Charles Hatfield read a lot of comic books this summer, and has thoughts about them.

—Warren Ellis looks at Darwyn Cooke's use of infographics in his Richard Stark/Parker adaptations.

—The Robert Kirkman/Tony Moore lawsuit over The Walking Dead has ended in a settlement.

—And finally, a Not Comics item, prompted by all the Ernest Hemingway talk hereabouts lately: 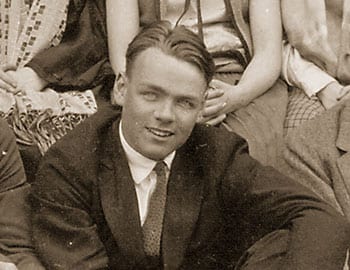 Before Barnaby: Crockett Johnson Grows Up and Turns Left 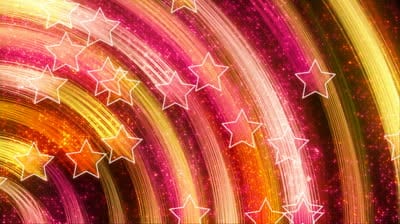