[Recently, in the final issue of his own self-published glamourpuss, Dave Sim included an essay reflecting on the end of his series, and the possible end of his professional involvement with comics. The reaction online was widespread, and soon turned to discussion of the future of Sim's earlier work, Cerebus. On a comments thread on this site, Fantagraphics co-publisher Kim Thompson wrote, "I’d be perfectly happy to repackage the CEREBUS material in a more bookstore-friendly format than those fucking phone books and give the material the new lease on life it (or at least the first two thirds of it) so richly deserves." The A Moment of Cerebus site, probably the best current online location for keeping track of Dave Sim-related developments, has collected Thompson's public comments on his potential interest in republishing some of Sim's Cerebus material here. So read that first. Sim, arguably the most iconic self-publisher in comics history, has agreed to publish his response to Thompson here at the Journal. The smartest thing to do in a case like this is probably to just step out of the way and let the man speak for himself.

Thank you to Tim Webber of A Moment of Cerebus for arranging this to be published here on TCJ.com.] 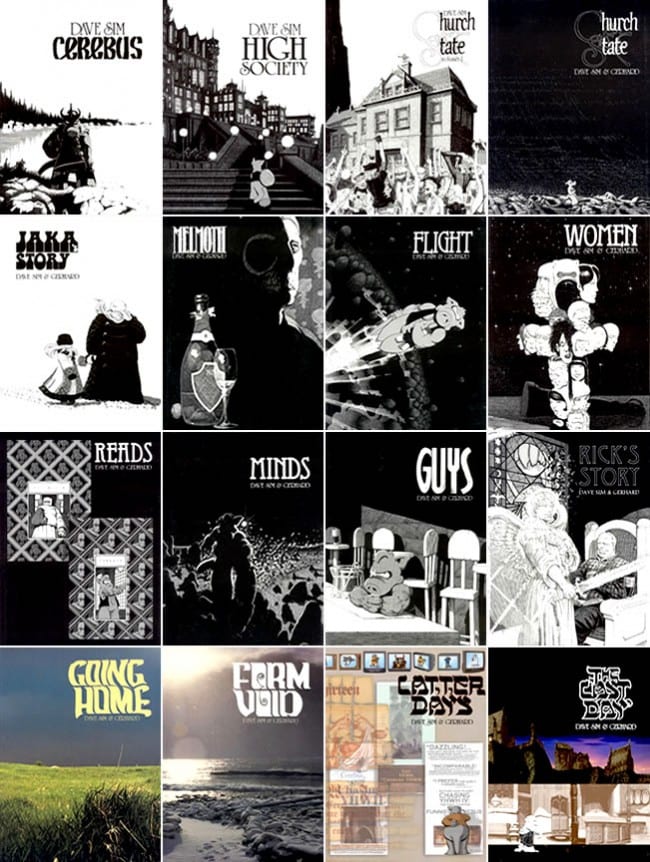 DAVE SIM:
Okay, well, Kim. Howdy. The short answer to your question would be, "No." Nothing against Fantagraphics, it's more a structural thing. We're talking about 16 volumes and 6,000 pages. Let's assume we could "do a deal" and let's assume further that we could have the deal done by this time next year. Even releasing one book a year -- with the kind of contextualizing that you're talking about -- which would be extremely optimistic, I think... and I'd imagine with your long experience in publishing you would agree... at best we would be talking about a contract through to 2029. Given how quickly everything is changing in terms of technology and publishing -- practically on a daily basis -- that would be really foolish on my part. Whatever happens with Fantagraphics between now and 2029, I have a vested interest in. I'd have to see deep inside your financial statements. What's your track record for paying royalties? Are you late? Are you getting later? Who do you pay and how often? Very messy, and I'd rather be drawing comics.

Again, I'm not singling you and Gary out -- and tell him I appreciate his phone message offering to publish The Strange Death of Alex Raymond -- I'm going through the same thing on the digital side. They want the whole catalogue. Well, of course they do, but same deal. It's a massive project. It's not "let's throw it against the wall and see if it sticks." I want to see what High Society does. Six months from now I'll have a much better idea of what is and isn't a good fit with the four companies I'm signed with.

(Interesting that you mentioned Barnes & Noble because they contacted me through John Scrudder and wanted High Society for their online side. They sent their contract and there were two clauses that were deal-breakers for me. I left a phone message saying, "These are deal-breakers for me." John heard back from them: they still want to talk to me. But they didn't call me. It might have to be tackled indirectly with one of the four companies I'm working with who does work with Barnes & Noble because their contract doesn't have those two clauses. Interesting world.)

So, that's the approach that I'm taking: one book at a time. Let's try this and see what this does. Same way I did Kickstarter. But that doesn't mean that I'm ruling Fantagraphics out as the publisher of Cerebus. I'm not ruling anyone out. Why would I?

Actually a publisher of Cerebus. I think we might be moving past the point where any intellectual property has the publisher. It doesn't fit the structure that we're moving into, I don't think.

Let's take Fantagraphics as an example. What do they bring to the table that attracts my interest? This is difficult to condense, but basically, Gary and Kim have worked very hard to make Fantagraphics and all of its material "New York Times-worthy" and they've been very successful. Very successful, which is no small trick. So, I look at my catalogue and I go, "What have I got that's New York Times-worthy?" My best guess would be Form & Void, the Hemingway book, or Going Home, the Fitzgerald book. My preference would be Going Home because I prefer Fitzgerald to Hemingway by a wide margin. He was more difficult to "do" and I was more sympathetic to the subject matter. But -- in New York Times frames of reference -- Hemingway is "way up here" and Fitzgerald is sort of "over there." Which they, I suspect, kind of feel bad about because I think they secretly like Fitzgerald more than they like Hemingway. The idea of Fitzgerald as opposed to the idea of Hemingway. So they compensate for that by putting The Great Gatsby way, way, way up here with A Farewell to Arms and many of Hemingway's other books. Which I don't think is accurate, but that's what makes horse races, right? The Beautiful and the Damned is, to me, a much better book, as is Tender Is the Night. But the point isn't to try to jam something down the New York Times' throat. The point is to find a way to take Kim up on his offer -- to include Fantagraphics as a key player in Cerebus' future based on what they have managed to do. They are the only "New York Times-worthy" heavyweights in the comic book field. Undisputed champions. "An thass no lie," as one of Crumb's black characters might say.

Form & Void is already annotated by me. So we have the book itself -- 250 pages or so -- and we have the back of the book. And we have about six inches of raw materials that went into it. All the stuff that I got from the JFK Library -- Mary Hemingway's original Africa diary typescripts -- print-outs of the photos Thiessen took for Look magazine that I traced for many of the panels. How It Was, Mary Hemingway's memoirs with all the stuff underlined that attracted my attention and how that varies from her original diary entries. The mystery of what happened to her original diary she wrote in Africa -- and how I proved that it was handwritten and not typewritten by her in Africa. She typed it when she got home.

But before I get to the punchline, I have to document something Fantagraphics did very right...

Yes, it was partly an accident. It's not one of those things you could plan even if you were that crafty. Fantagraphics in the comic book field is the New York Times. Which is interesting because the New York Times is a newspaper and Fantagraphics is a publishing company. It's apples and oranges, right? It's the Comics Journal that's the New York Times, right? In a way, but not in the most important way. The New York Times is the New York Times and the New York Times Book Review. That's their split. And in terms of getting the Quality Lit Biz to function properly, it doesn't work because there's no "inside." You can be "in" or "out" depending on your book. From the newspaper's standpoint "in" and "out" are great. The more controversy the better it sells. But it means there's no cohesion. No pantheon. Just the free-for-all turf war that Jules Feiffer described so accurately in Mailer: His Life and Times. Because there's an "inside" to Fantagraphics, there's a pantheon. Jaime and Gilbert, Dan, Chris Ware, Peter Bagge, and then tapering out from there. If you're "in" there's no way of telling if you're on Olympus or one of the spear carriers because it doesn't make a difference. "In" is "in." So Drawn & Quarterly, as an example, isn't a threat. It's an ancillary pantheon. Gilbert can say in Previews that Chester's Paying for It is the best comic book he's ever read. And it's no literary "log-rolling," jockeying for position, the long knives aren't out with guys cutting each other to pieces (with minor exceptions like Pekar vs. Spiegelman way back when). So there's this unified coherent thing happening that is "New York Times-worthy." Which is what The New York Times Book Review has always aspired to and has never been able to maintain for longer than a week or two before it all spontaneously combusts.

So, it would really be a matter of taking Form & Void and wrapping it in a New York Times-worthy blanket. Which is what Kim is talking about (I suspect) when it comes to contextualizing. I won't come out very favourably in it. I don't expect to. The IDW Little Orphan Annie collections are unreadable for me, because I want to read context, but I want to read Harold Gray's context and what I get is Jeet Heer's context. I've tried reading the first book's introduction about a half dozen times now and I always end up going, "Oh for the love of Mike," and quitting a half dozen pages in. Chester should be doing the research. As a libertarian he'd be a lot closer to Gray's viewpoint. But Chester needs to be writing and drawing comics. And it's a good trade-off for IDW. It gives them New York Times credibility and cachet wherever New York Times-worthy books are sold in massive quantities.

Elevator pitch: I think Hemingway was completely bi-sexual and knew how badly that would go over in the 1950s but forged ahead and documented it knowing that posterity would be a lot kinder in the fullness of time. Which it has been. But the discussion really seemed to have stopped with Mary's book (not time yet) because of the collision-course with the perceived Ultra Macho Hemingway. It gets addressed in the biographies -- most of which I read to that point (2002) -- but tangentially and I think it's central to who Hemingway was. That's what Form & Void was all about, Charlie Brown.

So, the bottom line for me would be: I hope Kim isn't talking about doing to me and Form & Void what Jeet Heer has done to Harold Gray and Little Orphan Annie. But my mind isn't closed on the subject. "Sorry, Dave, you want to sell Form & Void where New York Times-worthy books are sold, you're going to have to climb up in the cage and bite the head off the chicken (metaphorically speaking)." Well, so be it. As President Kennedy said, "Let us never negotiate out of fear, but let us also never fear to negotiate." Let's do so publicly. Completely publicly. The contract Fantagraphics is offering me, how Kim envisions the context being developed, candidates for doing the New York Times-worthy "contextualizing" (first salvo: please no Jeet Heer, as much as I like Jeet as a person and I do like Jeet as a person). Does Kim want to do it himself? Does Gary? Any time you have new thoughts on the subject, just post them here and I'll respond to it.

[Dave Sim is currently taking and answering questions from readers as part of what is being called the HARDtalk Virtual Tour. Go here for more information.] 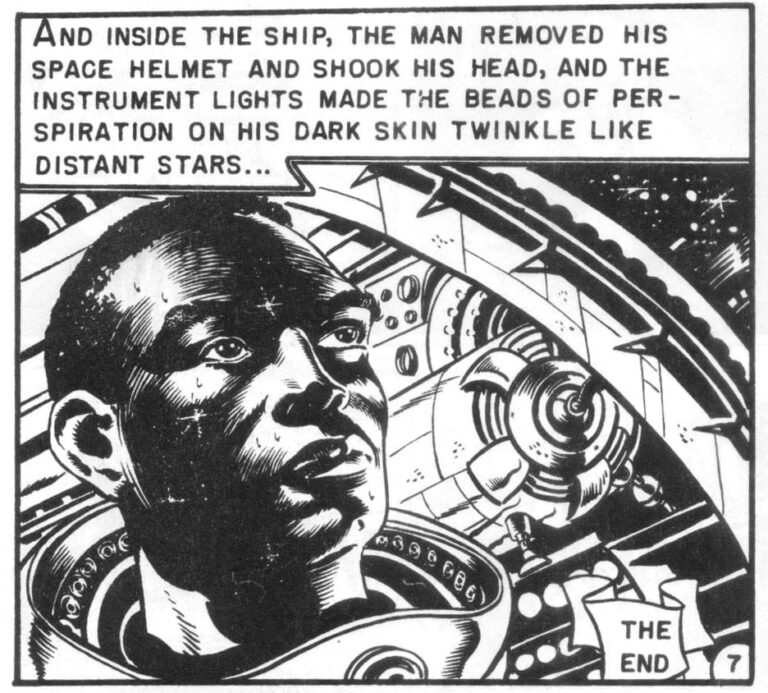 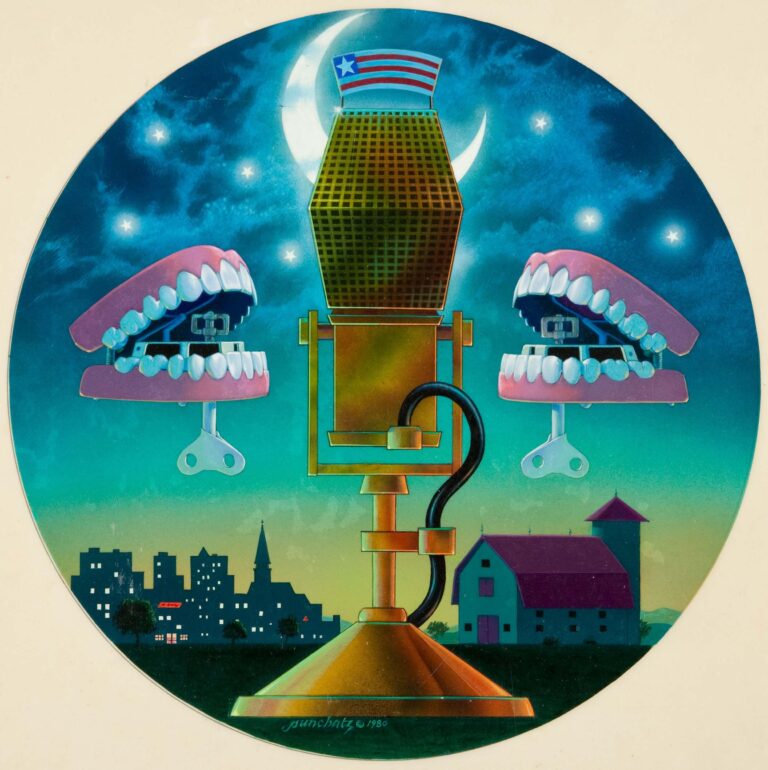