Today at The Comics Journal, we're starting up another Cartoonist Diary--this time, it's with Jesse Reklaw. His week starts off with Tai Chi! I'm already at superfan level.

That's not the only thing we're launching--today also sees the first installment of Greg Hunter's two-part study in Robocop comic books. Young people may only have heard of Robocop via a series of Kentucky Fried Chicken commercials featuring the character, but prior to those appearances, the character was featured in multiple comic books. Mr. Hunter, please to enjoy:

Numerous iterations of RoboCop after 1987 exist outside of comics: two film sequels, a reboot, and multiple television series, none of which benefited from Verhoeven’s black humor or the push into the grotesque he gives eighties action-violence. Even a couple of the non-comics spin-offs have a notable sequential connection: Frank Miller. Coming off the success of The Dark Knight Returns (1986), Miller turned to Hollywood, with mixed results. Although he received a story and a co-screenwriting credit for RoboCop 2 (1990), the final film is far afield from Miller’s vision for the sequel. Miller returned to work on RoboCop 3 (1993), again receiving a story and a co-screenwriting credit, with the finished movie again disappointing him. “Don’t be the writer,” Miller later said of the experience. “The director’s got the power. The screenplay is a fire hydrant, and there’s a row of dogs around the block waiting for it.”

The experience may have slowed Miller’s cinematic rise, but it did not mean a break with the RoboCop character. Before the release of the third film, Miller scripted perhaps RoboCop’s best-known comics appearance, the RoboCop Versus the Terminator mini-series (Dark Horse, 1992). At this stage, Miller maintained much of his deftness as a comics writer. He neatly combined the two franchises through the premise that RoboCop’s merger of human and machine supplied the self-awareness necessary for the eventual robot takeover of the Terminator films. (At first, the story’s Terminator machines seek not to destroy RoboCop but to defend him from a time-traveling revolutionary.) Miller also writes for his artist, Walter Simonson, a heavy hitter in his own right.

Our review for the day is of the first volume of Mob Psycho 100, courtesy of Tom Shapira. He's on the fence, but leaning pleased.

ONE’s other major effort is Mob Psycho 100, which ran from 2012 to 2017 and is just now being published in English translation. Looking at the surface it would be easy to criticize Mob Psyco 100 as derivative of the author’s previous work; the focus of the first volume is on ghosts and psychic powers instead of superheroes but otherwise much is the same: like Saitama the protagonist of the story, Shigeo Kageyama AKA Mob (as in ‘one of the mob,’ not a gangster) is overtly powerful in a way that allows him to end any conflict easily; like Saitama his biggest issue is his passivity which allows the danger to flourish until he finally arrives to deal with it; just as in One Punch Man there is a con-man who uses the hero’s powers to advance his social statue. Both series seem to exist as an inversion of popular shonentropes – in series such as Dragonball, Bleach and Naruto the hero must become stronger through a series of fights, life as endless struggle that demands constants self-improvement. Both One Punch Man and Mob Psycho 100 start with hero already the strongest one there is and work from there.

Yet despite these similarities it would be wrong to brush aside Mob Psycho 100 as a case of second album syndrome. First, because even if it operates within the same perimeters they are narrow enough to make it feel unique compared to other works; second, because we often allow beloved creators to offer a corpus of work that is undeniably of similar bent; and third, because Mob Psycho 100 is just good; which probably trumps all other arguments. 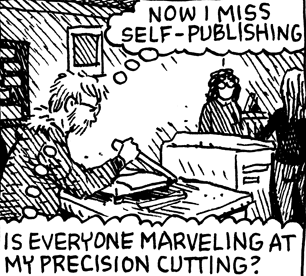 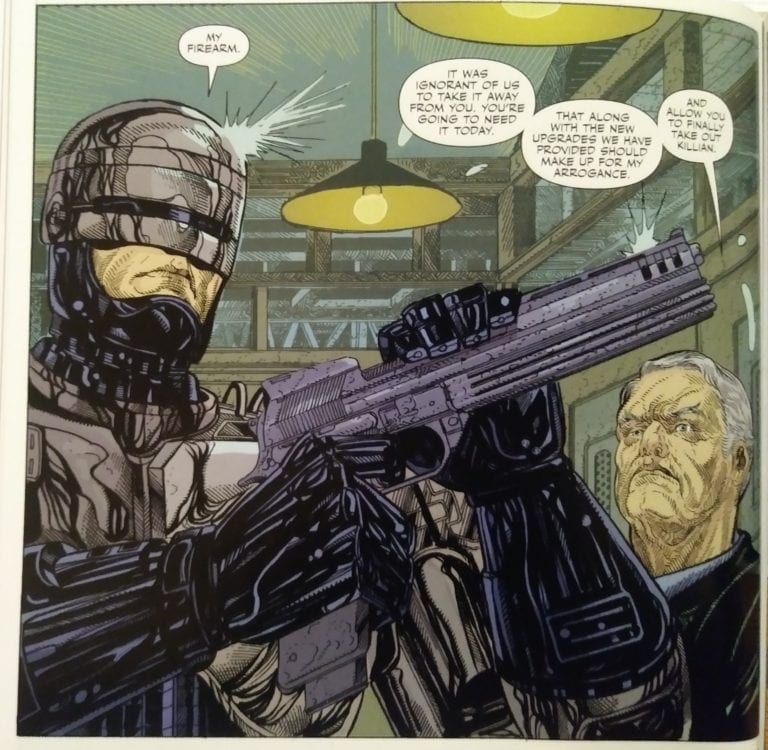 ED-CMYK: A Survey of RoboCop in Comics (Part Two)