Today, Noah Van Sciver returns for the third day of his Cartoonist's Diary series, continuing his stories of life as a fellow at the Center for Cartoon Studies.

Also, the great cartoonist Eleanor Davis makes her TCJ debut (if you don't count her own Cartoonist's Diary series from last year), with a review of Kevin Czap's Fütchi Perf.

Why is it that art about good things is so often bad art? Most of the happy images we see day-to-day are selling something, or the artist is trying to pull a curtain across the ugly parts of life. Art showing flowers, babies, smiling families, and people in love is often inane or disingenuous, and the awful thing is that this bad artwork makes the happy stuff itself seem fake. As artists we can get scared of making art about the things that are most precious to us: we don't want to make something bad, and we don’t want those parts of ourselves to be vulnerable. So we make low-risk cynical sad little stories, and we stop trying to imagine a kinder world.

And finally, we are republishing Dennis Daniel's 1993 interview with Dennis Eichhorn, from issue 162.

DANIEL: Do you write with specific artists in mind?

EICHHORN: Oh yeah. Now that I’ve gotten into it, yeah, I’ll have a story and I’ll think, “Oh, J.R. Williams ought to do this one, this is perfect for him.” Or I’ll have a story that a lot of artists might hesitate to tackle and I’ll give that to Holly Tuttle because she can draw anything. Sure, you bet. There are some times, I’ll see somebody’s work and it will make me think of a story, so I’ll sit down and write it for them. I get portfolios from different artists, and sometimes I’ll look at it and it will just really ring a bell and I’ll have no trouble ... In fact, with Howard Chackowicz I wrote him five stories right away, and I’d never done that with an artist before. But other people, I’ll get their work and it just doesn’t do anything for me. I’m not saying they’re not talented, it just doesn’t inspire me to write a story. So I just shelve that and go on.

DANIEL: When you’re trying to think about experiences in your life that you want to turn into a comic book story, does it ever enter into your mind that a certain story may not be appropriate for public consumption?

EICHHORN: Well ... I try not to repress anything. There are a couple of stories that are real painful for me to deal with, and I don’t have the right perspective on them yet. And if I ever get it then I’ll include them. But I’m not really trying to make myself look good — I don’t think that I do. The only times that I’ll look good is when some artist will make me thin or give me a Peter Parker physique or something like that. I kind of shy away from the ones who do that. But that’s in terms of looks. In terms of behavior, it’s obvious that I was real troubled while I was growing up and into my adult years, and there’s no way I can avoid that so I try to include it — and it’s pithy stuff, and lot of the people are just as fucked up as I am, so they can identify with what I’m doing and the mistakes I made. It’s an exercise in anti-heroism. The really good biographical stories that I like are often that way: Charles Bukowski is such a great example of that. Henry Miller is another good example of that. They didn’t paint themselves as beautiful people. They were just real honest about what they did, and I find that real appealing.

—News. According to the Moscow Times, an exhibition of the work of cartoonists Dominique Goblet and Kai Pfeffer at the Nabokov Museum in St. Petersburg was shuttered and closed due to concerns over nudity in the images.

—Interviews & Profiles. Jaime Hernandez is a guest on the RIYL podcast.

—Misc. The New York Times asked several artists, including Anders Nilsen, Cece Bell, Rutu Modan, and Jillian Tamaki, to create one-panel comics. The Times called this a "challenge," though most people would consider this to be one of the oldest and most traditional forms of cartooning... (Nilsen basically ignores the conceit, which the Times either didn't notice or didn't care about.)

Former TCJ editor Robert Boyd has started a podcast, and his first episode includes a report from CXC. 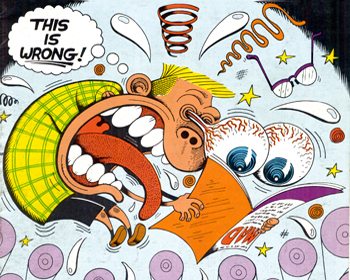 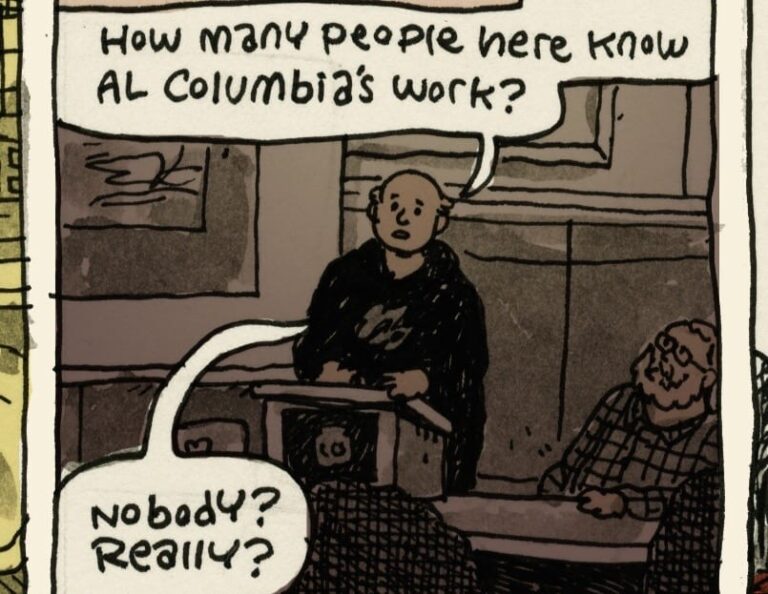