It's a great day for podcast fans, with Mike Dawson talking to Craig Thompson for the latest episode of TCJ Talkies. When his Habibi was released last fall, Thompson seemed to appear on every podcast produced, even those devoted to things other than comics, like fishing and plumbing, and so we decided to hold off until a bit later and see if it wouldn't make for a slightly fresher interview. Now we find out if that strategy worked.

Elsewhere, Mahendra Singh has started his series of posts on the work of Moebius with a very technique-heavy look at Airtight Garage, which he provocatively links to the Goldberg Variations.

Graeme McMillan doesn't like the term "artcomix." What he may not realize is that no one likes the term artcomix. And that's true whether it's spelled as one word or two, with an x or an s. But the alternatives (such as "alternative comics") are pretty bad, too. And a shorthand way of differentiating between stuff created by artists who are trying and those who are merely fulfilling a commercial formula is often very helpful, at least for those of us who regularly write about comics, so this dilemma isn't going away very soon.

The anonymous fellow or lady behind that New Yorker cartoon critique Tumbler from a couple weeks ago explains the philosophy behind the site more here and here.

Finally, I don't believe we've mentioned yet that Sparkplug Comic Books is holding a fundraiser to publish several new books. I know I just wrote last week that I tried not to link to these kinds of things, but this too seemed worth an exception. 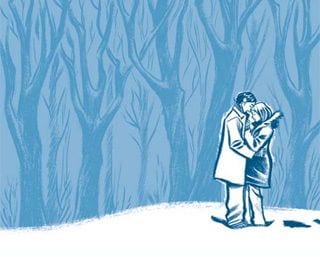 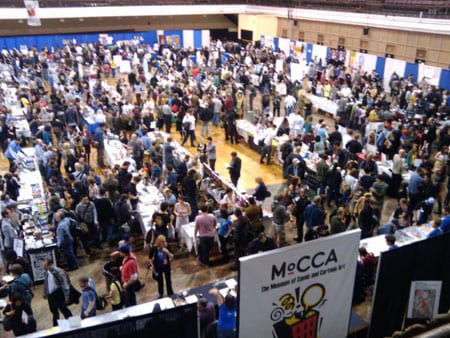 State of the Art Museum: What MoCCA Has Accomplished and Failed to Accomplish After Ten Years