What follows is a collection of tributes to the artist Jesse Hamm, who died this past May; for more information, please see Andrew Farago's obituary, which this post supplements.

“I am still so saddened by the news of Jesse Hamm's passing. He was the key reason I am where I am today in creating comic books and publishing. I met Jesse at the very first APE [in San Jose in 1994]. I had a table selling xeroxed copies of my eight-page comic book series Scattered. He came to my table and we quickly started up a lively conversation. We found we had a lot in common including our faith and wanting to create comic books. We came to a fast partnership in publishing together. Our books would be divided in half in which I would continue my series and he would back it up with his own original series Comics to Bore and Confuse You.

“It was at this point he really got serious and took the lead in printing our books professionally, publishing them, and landing distribution. We would go to shows together which was a lot of fun. For some reason, we would basically stay up all night drawing and then drive to a show the next morning. I remember a particular road trip we took together to San Diego Comic Con. We traveled in his car that would overheat getting over the grapevine, but that was just part of the adventure. I also remember us finding a very ‘inexpensive’ motel to stay at and we both ate out of cans the entire trip. (We were both young, and starving artists). He showed me how to not be shy and talk to publishers, creators and talented folks. I learned a lot from Jesse and I will always remember his grace and love for everyone he met.”

“I have a vivid memory of walking back to the house with Jesse and Anna, probably after buying some snacks or shepherding them in from the bus stop. A really sketchy dude appeared on the sidewalk fifty yards down from us, making a big show of how Creepy and Unpredictable he was, probably stoked at the prospect of scaring two bitsy young women. Suddenly Jesse went into Silverback Gorilla Mode, thundering out in front of us, throwing off his normal unassuming slouch and squaring his shoulders, turning on the scary biker dude scowl up to 11, all without speaking a word or breaking stride. He just radiated ‘NOPE.’

“This display immediately injected fear of God (or, you know, Hamm) into Sketchy Dude, and his performance suddenly included a VERY strong need to be on the other side of the street ASAP. And then we just kept walking to the house, without commenting on it at all. He went back to Clark Kent mode and we had a lovely evening.

“I think about that interaction a lot. Jesse was not somebody who sought out confrontations with misbehaving people (as evidenced by his gently amused reporting on the fascinating wildlife that rides Portland public transit at 2am). He didn't make a big deal out of ‘saving’ us or go on a rant about the neighborhood's street population, or demand kudos in any way. He just anticipated that this guy was trying to make life unpleasant for us, and he used his dude powers to shut it down.

“I didn't feel patronized; I just felt protected. I think about that moment whenever the subject of superheroes comes up. Surely that's what it feels like when Superman turns up and casually scoops you out of the path of an incoming train.”

“Jesse drew and co-wrote the Flash Gordon: Kings Cross miniseries with Jeff Parker, colorist Grace Allison, and letterer Simon Bowland. The story—text and art—is crisp and quirky and a perfect balance of realism and cartoon humor. But more importantly, it’s a story about people working together and supporting each other, and that’s something that Jesse personified within the comics community. He taught others to value each other’s differences as strength—whether that was someone’s experience with a certain type of art or writing, or with inhaling spores that turned them into a horse-man.”

“My feeling is that none of us [at the earliest Art Night meetings] knew what our long term goals were.  We just wanted to be ready for whatever happened. To grow our work and our style and be on the ledge, ready to jump. That’s also when we did a lot of free work, or barter, or simply help each other with a pin-up, a back cover, etc. Jesse, from what I could tell, just wanted to tell his stories. At the time I don’t think he was looking at the larger picture. He didn’t have a specific character he was trying to push or develop into a larger context.  His work was whatever hit him at the time. And whenever someone did land some work Jesse was among the first to praise and support them. He didn’t have a jealous bone in his body.”

“In terms of pure artistic skill, I think Jesse was the best of the artists in our Bay Area circle. His draftsmanship and figure drawing was so beautiful and said so much in so few lines, and all his characters were completely distinct. He clearly came from a place of intense training and practice.”

“Two things about Jesse. First, he was a devout Christian who truly lived his faith, and for him that included refusing to take art assignments he considered too sexual, violent, or otherwise contrary to his morals. When we pitched a graphic novel together (a sci-fi comedy called Trash, for which he drew fantastic art), he made sure in advance that my script didn't include any sex scenes. It did not. I would never write anything for Jesse that would go against his principles.

“Second, he was an absolute magnet for people seeking fetish art. It was uncanny. His artwork was never salacious, he made it clear he didn't draw sex or nudity, but that just made fans get creative. Every time he sold sketches at a convention, people would come up with extremely specific requests for She-Hulk ripping out of her clothes or a barefoot Supergirl stepping on things. He once drew a very sweet minicomic about a boy seeing the popular girl at school as literally larger than life, and for years people contacted him about drawing giantess porn. It was like comics was out to corrupt this pure-hearted Galahad in a ThunderCats t-shirt.

“Maybe these aren’t the most reverent memories, but I’m remembering Jesse telling these stories and laughing that full-body laugh, and it’s like I’m laughing with him all over again.”

“Derek Kirk Kim and Jesse Hamm were an editor’s dream team [on Good as Lily for the Minx line at DC Comics]. It was instantly apparent from Jesse’s samples that he had an innate command of sequential storytelling, from spotting black areas for page balance to pacing and nuanced characterization. And he was a total pro in every sense of the word. I’m grateful we had the opportunity to work together again on [IDW's "Black Crown" anthology] Hey, Amateur! I was so impressed with the essays and tips Jesse shared on social media and knew he would bring his deft skills and wry humor in spades. He is greatly missed by the comics community.”

— Shelly Bond, editor of Bitter Root and CEO of offregister.press

Jesse was my first friend in the world of comics and conventions. I met him at Stumptown Comics Fest in 2005, where I was showing my work around and soliciting critique. He began inviting me to hang out with other young cartoonists — we met up at Dylan Meconis’s apartment where she held a comics salon every week. People would mostly chat. Jesse did, too, but he was also always drawing. I remember being impressed with his ambidexterity and maybe a little confused when he said he cartooned with his left hand so that his drawings could be loose. I had no real idea why that’d be a good thing. Still, green as I was, he thought enough if my work that he brought me along to visit what later became Helioscope Studio. After a year or so of doing assistant work, we both became members, and I had the pleasure of working beside Jesse on a daily basis while I produced my first books. He was always enthusiastic and thoughtful when I asked for advice.

Jesse Hamm was a great champion of anyone with a dream to make comics. I’m indebted to him not only for helping me in my first steps as a professional, but in being a friend in a new city where I knew zero humans. He was humble, witty, quick to laugh, and above all, a generous soul. And he looked great in a bandana. I’ll miss him very much. 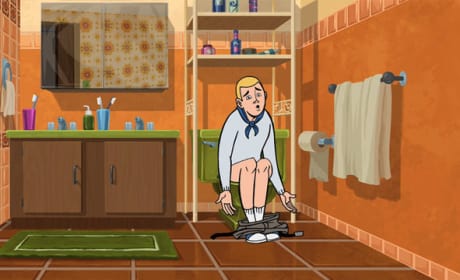 Another Time, Another Place – This Week’s Links 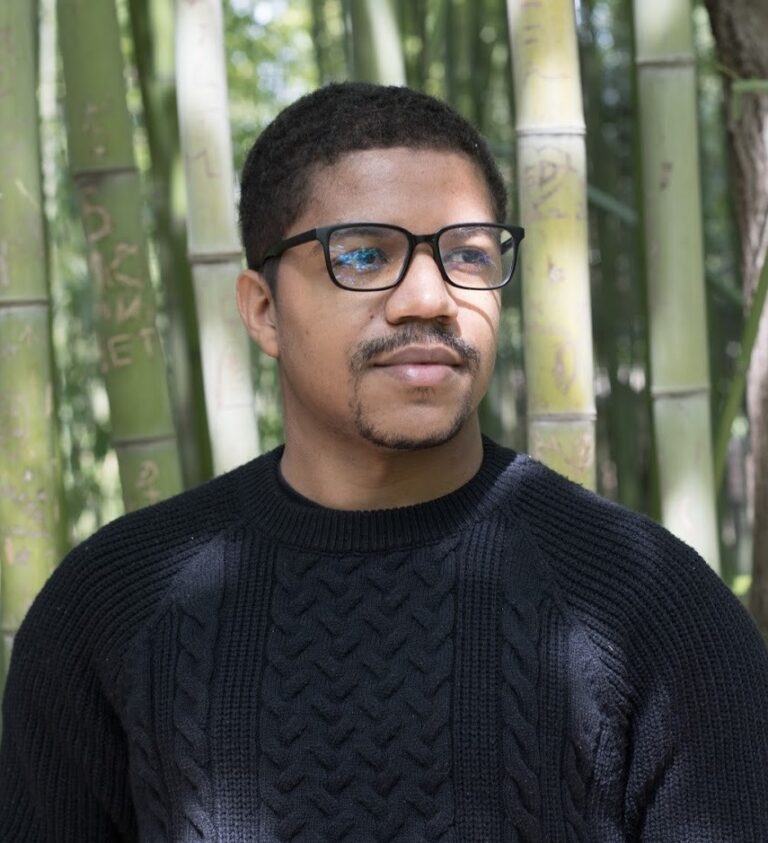 “I Showed Way More Dedication To Comics Than I Ever Did To My School Work”: An Interview with Juni Ba