Heat waves all round this week, leading to a series of 503 errors when you try to do much other than lie around bemoaning the fact that your country’s housing infrastructure hasn’t been improved since the Second World War.

Links though? They’re insulated against everything, except maybe a mass global internet outage, so you can find a selection of them below. Just remember to stay hydrated, clicking is thirsty work.

the internet is a limitless expanse if information effortlessly at your fingertips. i hate it here pic.twitter.com/3TmJkhVKSb

Hot off the presses… This week’s news.

• Koyama Provides announced the latest recipient of their grant program, with Meghan Turbitt receiving $1,000 that “will help support me while I work on a book about my pregnancy, postpartum and early motherhood experience. The book expands the story I began in the two comics Pregnant & Fired and Laughter Birth.”

• Pulling the classic move of dropping a comics bombshell on a Friday afternoon, The Pulitzer Prizes last week put on their best Rorschach voice and announced that “No prize was awarded in Editorial Cartooning”, which understandably led to widespread consternation in the illustration ranks, with Jen Sorensen, President of The Association of American Editorial Cartoonists, releasing a statement condemning the Pulitzer Board’s recent decisions with regards to the medium, and requesting the return of entry fees to those who submitted. The Daily Cartoonist rounded up the resulting fallout, which received national coverage, and a formal statement of disagreement from the Big Three Comics Syndicates.

• Comics personnel changes summer continues, as Oni Press-Lion Forge announced that there is to be a mutual parting-of-the-ways with Editor in Chief Sarah Gaydos, effective immediately, with Publisher James Lucas Jone providing cover in the interim - Gaydos had been in the role since January of 2019.

• Meanwhile, in the digital comics space, The Beat covers a series of new hires joining the Tapas Media fold, as Jamie S. Rich comes on board as the new Editor in Chief, fellow DC alum Alex R. Carr will take on the role of Senior Director of Publisher Relations, and Kevin Nicklaus rounds out the trio as Head of Creative Development - Tapas was acquired by Kakao Entertainment last month in a deal worth $510 million.

• Finally this week, the sad news arrived that Dheeraj Verma, a prolific artist on both Indian and American comics, passed away earlier this month, due to pulmonary fibrosis and COVID-19, aged 53 - Multiversity Comics have an obituary for Verma, and you can see more of his work here.

Back of the net… This week’s reviews.

• Tegan O’Neil reviews the ingratiating joy of Aubrey Sitterson, Tyrell Cannon, et al’s Beef Bros - “I don’t believe the superhero genre is inherently reactionary just because the companies that own the most famous superheroes in the world have no interest in promoting any agenda but their own. The desire to anger neither side of a political debate simply reinforces entrenched ideology. The characters themselves feel compromised, fed up after decades of being micromanaged by bean counters and monied psychopaths who bask in warmer waters many levels above those of “mere” writers or even editors.”

• Hillary Brown reviews the provocative annoyances of Nathan Cowdry’s Crash Site - “After 15 months of seeing how callous a lot of people are, maybe I’m ready for some art that treats its audience and its characters more gently. Or maybe the talking underpants are just an excuse to draw a lot of close-up views of crotches.”

• Helen Chazan reviews the glorious craft of Masumura Jūshichi’s Children of Mu-Town, translated by rkp - “There is an appropriate perfection to Masumura’s draftsmanship, one that becomes more evident the longer you dwell in these pages. and the more often you return to them. In every illustration, one thing will slowly reach your attention as impeccably rendered - each stiffly gestural mark comes alive with the variety of weights and textures applied.”

• Andy Oliver reviews the bleak impressionism of James Albon’s The Delicacy, and the timeless resonance of Gareth Brookes’ The Dancing Plague.

- The virtuoso insights of Torben Kuhlmann's Einstein: The Fantastic Journey of a Mouse Through Space and Time, translated by David Henry Wilson.

Hillary Chute reviews a trio of new releases, including the rich history of It's Life As I See It: Black Cartoonists in Chicago, 1940 - 1980, edited by Dan Nadel; the devastating heartbreak of Rebecca Hall's Wake: The Hidden History of Women-Led Slave Revolts; and the frank poignancy of Guy Delisle's Factory Summers.

• Tom Shapira reviews the ambitious positivism of Jiro Taniguchi’s Summit of the Gods.

You go on without me, I catch up later. pic.twitter.com/aLr8BItgkP

Jason Bergman presents an unabridged version of a conversation with Howard Cruse, originally conducted in 1995, as they discussed the origins of Stuck Rubber Baby, historical and personal reference, and the realities of getting things published - “What I usually say is that I'm pessimistic in many ways about the future, but I believe that the only useful way to spend your life is behaving as if it's possible to counter negative trends and improve things, and I try to do that in my work and it just has to do with one's own self-respect. Also, however, the civil rights movement, as it played out in Birmingham, demonstrated that street activism works.”

• Avery Kaplan interviews Savanna Ganucheau about Turtle in Paradise, colour palettes and historical accuracy, and the connections with the past that a visual medium engenders; and speaks with Ben Kahn, Rachel Silverstein, and Sam Beck about Renegade Rule, video game inspirations, the joys of doppelgängers, and in-fiction fashions.

• Joe Grunenwald talks to Paul Constant about Snelson: Comedy is Dying, online culture, writing an unlikeable lead, and art as a special effect.

Andy Oliver speaks with Dave Baker and Nicole Goux about Everyone Is Tulip, LA connections, online publication promotion in a year (and counting) without conventions, and creative collaborations.

Various outlets covered a web event, hosted by Michael Shelling with Vita Ayala and ChrisCross talking about Static Season One, building on what came before, the importance of depicting a supportive family unit, and bringing the character’s return into the current moment - pick your transcription of choice from AIPT, The Beat, Polygon or SYFY Wire.

Christian Holub talks to Samira Ahmed about Ms. Marvel, the importance of representation in comics, the core of the character, and superpowers as metaphor.

Borys Kit interviews Marc Bernadin about Adora and the Distance, avoiding memoir, the ebbs and flows of publishing, and reader reactions.

Jim McLauchlin speaks with Brandy Cross about Missouri’s Distant Planet, creating a community of your customers, building your business plan around your ethics, and distribution diversity.

Osvaldo Oyola talks to Brian Cremins and Brannon Costello about The Other 1980s: Reframing Comics’ Crucial Decade, highlighting examples beyond the usual suspects, the formative expansion of the direct market, and what they’d like more academic coverage of.

Elias Rosner interviews Katherine Lang about Soul to Call, webcomics history, platform evolution, and making sure to have fun.

Vivek Menezes talks to Aminder Dhaliwal, Sanjay Patel, and Nishant Saldanha about the instant feeedback from online audiences, the joys of being able to show what you're working on, and the trap of social media.

From the RSS feed to your eyes… This week’s features and comics.

• Here at TCJ, spurred by the publication of Regina Hofer's Fat, Oliver Ristau provides context on the Austrian comics scene, and the narrative implications of the plasticity of language, by way of graphic medicine, science fiction, and history - “But stepping away from foreign tongues not always easily transferable to the universal language of narrative rhythms: there are few who command those panel beats like Hofer does, her art amenable to tonal sequences not always easy to follow, but providing readers with reliable unease in seeing things in her drawings that cannot be unseen after recognizing their true meanings.”

• Over at NeoText, Chloe Maveal writes on personal history with Enigma, and the series’ theme of sexual awakenings and the visual narrative in support of this.

• For 13th Dimension, Paul Kupperberg shares the difficulties in mapping out the geography of a fictional planet, even when that planet is ostensibly Earth.

• A pair of pieces from Heidi MacDonald, as Fables returns for good or for ill (mostly depending on your personal politics), and libraries attempt to survive the pandemic while also navigating the current wealth of graphic novels hitting the market as reading habits evolve.

• A Marvel-focused week for Shelfdust, as Jay Rincher breaks down the Bendisisms of Secret invasion #3, and Dani Kinney makes the case for Jessie Drake as the best mutant while examining the character through the lens of contemporary anti-trans legislation.

• Over at Mindless Ones, Illogical Volume begins a series looking back at Jaime Hernandez' LOCAS: The Maggie and Hopey Stories, examining the early jettisoning of genre tropes and shift in art style, and its shattering of story structure.

• Writing for PopMatters, Zachary Rondinelli takes Joe Ollman’s Fictional Father as a starting point and charts comics' relationship with paternal figures, as well as the scholarly coverage that the subject has borne.

• If you would like to read a gonzo hagiography of Neal Adams, courtesy of National Review, well, that is something you can do.

• Similarly, if you would like input from all possible sides as to whether J. Scott Campbell has the right to reply when artists on the internet provide “fixes” on his work, then Insider has you covered.

• Mike Peterson rounds up the editorial illustration beat for The Daily Cartoonist, as history comes under attack, bipartisanship seems one-sided, and international relations are strained.

A cacophony… This week’s audio/visual delights.

• Sally Madden and Katie Skelly put the Thick Lines of Sam Kieth's The Maxx under the microscope this week, discussing its arch take on the superhero genre, musical accompaniments, and how KoЯn visit a museum.

• Gil Roth welcomed Glenn Head to the Virtual Memories Show, as they discussed Chartwell Manor, the artistic challenges posed by the book, and the intricacies of memoir.

• Kristen Radtke hosted this week’s cartoon workshop for The Believer and Black Mountain Institute, closing out the series, taking viewers through drawing comics about experiences of loneliness and alienation.

• 2000 AD’s Lockdown Tapes returned, as MOLCH-R spoke with Trevor Hairsine about a career in British and American comics, channeling influences, commemorative plaques, and the confidence needed for negative space.

• A few trips up in the Word Balloon this week, as John Siuntres spoke to Howard Chaykin, Mark Waid, and Fabian Nicieza for your viewing pleasure.

• Deb Aoki hosted this week’s episode of Mangasplaining, as the team discussed Izumi Tsubaki’s Monthly Girls’ Nozaki-Kun, and how realistic its depiction of manga-making may or may not be.

• Dan Berry welcomed Shelly Bond and Laura Hole to Make It Then Tell Everybody, as they discussed Filth & Grammar, and just how you go about distilling a career in editing into a single volume.

• The hills were alive with the sound of SILENCE! once more, as Gary Lactus and The Beast Must Die were joined by John Riordan and Dan Cox for a chat about crowdfunding your comics, and a little bit of comics collecting (and occasionally reading) discussion.

• Publisher’s Weekly’s More to Come presented part 2 of their Rose of Versailles deep-dive, celebrating the first time that the manga has been available with a full English translation.

• Matt Lune was joined by Matt Sibley for this week’s edition of Sheldust Presents, as they discussed Guardians of the Galaxy #5, as part of the site’s ongoing Secret Invasion invasion.

That’s it for this week, England play Scotland in the Euro qualifiers this evening, so I fully expect things here to resemble Neil Marshall’s Doomsday by tomorrow. If not, back soon with some more #content. 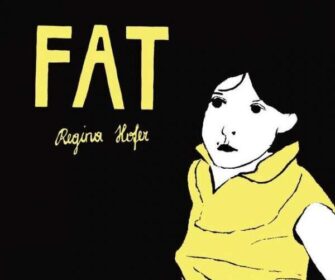 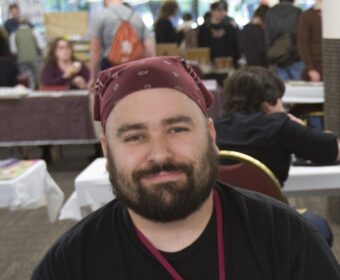