Good morning, all. Today, we bring you Rob Clough's lengthy interview with the Troop 142 cartoonist and popular podcaster Mike Dawson. A brief sample:

It is true that Chris and I went there with two other friends, and also sadly true that we were the only four mopes at the resort not hooking up with anyone. We took that vacation at a time when we were all single. We all lived in the city, had decent jobs, and some money to spend. We thought it would be a great time. Honestly, Hedonism was a skeevy place to spend a week. Yes, a lot of the details from the story are based on things we saw or experienced. [...] The steroid guy in the story who yells at Christopher Vigliotti and his friends for not scoring, and then brags about having unprotected sex in the hot-tub, that guy was real too. He was the one who had figured out that the thing to do was book a ten-day trip, because that way you'd get two batches of guests at the resort to hook up with, since most people were there for one week. Really, almost every character in the story is based on the people we encountered down there. While the trip was a bust for me and Chris, it gave us a lot of story material.

In sadder news, the underground filmmaker George Kuchar has died. Although his primary reputation derives from his films, Kuchar also had a lot of ties with the comics world, both as a friend of such figures as Bill Griffith and Art Spiegelman (both of whom appeared in his movies) and as a cartoonist and contributor to Arcade himself. If you aren't familiar with his work, I strongly suggest tracking down a recent documentary made about Kuchar and his twin brother Mike, It Came From Kuchar. If you subscribe to Netflix, it is available for streaming right now. This is required viewing for anyone interested in underground art (as are Kuchar's own movies). 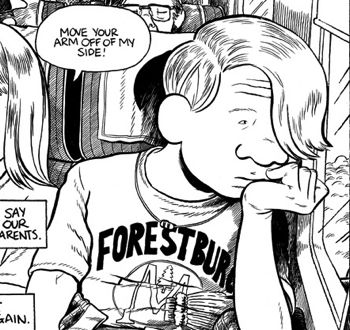 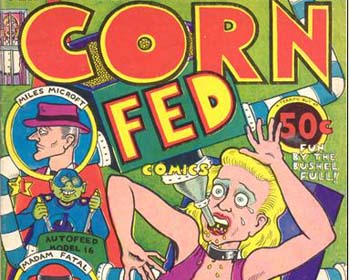