As evidenced in my last post, when you're "in comics" there really is no escaping "comics." In "the biz," this is the phenomenon we call "Comics!" So who else resides on this tiny little island where I'm vacationing with my Rachel and her family? None other than Dean Mullaney, late of Eclipse Comics and now the man behind The Library of American Comics, who I met for lunch yesterday at Parrotdise, just down the road and around the corner. Anyhow, we're hoping to expansively feature some of Dean's upcoming books (his astounding Polly and Her Pals volume, complete with a killer essay by Jeet, was one of my top ten for 2010) in the very near future. Comics!

Speaking of which, as some of you know, Facebook is one my favorite places for off-the-cuff remarks by cartoonists young, old, and middle-aged. Facebook: It's a hole you must fill. You type and it appears. Facebook! Like going to the comic book store and talking to the shop owner, but without ever having to get dressed, go the comic store, and spend money. Jeet (Him again?! Oh Jeet!) tipped me off that on Facebook Joe Matt has had some words about Chester Brown's forthcoming book, Paying For It (hype alert: soon to to be the subject of major coverage here in May). Jolly Joe says:

Note that all of the people who commented on the post AND who have read the book (including the great Dylan Horrocks) disagree with Joe, which seems to have made him feel better.

Speaking of the oldest profession, comics, and Facebook, as you might know, the "great" Atlas/Seaboard properties are being brought back. Finally, more Wulf the Barbarian in stores. Phew. In honor of this ongoing occasion I bring you this choice quote from artist Alan Kupperberg, who worked in the Atlas/Seaboard office:

The publishers used to buy hookers for the distributors. One time, still at Marvel, Martin [Goodman] was down in Florida and Chip [Goodman] got ahold of Martin's little black book. He called a couple of the girls and said he wanted some freebies or the old man wouldn't employ them any more. The girls called Martin and finked out Chip. Who received a spanking when daddy returned home. A putz.

And now, a few links for your Friday:

National Lampoon has been on our minds again lately thanks for Rick Meyerowitz's excellent tome Drunk Stone Dead, and now comes news that the current owner of the franchise has been arrested for a 200 million-dollar ponzi scheme. Comics! I believe over at Comics Comics we once listed books we'd love to see from Nat Lamp. Top o' the list is Shary Flenniken. Well, Rick tells me that a Charles Rodrigues book may be in the offing from a publisher familiar to you and me. I would buy that. Twice!  Also at the top of my personal list: A Bobby London Dirty Duck book, a Jeff Jones Idyll book (seriously, people, put aside your preconceptions -- that strip is rad), and a nice tidy collection of all the Russ Heath Lampoon work. (People: Remember Russ Heath. He's in tough shape. Think about buying a book or commissioning a drawing.) Sigh. Being a publisher and a historian and a blogger is a deadly combo for you, dear reader, since I spend a lot of time just dreaming up books. Luckily our patrons here at FB will be doing Nuts by Gahan Wilson, so that's good.

And that is all. I am now returning to my vacation. Please don't bother me. Unless it's you, Alan Moore, wanting to talk about Ogden Whitney. 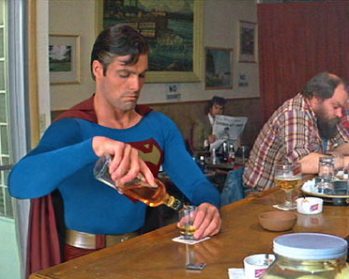 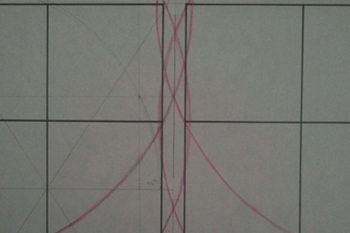