Today at TCJ, we're roaring into a short week with plenty of TCJ branded online content for you: hopefully you'll stick around for the duration. I'll be hanging out at a school bus stop for the first time in over twenty years, if you need me. I'm the guy who is sick of sharpening pencils.

That's not the only trip that's going down though--why not relax into the brain of Cynthia Rose, who'll walk you through the halls of Paris' Musée Guimet for their current show, On the Road to Tōkaidō? With a focus on the work of Utagawa Hiroshige, it's...well, let's let Cynthia explain it:

The show is a virtual trip down a route with 53 stops, in works that depict enchanting views, breathtaking scenery and delightful picnics. But these holiday-style high points are grounded in reality. So there are also weary parents with cranky kids, unwelcoming locals and screeching roosters that shatter the traveller's sleep. Each new village has its own tourist traps, from hustling hoteliers to overpriced bars. It may sound a lot like National Lampoon's Vacation. But it's all happening in 1833 – on a Japanese trail once as iconic as America's Route 66.

Today's review comes to us from Rob Clough, who is here with a look at 2017's What Is Left, by Rosemary Valero-O'Connell. As Rob puts it:

Often, when the work of an emerging cartoonist starts to gain attention, it is useful to consider their most recent work prior to their breakthrough comic. Rosemary Valero-O'Connell is not only gaining praise for illustrating the Mariko Tamaki-written YA book Laura Dean Keeps Breaking Up With Me published earlier this year, but she's also signed with First Second for two books of her own. Prior to that, she's released an impressive series of mini-comics, including one for Zainab Akhtar's ShortBox, What Is Left.

In a bit of synchronistic timing, Akhtar announced just yesterday that ShortBox were crowdfunding an extensive reprinting of What Is Left (along with other stories by Valero-O'Connell).

We're also pleased to be roaring into the week with yet another Cartoonist's Diary--if you haven't been keeping up with them, there's an easy fix for that. This week, we're in the hands of Kurt Ankeny. In Monday's installment, he annoyed his son and in today's, it's Mother Nature who is altering his plans.

Finally, there's this. Following years of allegations, rumors, insinuations, the publisher hopping, Crossfit-preaching, did-you-know-I-have-a-daughter self-declared champion of women the world 'round found himself smashed right up against some new allegations of sexual harassment, and this time, he actually lost a job over it. Who would that be? Well, since you haven't clicked the link yet, it would be Brian Wood, and the newest claims would be from Laura Hudson. Full disclosure: Brian Wood and I have not gotten along for years, although initially that had to do with me disliking some of his comics, while I have gotten along just fine with Laura Hudson, because she hired me and paid me money to write about comic books. My general pessimism towards Wood increased over the years, especially after he made some weird claims about how I treated him at a party to some people who he thought liked him (they did not, and promptly rushed over to tell me about it as soon as he left), and continued after I attempted to repair the breach so as not to alienate my employer at the time. But eventually I--like most of the people who worked with Wood at Vertigo--gave up on trying, because life is too short, his comics were pretty generic, and you'd hear some fucked up rumor about the guy every other couple of months. (Meanwhile, Laura "Total Champ" Hudson kept finding ways to hire and pay me, won an Eisner for comics journalism, and generally stuck to being great.) Eventually, the noise around Wood got loud enough that it transitioned from people in Brooklyn talking shit about him at parties and became something you could read about online. (That's another Beat article about Wood's alleged behavior towards women, and it's from six years ago.)

At the time--2013--I was also writing a regular column for this site, often partnered with Abhay Khosla. We had discussed the idea of doing actual journalism on the allegations surrounding Wood, as both of us had found been pissed off by the claims made in a blog post by Anna Scherbina (which are now hosted here), claims which were subsequently covered in The Atlantic by none other than Noah Berlatsky. Instead, we took the safe route, and turned the whole thing into a mean joke.

And now, here we are again, right? Six plus years Wood has continued to work in comics, and while one can argue that his assignments have been less plum, it certainly doesn't seem like he's had to suffer any consequences for a consistent pattern of behavior described by multiple women, again and again--hell, the first comment on Samantha Puc's piece from a few days ago is someone saying "Damn that’s really disappointing. Still think he’s a great writer and i will most likely buy his books but he seems to be a shitty human being", a note perfect distillation of the philosophy that ensured Wood's employment would never truly be seriously questioned....until this past weekend, when, after years of insinuations Dark Horse Comics figured that they could hire somebody with a little less of a toxic cloud around them to handle the 113th comic book mini-series spun-off from a 1979 Ridley Scott movie. Congratulations all around. 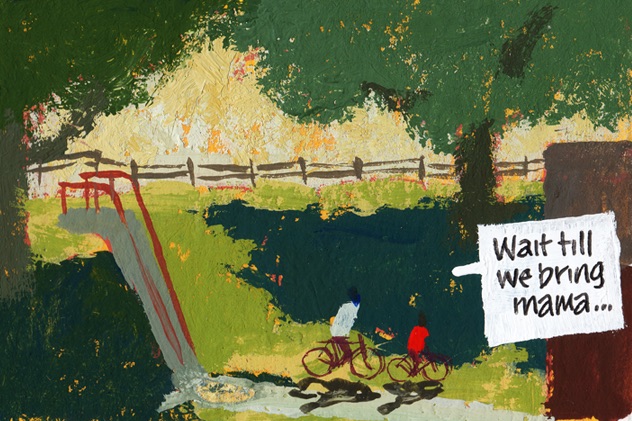 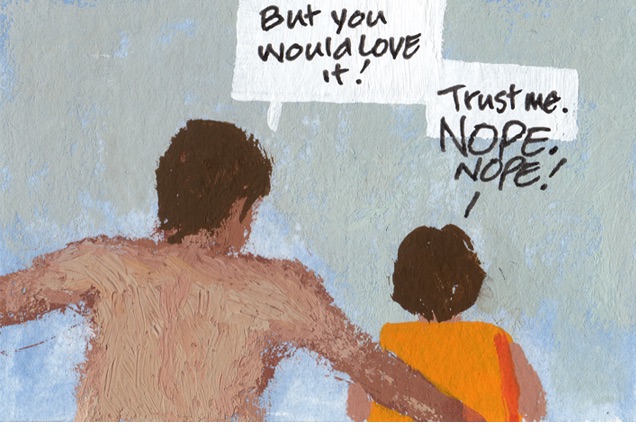